For those that grew up in the golden age of PC gaming, the name Sierra undoubtedly brings a smile to your face as you recall its unparalleled adventure games including Police Quest, Space Quest, Quest for Glory, and of course what got them started in the first place, King’s Quest. Okay, so they weren’t great at naming things, but you can’t argue with the games themselves, I spent many a happy night trying to figure out how to help King Graham or one of his children get through their various adventures. 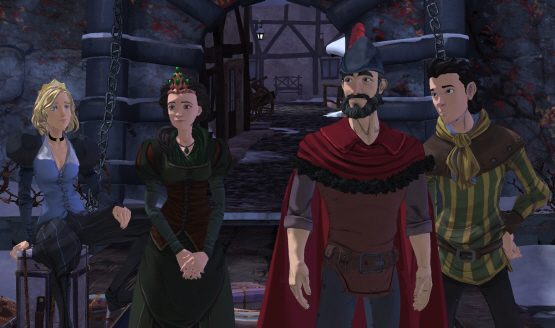 Although Sierra as a company is a pale shadow of its former self, all is not lost. Recently, Sierra has partnered with Telltale Games to resurrect the King’s Quest brand. Telltale is going through a bit of a golden period of its own. What started as a way to make more Sam and Max games (a staple of adventure games in their own right!) have ballooned to include adventure games set around The Walking Dead, Batman, Borderlands, and more.

If you’ve played any Telltale game, you’ve played them all. They are all episodic in nature, with each episode being about two to three hours long. Most of your time will be spent talking to people and searching your environment for items that will help you solve various puzzles. The story bits are occasionally interrupted with some sort of quick time event or choice, which will often have repercussions down the line as you play the various episodes. The reason Telltale has spread its formula to so many brands is pure and simple: the writing and world building is top-notch. Characters are often distinct, funny, and well fleshed out over the course of several episodes. You are really given a chance to bond with them.

I recently sat down and played through chapters 1–5 of the King’s Quest series and have come away both elated and surprised. Firstly, I have to say, the game is MUCH stronger for having played back to back. While I understand the financial decisions behind releasing the episodes, playing them back to back really helps the characters shine through. 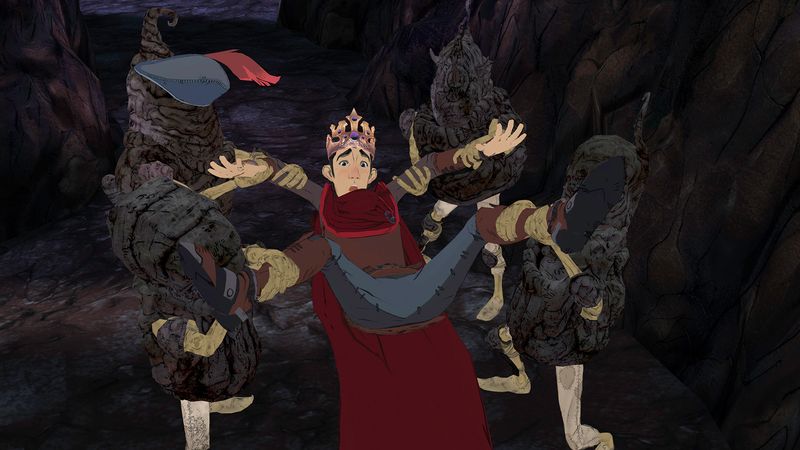 The game is centered around an old and injured King Graham telling his granddaughter, and later his grandson, stories from his past. This is a wonderful plot device which allows the game to explore different times in King Graham’s life that conveniently fit into spaces between the original canon King’s Quest games. It also allows the game to showcase Graham as he ages and deals with the things we all contend with: finding a mate, bonding with kids, and something you don’t see often in video games, experiencing old age.

Each of the chapters is very distinct from the next (although 1 and 5 have a lot of similarities) and will take you about three to five hours to complete for a total of fifteen to twenty hours for the entire game, which is standard. As such, I’d like to briefly discuss each chapter individually. 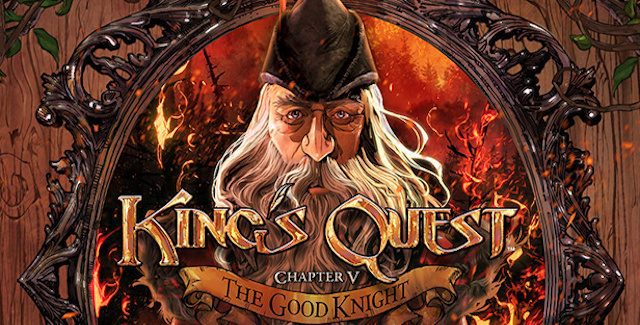 With all that in mind, I have to recommend the whole package. While occasionally the puzzle design did falter, the story was always wonderfully written with memorable characters and lots of great humor (I hope you’re okay with dad-level jokes toward the end, though!). For anyone who is a fan of Telltale, King’s Quest, or the golden age of adventure games, this one should be a no-brainer. Quite frankly, it’s stronger playing the chapters back to back. I have a feeling that if I had only played them every few months as they came out, I’d have enjoyed it a lot less.