Kirby’s Blowout Blast is Coming to a 3DS Near You

Kirby is heading to the 3DS just in time for the holiday.  Nintendo has officially announced the upcoming release of Kirby’s Blowout Blast for the 3DS. The digital only  game will be available for download on the 3DS eShop on July 6th in North America with Japan getting the newest Kirby title a little early on July 4th. Check out the Japanese trailer below.

As you may remember from the Nintendo Direct back in April, we will be getting three new Kirby games this year with Kirby’s Blowout Blast being the second in the trio. Adapted from the mini-game featured in Kirby’s Planet Robobot, Blowout Blast finds the pink hero fighting his way through over 25 expanded stages of colorful 3D environments. Kirby’s patented inhale and absorb ability also gets an upgrade with the addition of Blaster Bullets. This new talent allows Kirby to inhale multiple enemies to create and launch one large Blaster Bullet, an attack capable of wiping out an entire squad of villains.

Have you seen this:
Aquaman 2 Producers Talk Amber Heard and Recasting 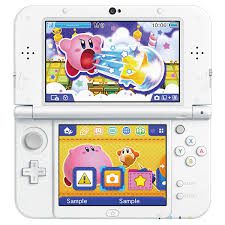 The trilogy of Kirby adventures comes just in time for the 25th anniversary of HAL Laboratory’s flagship character. Earlier this spring we were treated to delightful Team Kirby Clash Deluxe and fans are still awaiting more information on the currently untitled Kirby multiplayer action game. This is a great opportunity for gamers to play through some quirky digital games prior to the upcoming Kirby for the Nintendo Switch. 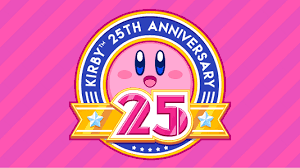 In other celebration news, Nintendo will also be digitally re-releasing three classic Kirby titles on the eShop with Kirby Squeak Squad, Kirby 64: The Chrystal Shards, and Kirby’s Return to Dream Land all landing on July 30th. For now, play Kirby’s Blowout Blast when it’s available for download on July 6th.

What’s your favorite Kirby game in the catalogue? Want to make a guess at the title of the next game? Comment below and stay tuned to GWW for more Kirby news.