Last Christmas has a deal of ingredients that should, in theory, make for a charming or engaging spin on the romantic comedy genre.

It has a wonderful cast, including an endearing lead performance from Emilia Clarke, a solid director in Paul Feig (Ghostbusters notwithstanding), and features some moments of genuine chemistry between Clarke and Henry Golding. However, the third act leans on a revelation that is too heavily telegraphed to be shocking, and too odd to be affecting.

Once that third act revelation occurs, the movie’s dedication to sweetness becomes too much weight for it to bear. It gets to the problem at the heart of Last Christmas: it is literally earnest to a fault. And it’s a disappointing fault, because Last Christmas otherwise has the makings of a sweet diversion for our chaotic times. 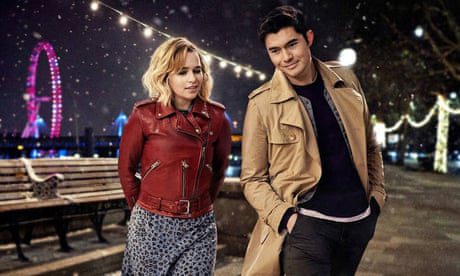 Its final message of accepting one’s faults and the faults of others is a kind one. It features an endearing cast that includes a show stealing turn from Michelle Yeoh as Emilia Clarke’s boss, Santa (yes). She plays the requisite “Tough But Fair” authority figure in any romantic comedy, but nevertheless manages to imbue the role with her trademark both dignity and cool, and with surprising vulnerability.

But it’s the schmaltzy heart of the film which winds up undermining it. There are hints of a rougher edged story in the fringes with Emilia Clarke’s Kat, a story which would make the film’s overwhelming sentiment feel more earned. As it stands, it’s an otherwise serviceable romantic comedy let down by a lousy third act.