Leaders of the Free World #1 REVIEW 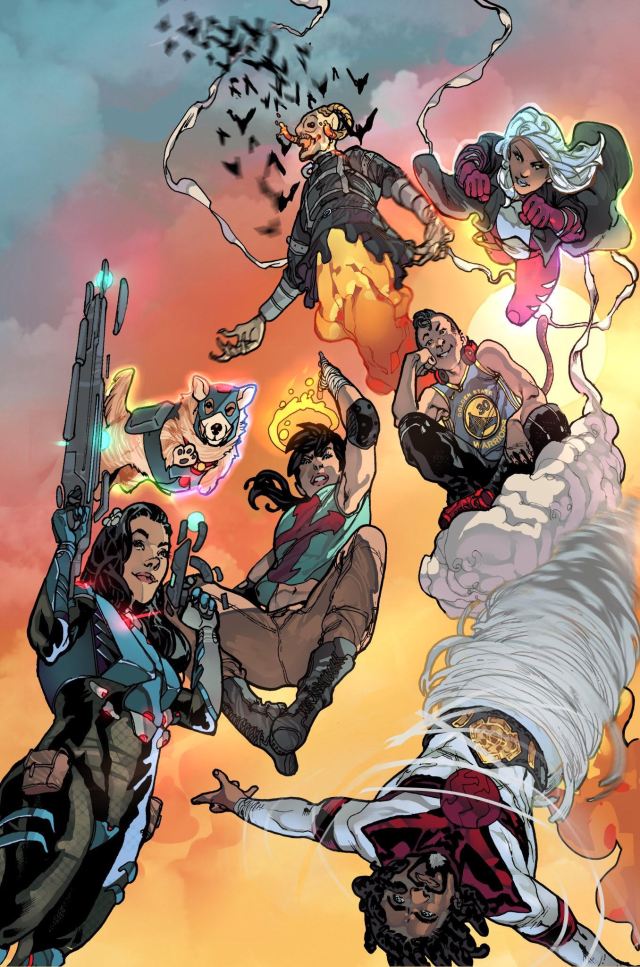 Leaders of the Free World #1
Independent

Leaders of the Free World #1 features a new group in a familiar setting, Earth, with one thing in common: they’re all very different. The inaugural issue was loaded with quite a bit of new information, with each character being brand new and without an origin.

While establishing the first storyline for the Leaders of the Free World, writer Corey Pruitt has put his primary focus on establishing the characters. That may seem like the obvious move with a new book with new characters, that’s not always the case. (Image’s Hardcore being an example of that.)

We barely scratched the plot’s surface. It’s clear Pruitt and artist Elijah Isaiah Johnson made their diverse cast of characters the point of emphasis. Not only are they diverse, but this group is part of a world that’s immensely divided.

It seems there will be eight characters included in this group, six being featured in this issue. Pruitt spends the majority of his time on the character Cong Li, who’s also known as Surreal The Monkey King. This teenager with a physical monkey tail can’t exactly blend in with the woodwork.

Neither can Surreal’s hero, a wrestler known as Brotha Nature whose real name is Illyas Godfrey. No joke, if nothing else this character should be enough to bring you back. He has the coolest unitard the wrestling world has ever seen and also comes from a line of powerful beings, just like Surreal. His mother is Gaia, who is a goddess, similar to how she’s portrayed in other mythologies.

That still leaves Medic, Tech-No, Moonshine, and Doohickey—who’s listed as a “cyborgi,” which sounds pretty cool. We get a taste of each, but Surreal and Brother Nature seem to be the two main characters to start.

There’s certainly potential with this new idea. Its message about diversity is clear, though not overwhelming to the start, which isn’t as simple to accomplish as it might seem.

Also, it’s easy to get lost in Johnson’s art—in a good way. While being the first artist to pencil new characters has its advantages, allowing room for error, being an independent book puts everyone involved in a spot where they’re forced to impress right away. Johnson, as well as Pruitt, did just that.