This is arguably my favorite episode of Legends we’ve gotten so far this season. I love a good bizarro world, and Doomworld definitely delivered! The Legion rewrote reality to not only make it so they have everything they want, but Darhk and Thawne wanted to keep the Legends around as entertainment, forcing them into precarious scenarios. The writing is great, the chemistry is exceptional, and everyone really came with their A game this week. It was very entertaining seeing the world that the Legion of Doom built. Besides watching the Legends stuck in an alternate world and the Legion collapsing in on itself; it was great to see Mick Rory as the central crux of the team’s revival.

Damien Darhk’s wish was to be mayor of Star City, get his magic back, and keep Sara and Amaya on as his personal hero hunting squad. We open with goth-vigilante Felicity Smoak on the run from them, ultimately beaten down, captured and brought to Darhk. After referring to Sara and Amaya as Darhk’s bimbo brigade, the thumbs down given by Damien leads to Sara snapping Felicity’s neck. Darhk then proceeds to add Felicity’s mask to his trophy case. He also has the masks of the Flash and Team Arrow on display, indicating the number of heroes that he’s had killed. Seriously one of the neatest shots they’ve done on the show. The premise of Darhk having heroes hunted down, and keeping his trophies is something that would come straight out of a comic.

Eobard Thawne is running STAR Labs and recognized as the smartest man alive. He has Jax and Stein creating a reactor which he wants to use to incinerate the Spear of Destiny, and the Black Flash in a containment cell. Thawne holds the rest of the Legion at arms length, constantly intimidating everyone as his possession of the Spear of Destiny places him as a major threat. He instructs Leonard Snart and Mick Rory to spy on Malcom Merlyn and Damien Darhk, just as they’re interrupted by Nate. Even in this reality Nate’s historian knack has remained, and he has noticed ‘scars’ in history leading him to believe this existence is warped. We also see a model plane that looks strikingly like the Wave Rider on Thawne’s desk. Speaking of the Wave Rider, Rip Hunter is apparently stranded on his ship. Without sufficient power to time jump, or send out a distress signal; he has resorted to drinking, paranoia, and mastering fondant bows for his cakes.

After Thawne orders Snart and Rory to kill Nate, Rory gets frustrated by Snart’s constant demeaning and knocks him out. He rescues Nate, explains the new reality the Legion of Doom has created, and the two proceed to track down Ray Palmer. Ray is now a janitor and they find him playing a video game where you kill Dominator Aliens. He has also subconsciously built a laser gun that restores memories. So begins the game of tracking down the members of the team to bring back their memories. As each member of the Legends team regain their memories, Mick Rory receives a few punches for playing a part in creating Doomworld. The team then regroups at Nate’s mothers house, who apparently makes the best sandwiches ever. Meanwhile Snart, Merlyn, and Darhk plan to take advantage of the Legends fighting Thawne to get the Spear for their own use. This leads to a major battle royal over the Spear near the reactor.

The teams battle one another, Nate and Damien knock out Thawne with the Spear, almost resulting in a high five between the two. The Spear is passed around like a football during the most exciting play of the game, only for Mick to pick it up. Snart tries to persuade him to hand it over, chastising him a little too much, and he instead gives it to Amaya asking her to undo this mess. She begins the chant, but is suddenly hit with Snart’s cold gun, freezing her entirely, Snart then taps Amaya causing her to break into pieces. In the midst of the shock and tears, Thawne awakens, gets ahold of the Spear again, drops it into the core, and it is incinerated.

Thawne tells the Legends and the other members of the Legion to leave, finding it more fun to taunt them, as opposed to killing them. The Legion proclaims they are going to kill Thawne. The Legends, mourning the loss of their teammate, decide on a plan. They agree that only way to undo this reality is to go back in time,  and stop the Legion from ever getting the Spear of Destiny. Meanwhile, we see Rip finally prepared to send out his distress signal, confirming that he is held within a miniaturized Wave Rider inside Star Labs. 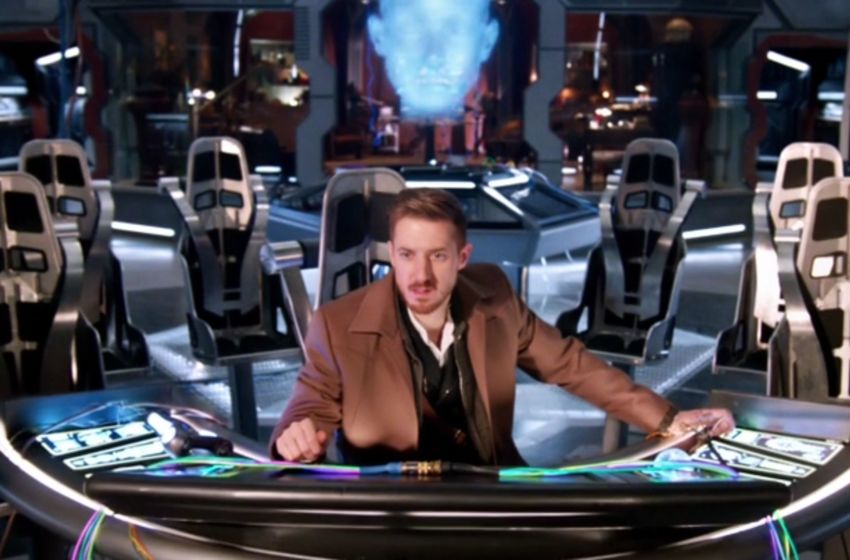 This week’s episode gave us one of the greatest overall episodes we’ve seen from Legends of Tomorrow. It was fun, moved the plot forward, and made anything a possibility. As we prepare for next week’s season finale, Aruba, it’s clear the finale will have some big shoes to fill following Doomworld.  We see the team prepare to go back to 1916, and also the Mini Wave Rider taking on Damien Darhk, who thinks the tiny lasers shooting at him are ‘adorable’. Will the Legends reverse Doomworld? Or are they stuck forever under the thumb of Thawne? What plans do Darhk, Merlyn, and Snart have up their sleeves? Find out next week, until then #keepitnerdy