Coming off of one of my favorite Legends of Tomorrow episodes last week, the season two finale, while not bad by any means, left me with a lackluster feeling. With the events of the last episode resonating heavily with the Legends, the team makes a decision on how to move forward. Unfortunately, it is the one decision, the one rule they were never supposed to break, but their only option to free themselves from the alternate reality created with the Spear of Destiny. The Legends decide to travel back to 1916, stop the series of events leading to the Legion of Doom getting the Spear in their hands, and prevent Doomworld from ever being created. However, this would also result in the possibility of running into their past selves, potentially causing a massive and dangerous time paradox. Even though this premise sounds phenomenally thrilling, the neat concepts and potential plot developments are sadly overshadowed by cliches. 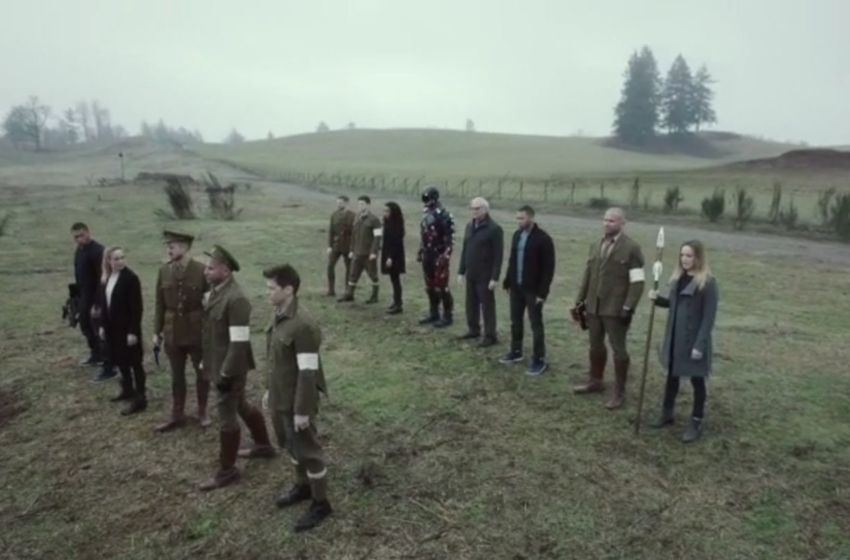 Switcheroo jokes, face to face quips, past vs future team battles, and overused team ups riddle the episode. Some of them are funny, but the quantity of them are overrun. For example, when future (Doomworld) Rip, Nate, and Mick change into the same clothes their past counterparts are wearing, there are scenes in which we aren’t able to differentiate Past Legends from Future Legends. The future Legends’ jokes and fumbles are funny; but on the other hand, the past Legends’ jokes and scenes fall flat. This forces audiences to pay extra attention, and removes some of the entertainment from the other scenes.

The Eobard Thawne from Doomworld also travels back to 1916 intending to use the Spear to eliminate the Legends entirely. In the blink of an eye, the future Legends start dying, beginning with Thawne ripping out Ray Palmer’s heart. These scenes would’ve been far more gasp worth and impactful if the audience hadnt been reminded a few times during this episode on what a successful end result entailed. All of the future Legends would be erased from the timeline anyways, thus making any future Legends death scenes par for the course. 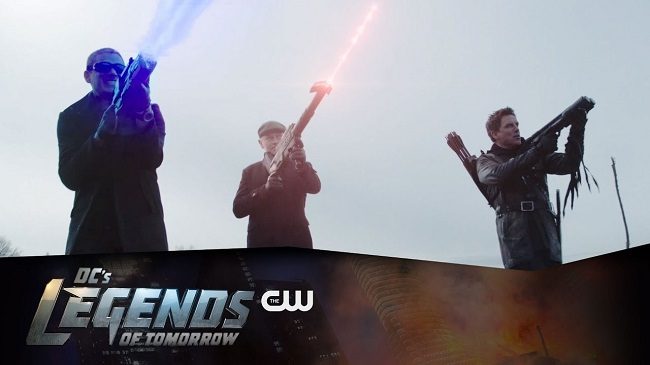 There were good aspects as well, while a little less impressionable, Ray’s death was neat. Eobard Thawne also accumulates an army of Thawnes throughout history, just for them to dissipate when the Black Flash is brought to the fight. The Black Flash proceeds to phase his hand through Thawne’s chest, resulting in his death. It’s uncertain if Sara’s use of the Spear brings him there, or if it’s due to Thawne’s infinite jumps through time. Notable, viewers were treated to a cameo from Laurel Lance when the Spear of Destiny was appealing to Sara.

In the aftermath, the tail end of the episode shows the Legends using a Men in Black neurolizer trick on the dismantled Legion of Doom. Then, one by one they are dropped off throughout history in an attempt to right their wrongs. Rip leaves the ship recognizing Sara as the captain, Amaya decides to go back to her place in history, but then changes her mind. We see Amaya and Nate kiss. 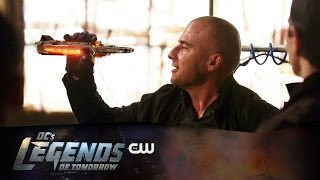 The season ends with the team letting Mick pick the next destination, and of course he chooses Aruba. It seems like the Legends are on their way to sipping Mai Tais on the beach. However, another timequake throws our heroes into a serious crash landing in Los Angeles, but not the LA we all know and love. This city is filled with a myriad of strange shaped buildings, what looks like Big Ben, and dinosaurs; because time traveling and interacting with yourself has consequences kids. What will our Legends face next season? Stay tuned and we will find out together, until then #keepitnerdy