Last week, Noah Hawley asked us to question just who and what is real in this twisted universe - and in this episode we are lead to examine the power of the mind as we finally journey into the maze! The mysterious Mi-Go monk plunges Division 3 into complete chaos as he breaks loose from the quarantine chamber and infects everyone, spreading the psychic virus Jon Hamm has spent so long telling us about. David must travel into his friend’s minds and rescue them from their own trippy mazes in order to help him stop the monk in time before future Syd disappears from her own timeline…

In ‘Chapter 11’, Legion takes a break from its usual frenetic pace to spend time with the key characters, reuniting the Somerland team and journeying into their own personal maze as the infection spreads. Each chattering host is frozen in a neutralized, at peace state, living their ideal life. So in two absolutely fantastic scenes David travels to Ptonomy’s rose garden and Melanie’s old text RPG maze, working out how to free them from their infection. The most interesting and heartwarming part of this episode however is the relationship between Cary and Kerry and how they’re learning to come to terms with their own individual lives. Cary introduces Kerry to the joys of food…and the sometimes unfortunate results! Amber Midthunder and Bill Irwin’s scenes together are the most joyful to watch, which is why it was so heartbreaking to see Cary’s reaction to Kerry becoming infected. I hope these two make it out ok! 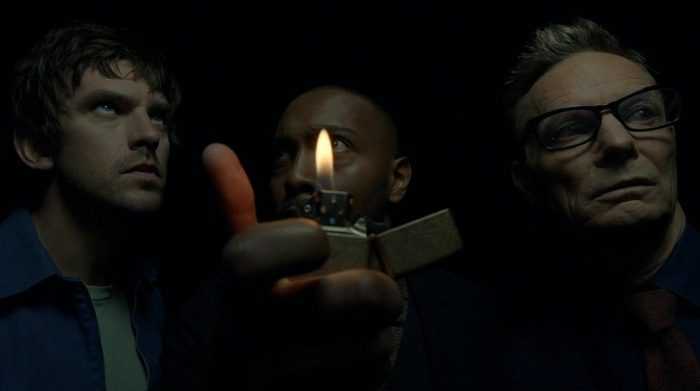 Meanwhile, David once again encounters the Shadow King in the astral plane as the two engage in another discussion about ethics and morals. Farouk questions whether he’s really the villain in this tale as David’s father came to his land and decided Farouk’s people deserved better, without speaking their language and knowing their customs. Charles Xavier wanted to play the white saviour, handing out freedom to whoever he saw fit, but who was he to make these choices? Farouk does have a point, but it’s hard to feel for someone who lived for so long as a parasite in David’s mind. While the two morally ambigious mutants are debating the effects of their current actions on future Syd, Lenny disturbingly tries to off herself in a multitude of ways. She’s clearly become Farouk’s prisoner, how has David not noticed this?!

Jon Hamm also returns with our psychological lessons of the week; first introducing us to the ‘nocebo effect’, in which a person has a negative physical reaction to a suggested harm, i.e. telling a test subject repeatedly that drinking (a harmless) liquid will make them sick, and funnily enough the power of suggestion manifests itself in reality, causing the subject to vomit. Next up we learn about ‘conversion disorder’ in which mental stress is converted into a physical symptom, i.e. a tick, that can potentially be contagious. I still don’t quite know where these interludes are going, but I’m intrigued by these sadistically stylised sections. 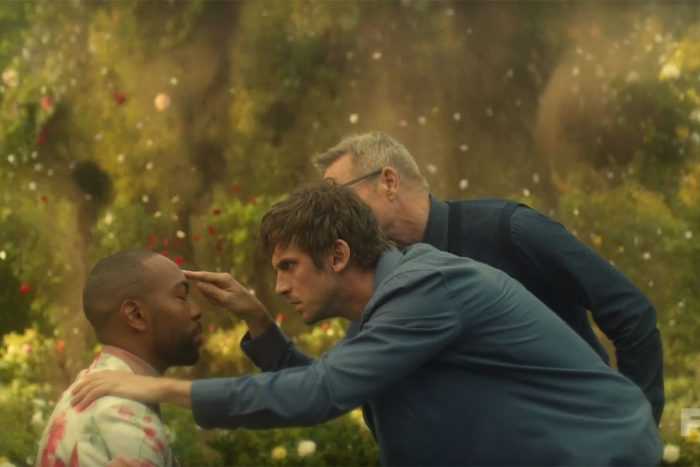 But the episode really ramps up the gears when David psychically explores the monastery and learns just what happened (and the whereabouts) of Farouk’s body once it was separated from his mind. We’re once again lead to doubt just who to trust as the monk reveals that aiding the Shadow King will end the world, completely going against everything future Syd has asked David to do…

‘Chapter 11’ ramps up the sinister vibes as the horror elements being to return following the infection of Division 3’s inhabitants. I’m not sure about you but by the end of the episode I couldn’t take anymore of the teeth chattering! The episode furthers David’s path to finding Farouk’s body, but at what cost? And how far is David willing to go to save future Syd?!

P.s. who the hell is the cow and why does it keep popping up?! Please someone enlighten me!