A few notes: (1) this Y520 test unit was provided by Lenovo. (2) I’m taking a whole new approach to reviewing gaming laptops. Instead of a long story about “why gaming laptops matter,” I’ll focus on what I believe matters most to consumers. This is my first attempt and the primary construct may change over time. But I do need to lay the groundwork for the series, so, well, enjoy. (3) I love sandwiches.

Lenovo’s Legion Y520 (“Y520”) may be the best value in gaming laptops today. It’s fast, well built, and has an above-average display and keyboard. I love the all-black design with red accents on the inside. It’s a slightly modernized iteration over Lenovo’s pre-“Legion” laptops such as the Y50. Any consumer of gaming laptops should consider 3 things when making their purchase:

Each of these considerations are subjective to the consumer and money should be the constraint that dictates the weight of each of them. The Y520 is a great value because it balances each consideration at an attractive price. The Y520 starts at $919.99 (currently on sale for $779.99) and climbs up to $1,249.99 (on sale for $1059.99). The latter configuration is the test unit this review is based on. The major technical specifications are the CPU, GPU and RAM. The CPU ranges from an i5-7300HQ up to an i7-7700HQ. Note that “HQ” in Intel language effectively means these are quad-core processors. These are not ultrabook CPUs. The GPU is a constant NVIDIA GTX 1050Ti with 4GB of GDDR RAM. Finally, the system RAM ranges from 8GB of PC4-2400 DD4 up to 16GB. In any configuration, gamers are getting a 1080p gaming experience at high settings for most of today’s games. Since these OEM components drive most of the performance of the Y520 and other laptops, comparing them and choosing a standout doesn’t take much research. You can rely on sites like LaptopMag to run extensive benchmarks and compare a laptop to it’s competitors. According to their research, as well as my own usage, the Y520 is a strong performer, when compared to it’s MSI, ASUS and Dell competitors in it’s price range. I comfortably ran The Witcher 3, the latest Tomb Raider, Overwatch, Doom and Heroes of the Storm at 1080p with “ultra” settings on the native 1080p screen. I could reach 60+ FPS without negotiating the graphics settings. A more demanding game, such as Battlefield 1 will require you to drop to “high” settings to stay above 60 FPS. That’s the target market for this laptop and it’s priced for that purpose. As I stated above regarding “considerations,” this is not the complete picture.

The specs in my demo unit.

To make the wisest choice in selecting your new gaming laptop, you mustn’t rely solely on performance. It is challenging to do so but you need to get your hands on the laptops that make it into your final list. The Y520 is gorgeous, but made of plastic. This can be a problem but you have to understand the class of laptop it falls into. At the roughly $1,000 range, they’re all made of plastic. The next step up is aluminum (think Razer Blade) and those are $1900 and up. Lastly, consider the display. Before I go further into displays, note that the trackpad isn’t extremely important. These laptops are for gaming, primarily, in which case you’ll use a mouse. If you carry a mouse, you may as well use it while working or casually using your gaming laptop. Back to displays, there is a lot to say here, and, frankly, I’m not qualified to get too deep into the technology. Effectively, I’ll summarize before I go into detail: make sure you like the screen before you pull the trigger on the laptop. The display on the Y520 is a non-touch IPS which isn’t as colorful as OLED or as bright as LED. Again, this is the space you’re in with the Y520. The competing laptops also have IPS, 1080p screens with a matte finish. They’re tuned differently by the manufacturers/OEMs but that is an area I cannot comment further on. Needless to say, the display on the Y520 is surprising good for its class. I found it a little dim but games looked good. 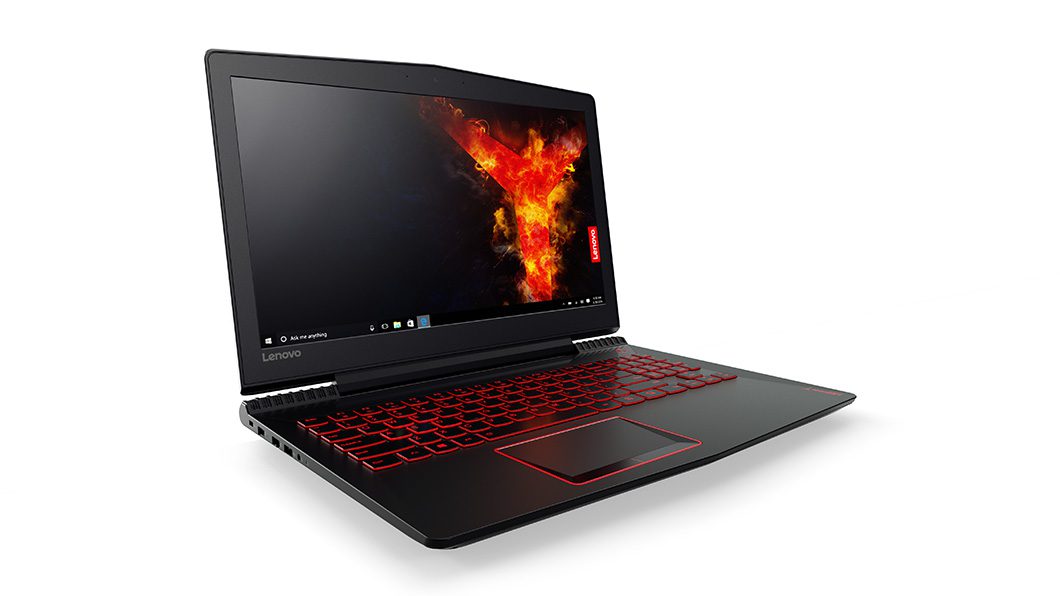 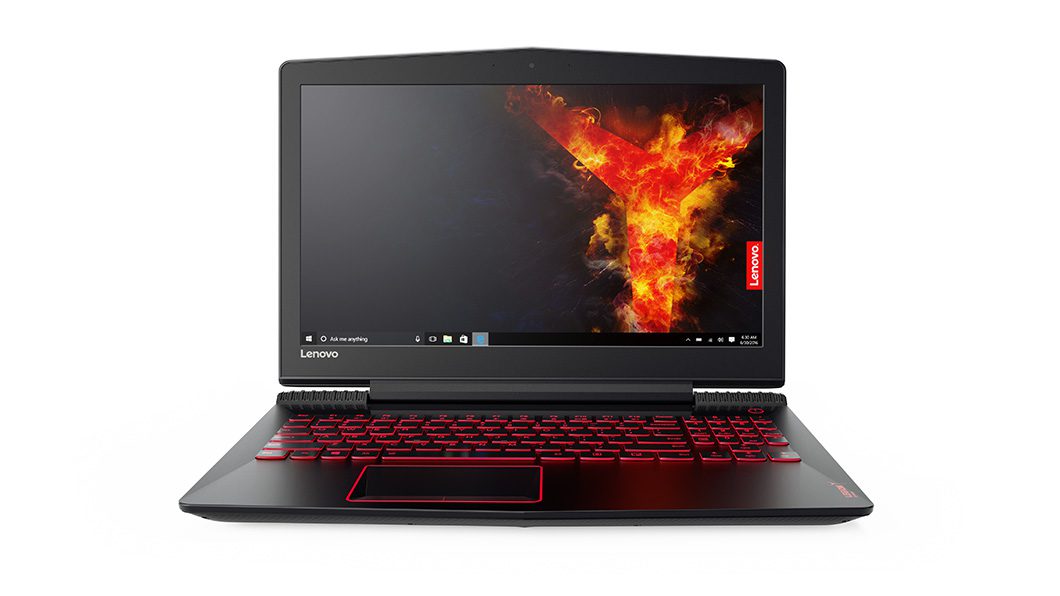 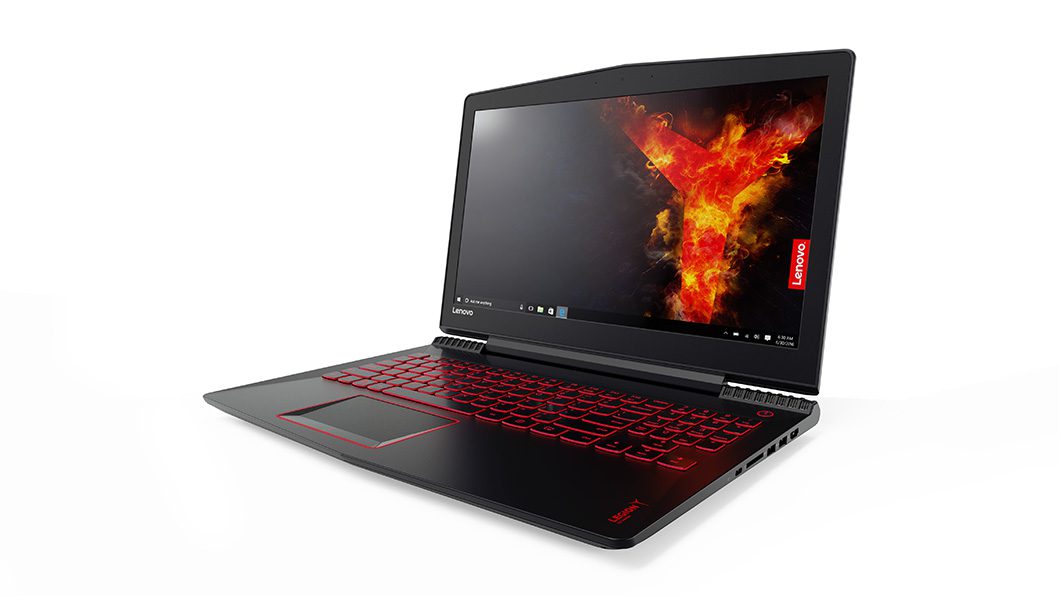 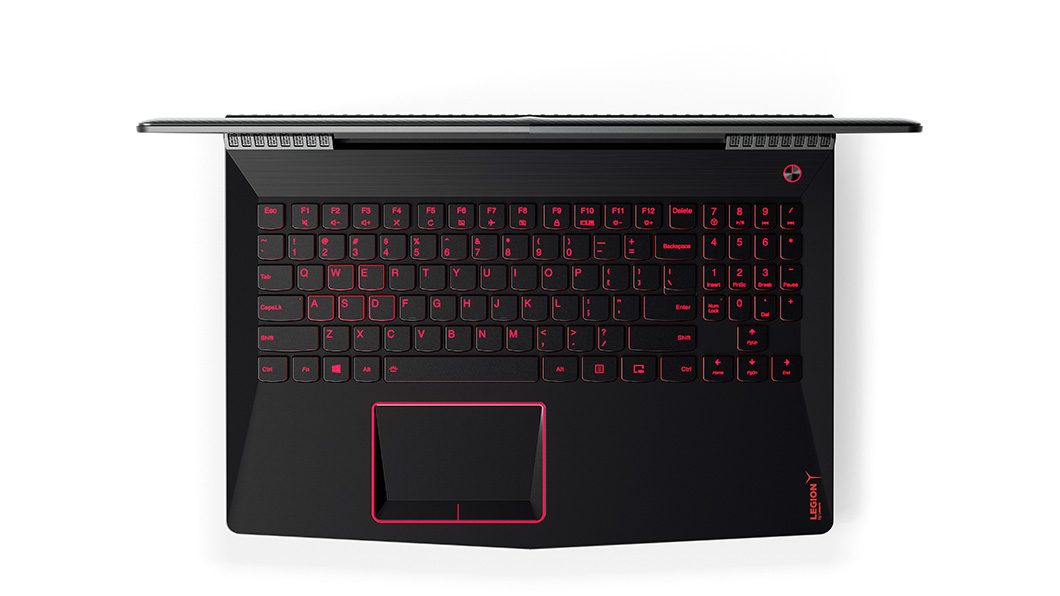 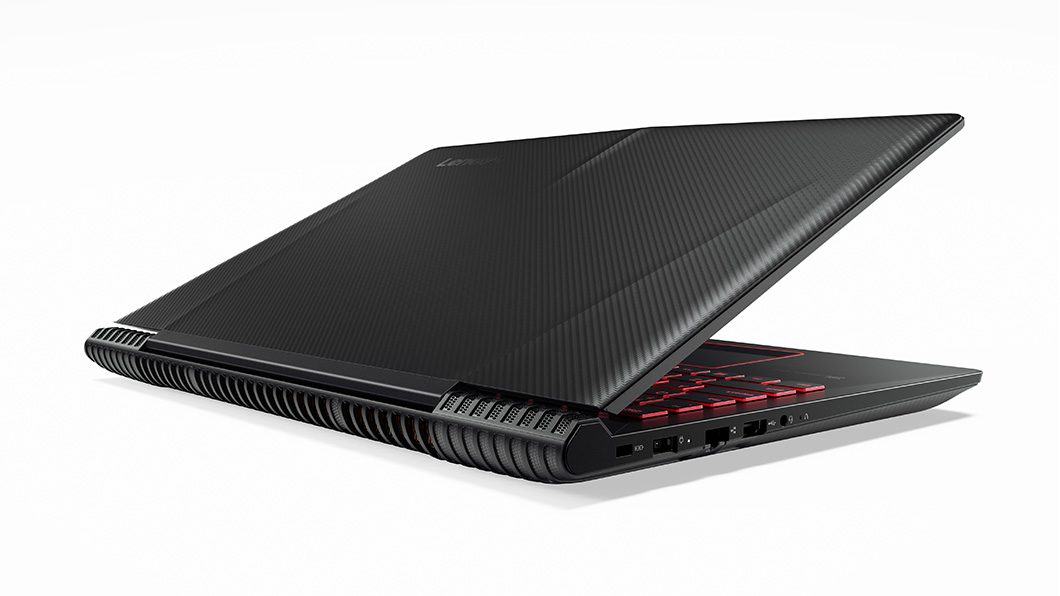 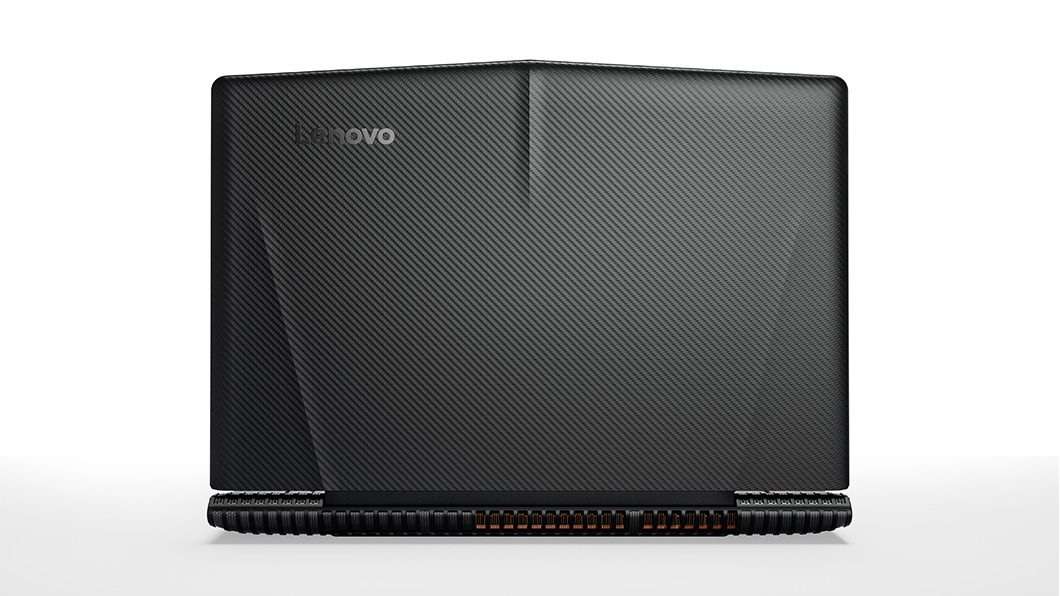 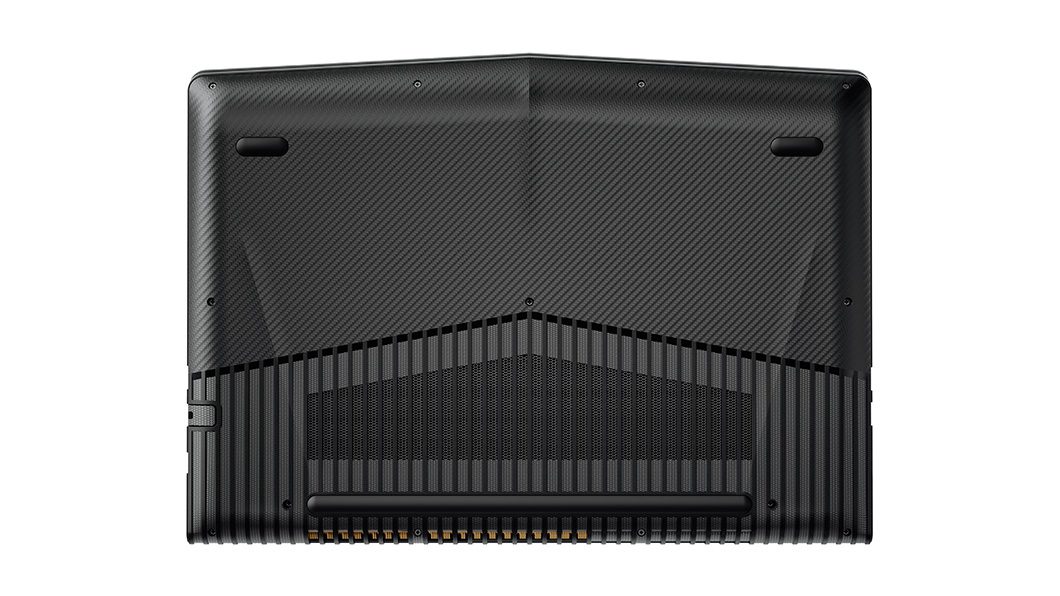 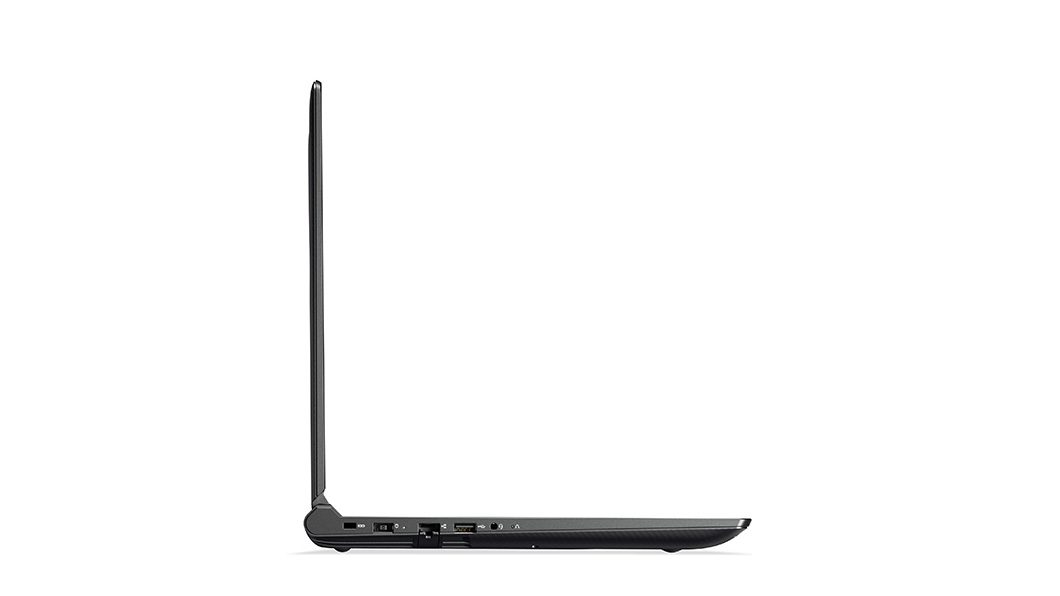 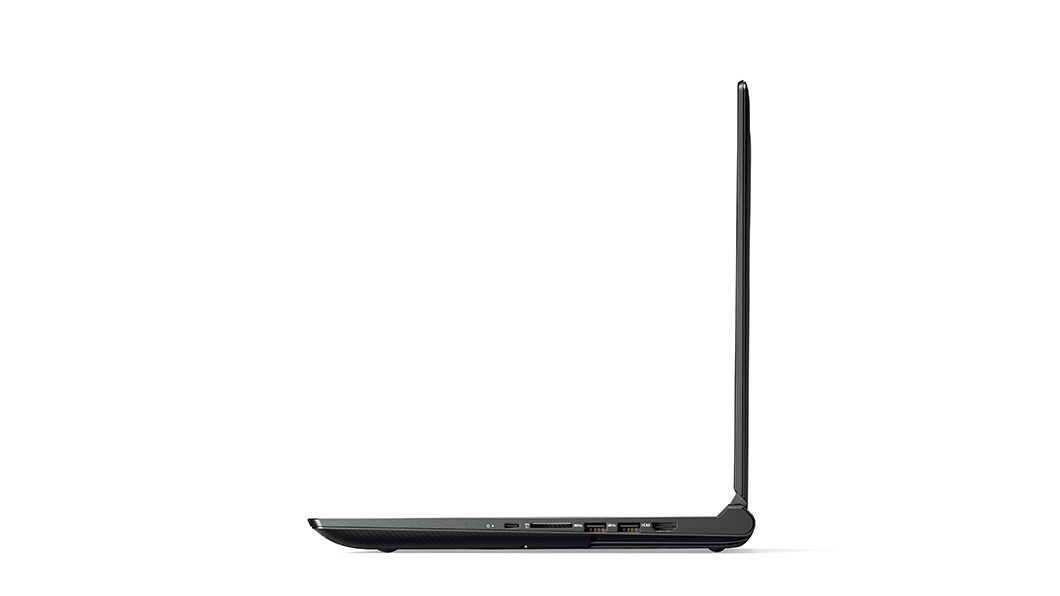 The final consideration is portability and the value equation with desktops. Dollar-for-dollar, desktops are a better option if your primary, most heavily-weighted consideration is performance. But they are not portable. The Y520 is light, sleek, and fairly quiet. If you’re gaming on a portable, do not seek quietness. It’s great to have but nearly every gaming laptop worth their salt will have two fans at the base; including the Y520. While under stress (mostly from gaming, but not exclusive to it), the fans will turn. Some laptops have more quiet fans than others and a solid set of speakers or a good headset can help you ignore it. The Y520 is not too loud, compared to other laptops. Honestly my more expensive, higher class Razer Blade (2016) is louder. It does have a more demanding GPU but even while not gaming and not using the NVIDIA GPU, both laptops will sometimes spin their fans, and it can be distracting. For the Y520, I’m not concerned about the fan noise. Tossing the Y520 into my backpack and working while at a cafe was not an issue. At 5.3 lbs its not too heavy for travel. It does have a 15.6″ screen and full sized keyboard with a number pad. So it’s on the larger side by default. Again, it’s the class. If you buy the Y520 you’re not looking for sleek, Razer-like design. You’re after value.

Let’s talk about build quality. This is another subjective area that requires you to physically get in front several laptops in this budget category for comparison purposes. But it does go beyond materials and into the world of “flex.” Many budget laptops are flexible. I don’t mean an arbitrator’s dream. Rather, physically flexible. That’s a problem if you are expecting your laptop to be durable. To understand flex, think of what happens to your keyboard when you put pressure on it. Or, what happens to a laptop’s screen when you attempt to move it. These are two critical flex areas in a laptop. There is a correlation to flex between the materials that make up the chassis and the overall weight of the laptop; what some laptops lack in expensive, sturdy material they make up for in heavy, inexpensive materials. The Y520 is sturdy and well built. There isn’t much flex at all and that’s rare for a gaming laptop in this price range.

The considerations I’ve provided I am recommending to be your top 3, and overall your most heavily-weighted for a buying decision. There are others, however, such as battery life (4 hours of non-gaming on the Y520), ports (the Y520 has plenty, including USB-C), and pre-loaded software (the Y520 doesn’t have many and they’re all removable). But, again, this is about value. I’d gladly trade a 3rd USB 3.0 port for an affordable laptop that plays games well at 1080p. I suggest you find the Y520 in a store near you and touch it, lift it, and test it before you make a decision. It does appear that online prices are best and most sites do have a 14-day return policy. If you value the 3 considerations I’ve listed, you’ll be very pleased with the Y520.