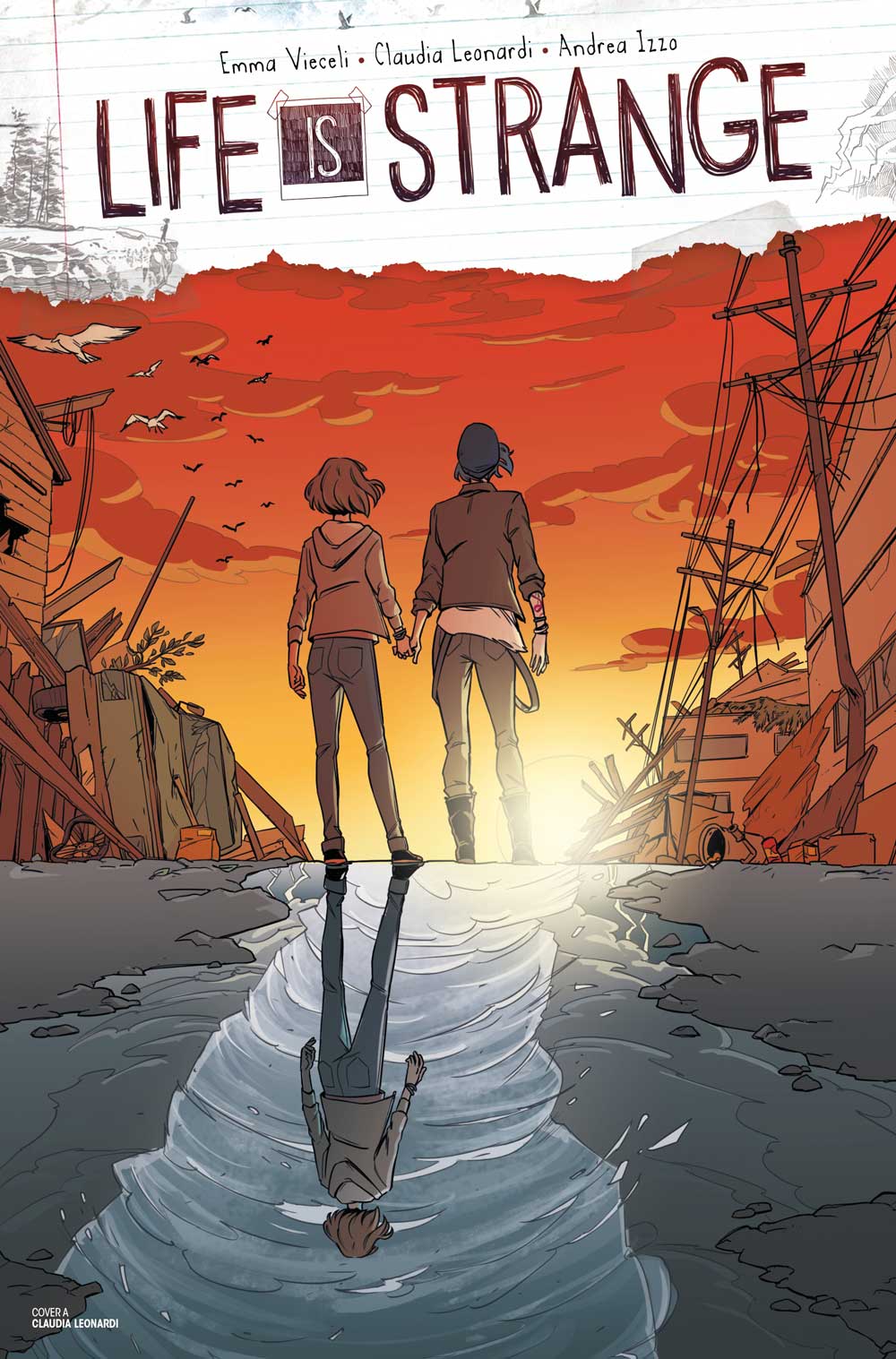 Life is strange is a follow up to the critically acclaimed video game of the same name. Fan favorites Chloe and Max return in a sequel that feels just like its original. The issue opens recapping previous events from the game using in-game screenshots to get us up to speed. Max had previously found herself with the abilities to manipulate time in order to save her friends. Which ultimately came at a cost with to much of her despair. Players made in-game choices that had butterfly effects echo through its game narrative. This four issue series follows Chloe and Max and what may have happened with one of the games possible outcomes. Seeing Max sacrifice her town of Arcadia Bay in order to save Chloe. Have the choices Max made left their lives strange? Or is this new flutter of reality a new lease on life?

We join our duo one year after the events of the storm that had destroyed Arcadia Bay. The characters are just as you remember them from the game and are joined by a new group of cool friends. These opening pages really feel like what the first game was representing in terms of its diversity and inclusion. Having fully completed the game personally the dialogue is instantly familiar and I found myself hearing the voice actors from the game while reading. The writing by Emma Vieceli is done to perfection throughout which will please fans of the original as it did me.

The first half of the issue primarily focuses on the new characters and how the aftermath has affected everyone. A large portion is on Chloe and Max’s relationship and how close they’ve now become as a result. It’s artwork on the pages doing so are beautifully illustrated and highlight their bond. It’s heartwarming and moving to see the pair now united together and happy and sets up the new series fantastically. Their new friends are in a band and later invite the couple to a pirate themed party where things get stormier. A haunting reminder of the past threatens their union and without giving things away it seems the choices may not be over for Max. Only this time Chloe isn’t prepared to let her make them alone and help set things right.

Overall this is a sequel series to the hit video game and a must read for any fan to uncover what happens next. The issue recaps prior events for new readers and is easy to follow. The artwork by Claudia Leonardi is bright and colorful in tone with its original look and its dialogue is well placed with pop culture and relatable moments. Head back to Arcadia Bay this week if you’re a fan of the game or not for a heartwarming first issue. Life might be strange but this issue was hella cool.