Life Of The Party Movie Review

Certain actors make certain kind of movies. That’s something we can all count on and something that, for me, is comforting. We more or less know what we are going to get when we go see a Julia Roberts movie or if we go see a Tom Cruise film. The same holds true with Melissa McCarthy. She has a style of humor and a type of movie that she makes. ‘Life Of The Party‘ is definitely a Melissa McCarthy movie and that’s a good thing. In my humble opinion, her movies are always funny, albeit in varying degrees, and her supporting cast is always strong. Her current offering is no exception! McCarthy plays Deanna who, just after sending her only daughter off to her senior year of college (and I mean literally JUST after dropping her off and hasn’t even left the parking lot) is told by her husband that he wants a divorce. Unsure as to what to do with her life, her parents (played by Jacki Weaver & Stephen Root) suggest that she should start by finishing college. Now, heading back to her former college to finish her last year (the same school from which her daughter is also set to graduate), Deanna is determined to “make lemons out of lemonade” (you’ll get that one once you see the movie). 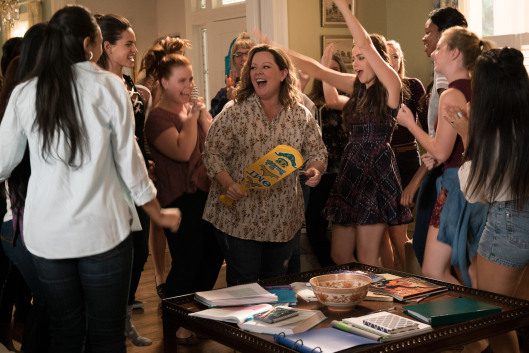 McCarthy not only stars in this film but she also co-wrote it along with her real-life husband Ben Falcone (who makes a delightful cameo). As I mentioned, it is ripe with her brand of humor in the vein of ‘Tammy‘ and ‘The Boss‘, but with flavors of ‘Old School‘ and ‘Animal House‘ mixed in along the way. I mentioned her supporting cast which includes her best friend (Maya Rudolph), her daughter (Molly Gordon), her daughter’s friends (Gillian Jacobs, Adria Arjona & Jessie Ennis), her ex-husband (Matt Walsh) and his new wife (Julie Bowen), all of which demonstrate impeccable comedic timing in their various roles. The comedy snowballs as the film progresses from just a few light giggles in the opening to full-on belly laughs by the middle of the picture. It’s fun, if slightly predictable, but mostly… it’s fun! I find that people who don’t like Melissa McCarthy generally don’t like her movies based on that single premise alone. I, however, am a fan of her style and this particular film ranks right up there with the likes of ‘Bridesmaids‘ and ‘Spy‘ as far as laughs delivered. I would have to give this movie as solid passing grade of 7 out of 10 and recommend that, if you’re in the mood to laugh, you go see it in theaters this weekend!!

Have you seen this:
Freaky (Review) 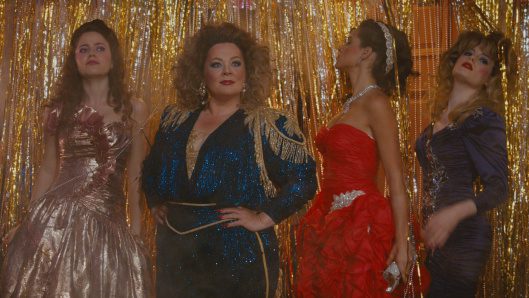 comedy film life of the party Melissa McCarthy Movie review
Are you an Insider?News, reviews, & updates are just the beginning.