Locke and Key has been shopped around for many years. It was originally going to be a film trilogy and when that didn’t pan out, a TV series. After many studios passed over the idea, Netflix decided to take a swing at it and see if they were able to strike gold.

The most impressive thing for the series overall is Keyhouse. Since keys and locks are integral parts of the story, the setting is crucial to it. The way that they are able to utilize every aspect of the house and the surrounding area makes the viewer gets immersed in the story. The sea caves are impressively made, as we see how important of a role that location is.

The characters in the latter part have been more established and we can see a growth that wasn’t there in the first part. Since they are still coping with the death of their Father, we see Nina breaking down and trying to come to terms with everything happening around her. Tyler, Kinsley and Bode have been working on finding the keys and ways to defeat Dodge.

One of the things that might hinder the show is that season one felt rushed and tried to include too many major points from the comic series. We already see a good portion of the keys, and with most of them we don’t know what they do. At times it feels like a key is just a prop to showcase the special effects.

A major flaw for the latter half of the season is how Dodge is portrayed. We know they have knowledge of all the keys but their maneuvering of the world and keys are otherworldly. This makes the task of stopping them near impossible. Having this type of villain can hinder the show if it is renewed for a second season (it has been renewed in time of writing this review).

After finding some memories of their father, Tyler and Kinsey deal with the repercussions of unearthing them. They both go down a destructive path in their own way. This episode we get an expansion on the how far the keys go and learn more about the Sea Caves. The stand out feature in this is the location and how the Sea Caves become an integral part of the series.

This episode is Hell unleashed in Keyhouse. The Locke family have to face their worst nightmare. What makes this episode stand out is the use of all the keys combined. The episode stood out in the latter half of the series for its use of suspense and mystery. At this point we got to understand how powerful the keys are and why Rendell and his friends hide them and erased the memory from their minds.

Following up in my opinion the best episode, we enter an unknowing rat race to fit as much content from the comics into season one. Mysteries start to unravel and we see what Dodge has been doing in the background. Tyler and Kinsey seem to always be a step behind but they gain speed on what happened to their father back in High school. 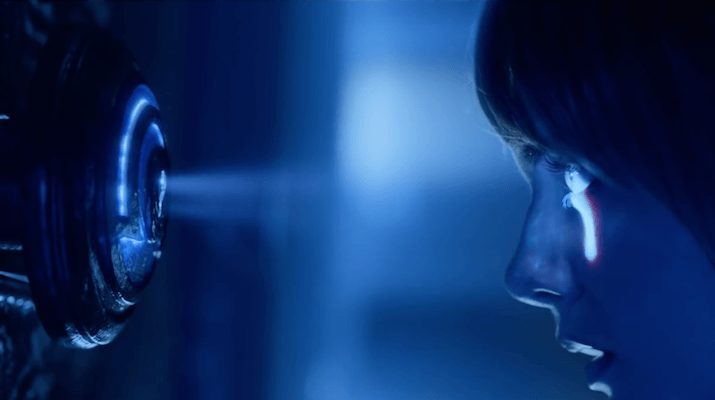 We start heading into a collision between Dodge and the Locke gang. Ellie has finally decided to pick a side and starts helping Tyler and Kinsey fill in the gaps they were missing. This episode wasn’t bad, as it’s the build up to the last episode. One glaring issue I had with this was how passive Ellie has been overall, specifically with actions towards Dodge. I understand she has to look out for her son Rufus, but it made Dodge seem all powerful when they only had 3 keys at the time.

This is the last episode. It was conflicting as we saw some good plans by the Locke gang and then some stupid ideas from the adults. This episode also seemed confused on if it wanted a cliffhanger or not. The conclusion of the season we see a massive departure from the comics which might help them establish a different narrative in season 2.

I loved the comic, and some of the things that the show did was amazing and disappointing. One of the great things they adapted and changed, was the use of the Head Key. In the comic, the Head Key user would get a bird’s eye view of their head, but in the show, it opens a door for them to enter their head. This little change was a great visualization to show them entering the user’s head.

I am sad we never see Tyler wear that baseball cap with the fishhook. I am hoping that if season two is greenlit (which it was) we get that little nod to the comics and a few others that fans would love to have featured.

Nonetheless, the show was entertaining and I did enjoy each episode. As discussed between Nicola and myself,  the show did feel very Young Adult. That’s not a bad thing as other Netflix and CW shows are able to handle dark themes in a YA setting. If season two does happen, (which it will) then the creative team needs to find a formula that works and improve upon it.