Looking for some gift ideas this holiday season? We got you covered.

The Holidays are fast approaching and the pressure is on to find the perfect gift for your love ones! Not sure what to get your geeky friend or family member? Well no worries, we got you covered and with Cyber Monday in effect, we’ll be sure to highlight some of the best deals out there. 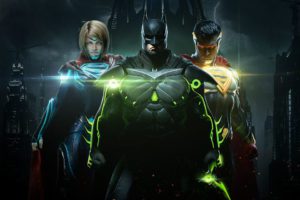 Injustice 2. For Black Friday/Cyber Monday, Gamestop is selling this game for only $14. For those who still want more DC after the recent release of Justice League, I would highly suggest checking out Netherrealm’s Injustice 2. Play as or against some of your favorite DC Super Heroes in this epic fighting game. Injustice 2 continues the story set in motion in Injustice: Gods Among Us as Batman and his allies work towards putting the pieces of society back together, but struggle against those who would restore Superman’s Regime. In the midst of this chaos, a new threat appears that will put Earth’s very existence at risk. Injustice 2 is a contender for one of the best games of the year, and for $14, you can’t argue with that. This game is catered to teens to adults.

Now if you have younger members in the house who are gamers and Injustice 2 is a little too mature for those audiences, Cartoon Network’s Ben 10 will be sure to be a hit among young fans. Inspired by Cartoon Network’s top-grossing franchise, Ben 10 promises to bring exciting new adventures into the incredible universe where some of Ben’s most infamous villains await. Put your puzzle-solving tenacity to the test and unlock 10 alien transformations, just like in the show, to help Ben save the galaxy. Ben 10 is coming out just in time for the holiday season, with a release date slated for Nov. 14, 2017 for $29.99 on Nintendo Switch, PlayStation 4, Xbox One and PC and is rated E10+ for cartoon violence.

Inside/Limbo: Featuring two of the most critically acclaimed 2D platformers of all time, the INSIDE+LIMBO Double 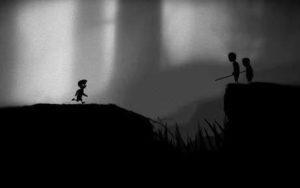 Pack, available on PlayStation 4 and Xbox One, is not only an excellent value at $29.99 (or $19.99 on Amazon), it’s also a suitably bleak and eerie experience perfect for some holiday horror. Between Inside’s subtle swings between mind-control horror and quiet intensity, and Limbo’s disturbingly beautiful atmosphere, (oh, and the litany of critical praise) this double pack is sure to deck the halls with boughs of melancholy. The combo pack includes the full games as well as collectors’ items, including a limited run poster and art card. Limbo is rated T and Inside is rated M.

Nintendo Switch: the newest home video game system from Nintendo. In addition to providing single and multiplayer thrills at home, the Nintendo Switch system can be taken on the go so players can enjoy a full home console experience anytime, anywhere. The mobility of a handheld is now added to the power of a home gaming system, with unprecedented new play styles brought to life by the two new Joy-Con controllers. Since its released in March, Nintendo has released two Game of the Year Contenders for it’s newest console, Legend of Zelda: Breath of the Wild and Super Mario Odyssey. Pick up the Nintendo Switch via Amazon for $299 here.

*Don’t forget Nintendo is also coming to a town near you*
Great opportunity for the Nintendo fans in your life. 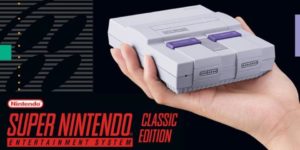 Super NES Classic Edition system: Sure, you could invest in a Raspberry Pi and load a bunch of SNES games on there, and don’t get me wrong this is a great alternative. But if you are anything like me, and prefer to have a miniature version of one of the greatest consoles of all time or a collector, then I would suggest looking into the SNES Classic. Mind you, these guys have been sold out for some time time, however rumors are swirling that they these little stocking stuffers may come back in stock by Christmas time. The Super NES Classic Edition system looks and feels just like the original ’90s home console, except it’s super small. Play 20 classic Super NES games plus *gasp* the never-before-released Star Fox™ 2 game! 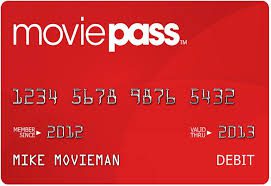 MoviePass: For the movie fans in your life, MoviePass is a subscription-based movie ticketing service which gives you access to Unlimited Movies in Theaters Nationwide for a monthly fee. Just this weekend the company announced it’s cheapest plan yet at a low cost of $6.95 a month.  Sign up at https://www.moviepass.com/

Sphero R2-D2 – The toy-robot company that introduced consumers to the app-controlled BB-8, has introduced another favorite Star Wars droid to its line-up, and it’s R2D2. R2-D2 is an Astromech Droid from a galaxy far, far away and has been brought to life like never before. The specialized tech in this Sphero App-Enabled Droid makes it as authentic as the trusty R2-D2 you’ve come to know and love.

Control this iconic Droid with your smart device, complete with sounds and bright LEDs, and see R2-D2’s front leg retract to go from driving to waddling – just like on screen. Explore holographic environments like the Millennium Falcon and Obi-Wan’s House, and immerse yourself in the Star Wars galaxy. The adorable little droid normally go for  $179 on Amazon but for Cyber Monday you can pick this up for $110! Purchase here. 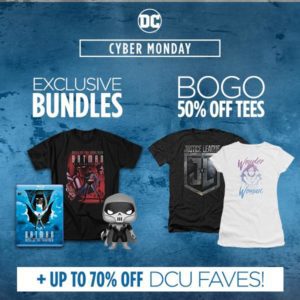 DC Online Store is celebrating Cyber Monday with up to 75% off of select items. Get that special gift for the DC fan in your life straight from the source! From Batman to Green Lantern, get all your comic book needs, figures and apparel here.