Love, Simon is the latest YA novel adaptation to hit the big screen, and without knowing the source material, could be seen as your typical high school coming-of-age rom-com, but there’s a twist to this tale - Simon is hiding a huge secret, he’s gay. This refreshingly modern take on the teen genre is just so charming, funny, heartfelt, and genuinely touching.

Simon Spier (Nick Robinson) is a pretty typical teenager, he’s always with his best friends Nick (Jorge Lendeborg Jr.), Leah (13 Reasons Why star Katherine Langford) and Abby (Alexandra Shipp), whether they’re picking up iced coffee, going to a party or taking part in the (awful!) high school musical ‘Cabaret’. At home his parents are the definition of high school sweethearts; his dad Jack (Josh Duhamel) was the star high school quarterback who married the smartest girl in his year, Emily (Jennifer Garner). His little sister Nora (Talitha Bateman) is determined to be the best chef ever and they also have a super cute dog called Bieber. Everything sounds pretty normal so far right…? 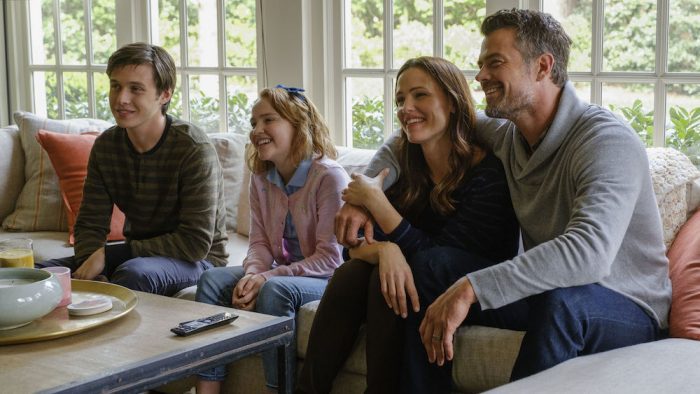 That’s until everyone at his school becomes obsessed with a recent post on ‘creeksecrets’ – an anonymous user at their school, known as Blue, confesses that they are secretly gay. Simon creates his own alias, Jacques, to email Blue and over time falls in love with him. But who is Blue IRL? Is he Nick’s football teammate Bram (The Flash’s Keiynan Lonsdale), the waiter from Waffle House Lyle (Joey Pollari), or the pianist at drama club Cal (13 Reasons Why Miles Heizer)? Things get even more complicated when drama club nerd Martin (Logan Miller) discovers Simon’s emails to Blue and starts blackmailing Simon.

Nick Robinson as the titular Simon really does carry the entire film, delivering a very strong performance throughout. You really connect with him as he tries to navigate high school life along with coming to terms with his own sexuality. He’s just such a likable character, but also awkward and vulnerable at times. Unfortunately, his friends don’t receive the same amount of screen time and depth as Simon and at times creep into high school teen cliche characters, which is a shame as Katherine Langford was particularly fantastic in 13 Reasons Why and was pretty underused in this film. The drama that unfolds between his group of friends does at times feel pretty shoehorned in and there’s a certain twist that you can see coming a mile away, but you genuinely do root for this group of friends. I also particularly enjoyed Natasha Rothwell’s hilarious performance as drama teacher Ms. Albright, especially when it came to dealing with two homophobic students! 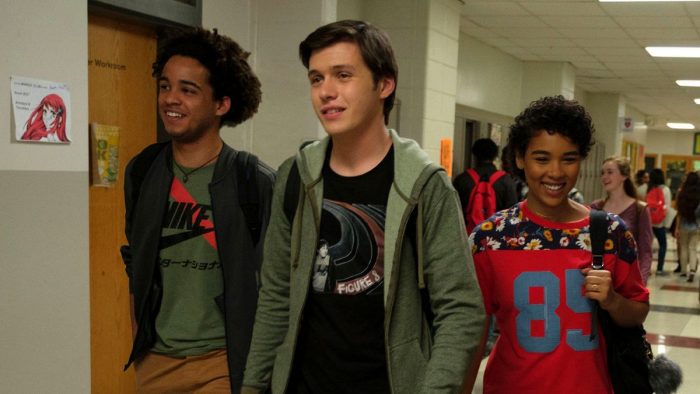 Despite the aforementioned genre cliches, Love, Simon is a delightful film filled with plenty of hilarious and touching moments. One particular highlight was a fantasy musical sequence, much like the ‘You Make My Dreams Come True’ dance sequence in 500 Days of Summer, in which Simon is an out and proud gay college student dancing along to ‘I Wanna Dance with Somebody’. The long awaited and tense reveal of Blue’s identity at the end of the film will also have you cheering along!

I saw this film at a Cineworld Unlimited secret screening and despite not knowing much about it and not being a huge fan of romcoms, Love, Simon surprisingly really won me over! The film is also pretty groundbreaking as it’s one of the first studio-made teen films featuring a lead male, rather than being the stereotypical ‘gay best friend’, coming to terms with his sexuality and accepting himself, which is so refreshing. So go and see this film if you fancy a funny and heartwarming watch!