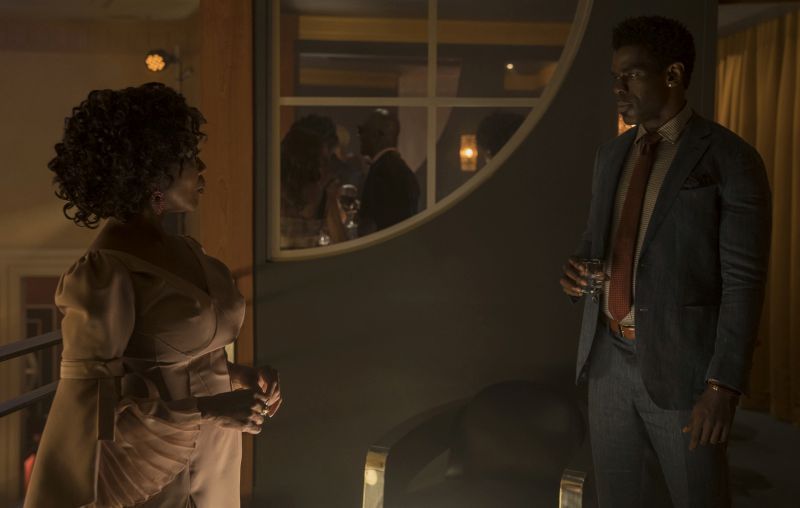 Episode 5 ‘All Souled out’

Episode 5 kicks off with Luke facing more consequences for his actions in the previous 4. He hasn’t been acting like the bulletproof hero of Harlem that we’re used to. His arrogant ways and violent downward spiral are forcing him to humble himself in ways you’d never expect. The backfire of the violence against the thug they’ve had issues with since season one they call “Roach” is slapping him in the face and his hands are totally tied. The episode is called ‘All Souled Out’ because he’s forced to sell out. Goes against everything he stands for. Humility at its finest.

There’s not a whole lot of action in this episode. It’s not only about Luke’s conflict about becoming who he never wanted to be. It’s also about Misty’s. I loved seeing her parts of the episode. Luke’s was mainly vanity in the ways of selling out until the end of the end. Hers was a massive internal struggle. We see many of flashbacks to when she and her now deceased partner Scarfe were working together. She’s questioning which cases he set up and if she’s put innocent people away and also how many guilty people he was able to put away by being dirty. She knows someone is guilty. His girlfriend is too scared to turn him in. She’s honestly scaring herself and it was set up in such a way you could actually see reasons she’s struggling. More and more of her issues are showing up. She hasn’t dealt with her issues from what happened in season one as well as she’d thought. She’s become my new favorite character. Luke has to be in the spotlight and is visibly uncomfortable and p*ssed off but has to dig himself out of the hole he dug for himself. Seeing him whoring himself out even made me feel kind of uncomfortable. That sounds weird but it’s true. The end had me super pumped to see more of the Jamaican villains that call themselves “Yardies” and the leader named Bushmaster. He’s shaping up to be the main antagonist. Luke being the hero of an unexpected character was pretty shocking and the episode left off forcing me to keep binge watching. This show keeps doing that to me. Misty was definitely still the best part of the episode. She was dealing with what to me, was a much more serious issue with many layers. 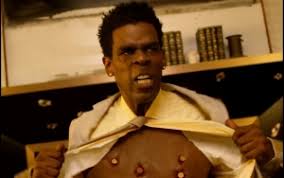 Luke is hiding the person he would usually be fighting in a basement from the Jamaican gang run by the Bushmaster. He gets so many questions answered that could blow up the case against Mariah. He’s now a hired bodyguard. Becoming even more humble than the previous episode, he has to seek help. It’s help from someone that’s some totally out of the box thinking.

These two are like the odd couple and strangely they crack me up. They do exchange some serious and sad dialogue, however. You can see Luke connect with him and see he may want to help him for more than selfish reasons. That discussion is what I think makes Luke go where he does for help. I can see after all the cockiness and violent behavior in the previous episodes he’s growing up. He’s saving who turns out to be his number one fanboy which is super awkward because he works for an enemy. That’s why they make me laugh. Every time Luke does his hero thing he’s in awe and practically has puppy dog eyes.  They turn to someone Luke is deciding to try and trust to take care of his fanboy for a bit. I was so shocked and my mouth literally dropped when I saw who it was. There was a conversation between the two of them that makes me super hopeful that this character will build throughout the season and the relationship with Luke. Then, the action scene. The fight I’ve been waiting for. Luke deserved a rematch!! The redemption fight. Well, it went crazy and ended in a stinking cliffhanger. Thanks, Netflix. My dishes didn’t get done because I had to watch Episode 7.