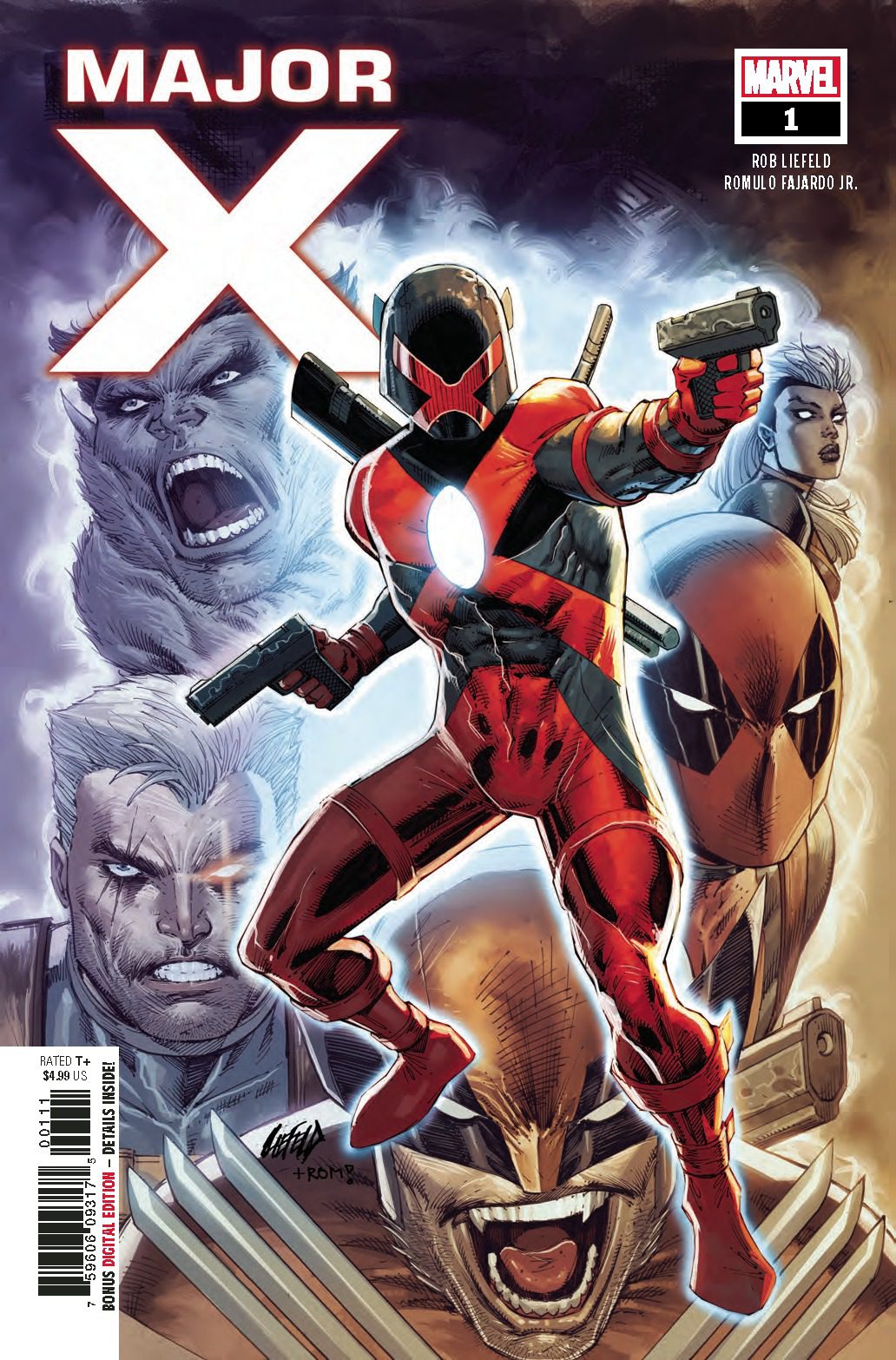 The X-men family of titles frequently experiences visits from different timelines and dimensions. The mainline titles recently wrapped up the out of place and time original X-men and are currently running through a story arc created by the future alternative dimension X-man, Nate Grey. The X-titles are used to confusing and overlapping timelines and within this context enters Rob Liefeld’s Major X.

In Major X, Liefeld not only returns to the X-force characters he made famous, but he returns to that time period for the fictional team as well. Major X is a comic set in the world, art style, and storytelling of the early 1990s. Liefeld attempts to tell a time travel story from the context of when the story occurred. Creatively, this is an incredibly interesting and challenging task, but Liefeld is uniquely positioned to attempt this given his creative hand in the time period of the early 90s. Here is a creator telling a new story in the old world he created. Liefeld’s art style and pacing accomplish what they try to and hold true to the time period in comics.

The difficulty comes with successfully holding true to the time period. Three pages are spent depicting an isolated future mountain with limited world building or characterization for readers to invest in. Explanations, characters, and events of the future consistently are described as “X”-something, providing little meaning to what are presented as reality threatening issues. Beyond the narrative assumptions of importance, Liefeld spends seven pages with a cameo fight with a knockoff future Deadpool called Dreadpool. The character comes complete with X-Force/Youngblood shoulder pads.

When the cameos and action slow down, Liefeld is setting up an interesting narrative that could provide new emotional ground for his previous characters. But for most of the issue, Major X #1 sticks to Liefeld’s strengths of action over emotion and accomplishes it well.

Major X waffles between feeling like a new event in the lineage of time traveling X-tales and a “what if” story by a creator revisiting an earlier work. The question remains if Liefeld and readers are simply playing with old toys for nostalgia’s sake or if there is a meaningful story to share all these years later.