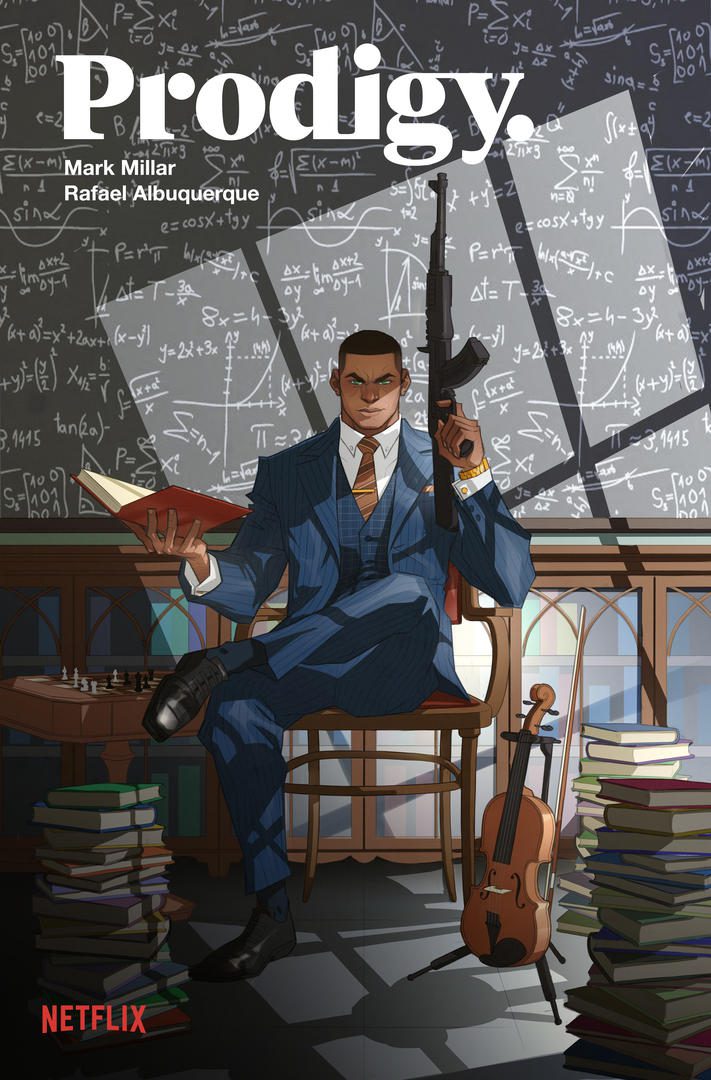 Netflix is in the Mark Millar business and business is booming. Yesterday, Netflix and Mr. Millar announced their second Millarworld collaboration with Prodigy, a brand new comic series to be published in association with iconic publisher Image Comics.

Prodigy centers around Edison Crane, the world’s smartest man. Having already conquered the business world, this brilliant man is no longer content and requires new challenges for his superior intellect. This means becoming the go-to hero for the world’s governments when a global catastrophe is at hand. Did I mention he’s also a genius composer, Olympic-level athlete, and an expert in the occult?

Millar again teams up with superstar artist Rafael Albuquerque (American Vampire, Batman) after their successful partnership on the acclaimed Huck.  “I gave myself a challenge when I created Prodigy. I wanted to write the smartest thing I’ve ever written and at the same time top any action set-pieces I’ve ever managed in the past and I honestly couldn’t be happier with how this has turned out.” said Millar, President and Chief Creative Officer, Millarworld, a subsidiary of Netflix. “Edison Crane is by far the best character I’ve created in my career and I’m delighted that my genius friend Rafa Albuquerque is drawing the comic-book side of all this. He’s really one of the best artists in the world. I can’t wait to share this with everyone. This really is a beaut and we’re incredibly proud of it.”

Following the recent release of The Magic Order, Netflix and Millar look to continue a fruitful partnership that will extend beyond comics and into screen adaptations of Millar’s work. Three films are already in the works (Huck, Empress, and Sharkey the Bounty Hunter) as well as two series (Jupiter’s Legacy, American Jesus). Here’s hoping for a Chrononauts announcement soon!

Prodigy will be available in comic book stores and online on December 5th, 2018.