I’ve been more than excited for a Martian Manhunter solo because J’onn deserves it. Although as much as it pains me to say this, I was let down in a lot of ways. I read it a second time and found a few more positives. However, parts of it are so drawn out I found myself wanting to skip through chunks of it. Luckily, I’m a sucker for his life on Mars. Even though there are a few unnecessary panels in my opinion. 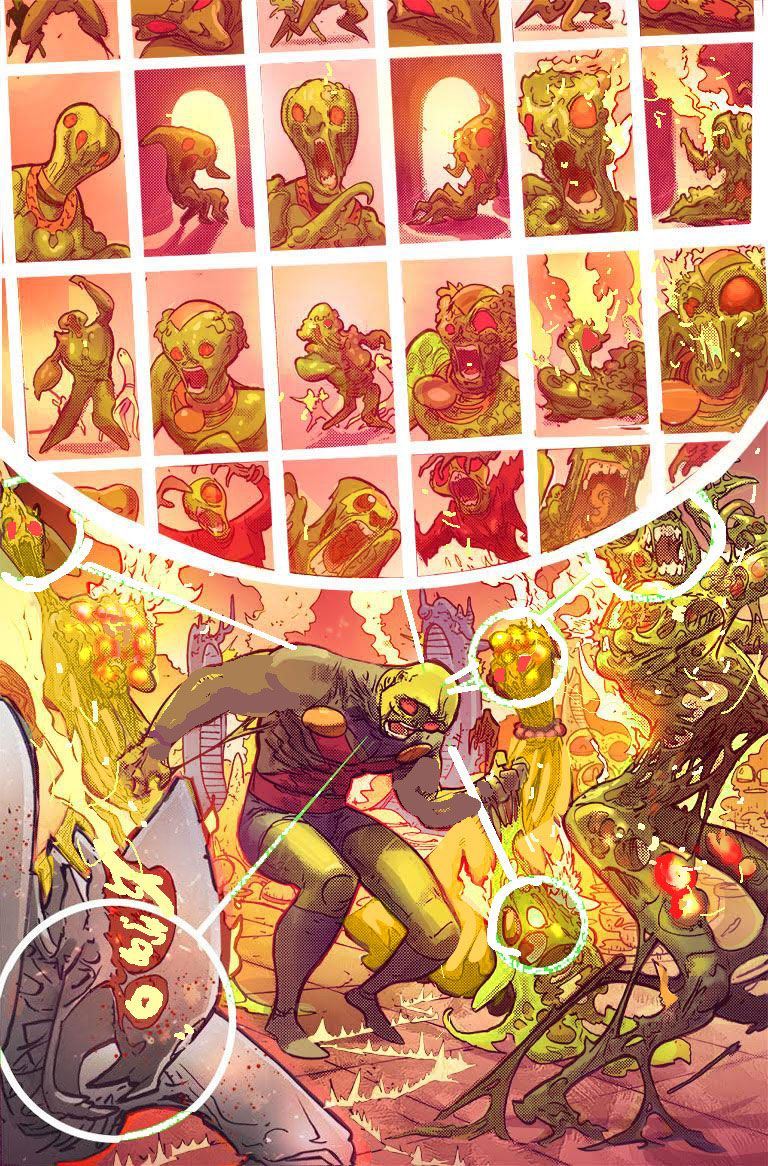 He’s detective John Jones (ironic) here on earth. He has an amazing partner that seems to understand him. As much as she can as a human. He’s intuitive and oddly very emotional. Yeah..that.. he’s emotional. The first red flag possibly. Although after further I started to see why somewhat.

He is assigned a brutal and very bloody case, and it takes its toll on him once reads the thoughts and feelings of a missing girl. He begins seeing flashbacks of his previous life. It got a bit confusing to follow but, I could see what the artist was trying to convey, it was just not executed as well as it could’ve been. I hope in the coming issues there is growth in that area. The way J’onn was drawn wasn’t very consistent, and that actually works out in comics a lot, but not in this first issue when I’m having trouble following. Obviously, he changes when he changes form, however.

The ending was a huge redeeming factor, and I began to understand the flashbacks more. The last pages were pretty amazing from the art to the writing. That gives me a huge amount of hope for issue 2. I can’t give away the ending, but you see Martian Manhunter’s weakness used savagely. The circumstances surrounding it are pretty perfect. Although I was disappointed in many aspects of this first issue, I really enjoy the direction it sees to be heading. I hope I get to not only see the character grow but the creative team grows to know the character as well.