In 2015 we got the first look at what would be the Netflix extensions of the MCU with Season 1 of Daredevil. It was gritty, a little more gritty than I expected, but excellent. Now we are 129+ episodes into the Netflix MCU world, and back where it all began with season 3 of Daredevil.

After the end of Defenders, we weren’t sure what to expect from Matt Murdock. Honestly, we weren’t even sure if he survived after the Midland Circle incident at all. But good ole Matt Murdock is very much still alive, currently dealing with a crisis of faith, full of self-pity, and more cynical than ever. After his near-death experience, his body is broken, and his powers aren’t what they use to be. He’s left to convalesce at the orphanage and church he grew up in, hidden away from his old life, and everyone he cares about. Honestly, I feel like this bitter, angry, broken Matt Murdock is the best performance that Charlie Cox has given as Daredevil to date. We’re also incredibly blessed with the return of Vincent D’Onofrio in the role of Wilson Fisk.

Episode one does start a little slow, which is not something I typically think is a bad thing. The slowness of the opening episode really lends itself to setting the tone for the rest of the show, so I feel as if it was done intentionally. After about three-quarters of the episode, there is a very definite move in tone from hopeless and helpless, back to mildly hopeful. Of course, that hopefulness doesn’t stick around for long. The tone for the second and third episode are more similar to the ending of episode one. Episode two focuses more on how Foggy and Karen are affected by Matt being gone. Elden Henson continues to do an encaptivating job at playing the lovable and relatable Foggy Nelson. Deborah Ann Woll’s character, Karen, has evolved into a tenacious reporter and is pretty captivating when she is on the screen as well. We’re also introduced to two notable new faces. One being Jay Ali’s Rahul Nadeem, an FBI agent assigned to Mr. Fisk. The other being Benjamin Poindexter played by Wilson Benthl. Being that This is only a review of 3 episodes of Daredevil, these two new characters haven’t gotten a ton of development yet, but I’m really looking forward to seeing what they do with the parts they are playing. 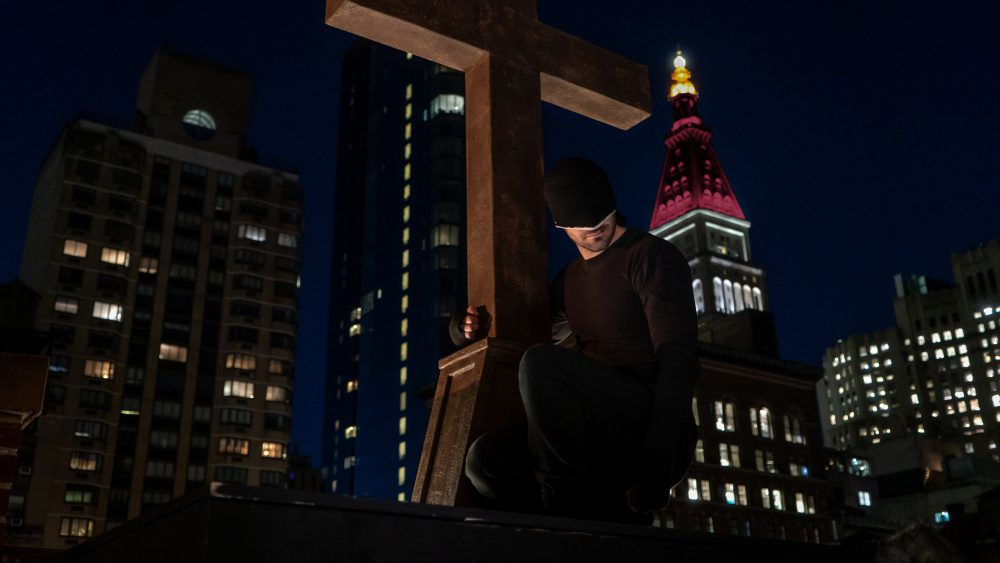 So far, I feel like this season of Daredevil is delivering exactly what you have come to expect from Daredevil. Although I am very hopeful and excited to see a story that seems to be more focused on D’Onofrio’s Wilson Fisk again this season. He really steals the show with his signature monologues. Just being 3 episodes in, I think anyone who has enjoyed most of the other Marvel Netflix shows will feel right at home with this season of Daredevil.