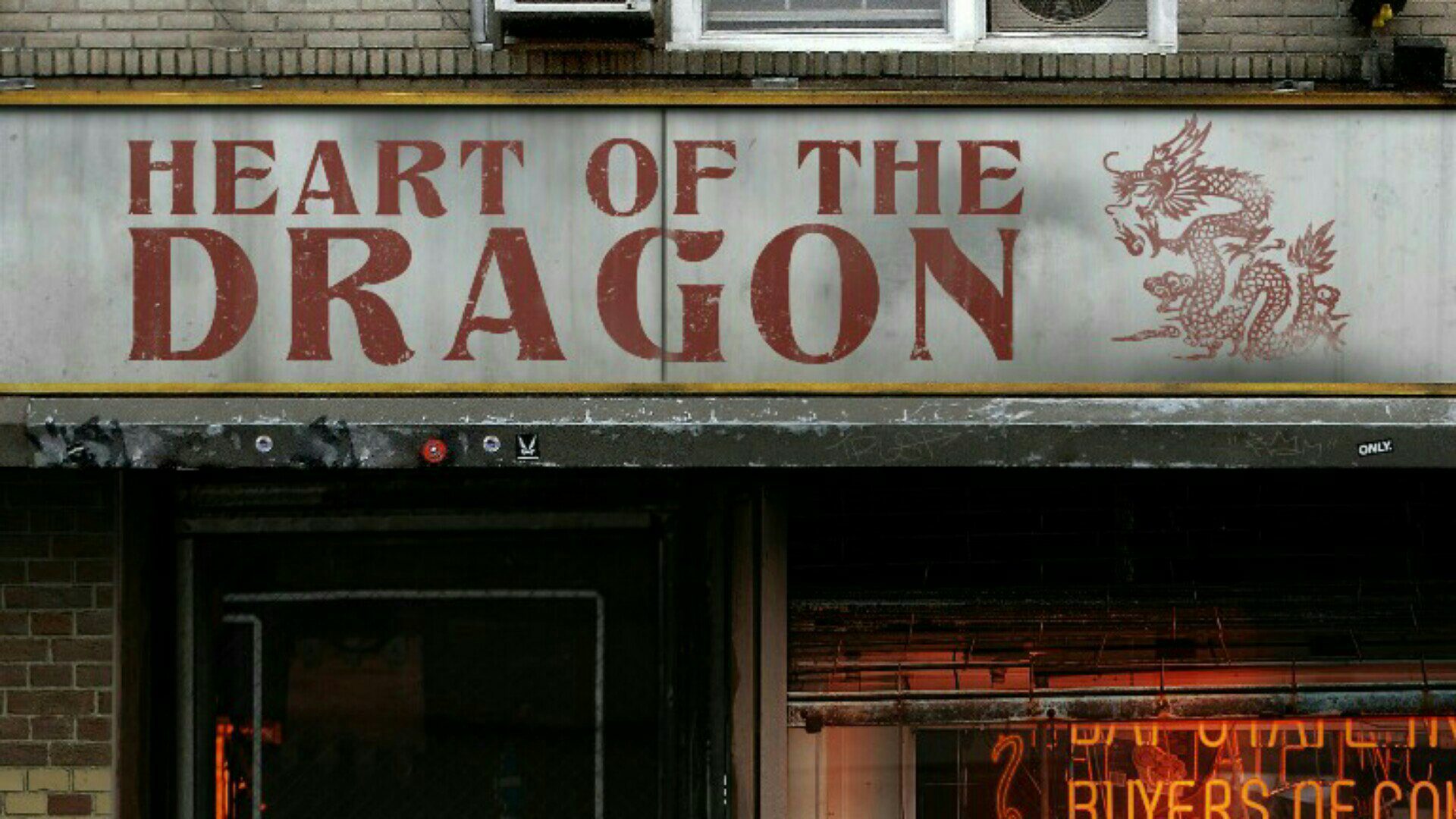 After the chaos of Episode 4, we pick right up with a shot of Davos (Sacha Dhawan) that is reminiscent of the Iron Fist comic books. This episode is a turning point for all of our characters which is to be expected because we’re halfway through our season. Danny, (Finn Jones), is struggling and in some trouble so he takes a back seat for some of the episode which allows the rest of the characters to step up and truly shine. In some ways, Heart of the Dragon, is Davos’ backstory, his road to becoming the villain, the origin story of the Steel Serpent.

The underlying theme of this show is family, whether it is the family our characters are born into or the one they create for themselves. We get a fleeting look at young boys growing up in K’un-Lun unaware of their destinies, and a few glimpses into the complicated relationship between Davos and his mother. These flashbacks combined with present-day scenes of Davos help illustrate his motivation and obsessive need to become the Iron Fist. Davos isn’t just a regular villain. He isn’t a member of the Hand or a member of The Triad. Danny and Davos are on the same side, but jealousy and anger have tainted Davos driving him to betray the person he once thought of as a brother. Sacha Dhawan does a remarkable job conveying Davos’ pain, regret, fury, and the inevitable steel resolve of the Steel Serpent.

The welcomed presence of Misty Knight (Simone Missick) continues to reinforce the need for a Daughters of The Dragon spinoff. We are treated to more Misty and Colleen (Jessica Henwick) goodness as they team up to look for Danny. Between well-choreographed fight scenes and witty quips, lays a solid female friendship and sisterhood. Colleen can always be vulnerable with Misty and vice versa.

We are also treated to an interesting pairing in Episode 5, Joy (Jessica Stroup) shares scenes and finds an unlikely confidant in Mary/Walker (Alice Eve), who helps Joy realize she might have made a mistake by joining forces with Davos. I love the connection the two share, and how the writers of Iron Fist are highlighting female friendships this season.

Remember how I said the underlying theme of Iron Fist is family? Danny’s life is like two sides of a coin. He is the Immortal Iron Fist, and he is Danny Rand. Episode 5 highlights the relationships Danny has with his two brothers, Davos, and Ward (Tom Pelphrey). Heart of the Dragon, draws attention to the disintegration of Danny’s relationship with Davos while simultaneously strengthening his relationship with Ward.

Danny finds himself in a vulnerable place during Episode 5. The conversation between Danny and Ward is so well written, and executed by Finn Jones and Tom Pelphrey. Ward relates to Danny’s faults and feeling of helplessness because of his experiences attending NA and AA meetings. It’s a powerful scene that deepens the bond the two share as brothers. I’ve been a fan of Ward since day one, and am pleased to see him grow as a person. Not too long ago Ward wanted Danny dead, and now he’s helping to tend to his wounds and reinforcing their brotherhood.

Heart of the Dragon is a well rounded episode filled with memorable interactions between the characters. The fight scenes are choreographed and perfect in my eyes. It’s also refreshing to see the women sort of lead the episode. Lastly, the lighting during a few of Davos’ scenes was stunning with a little nod to the colors associated with him in some of the comics, purple and red. 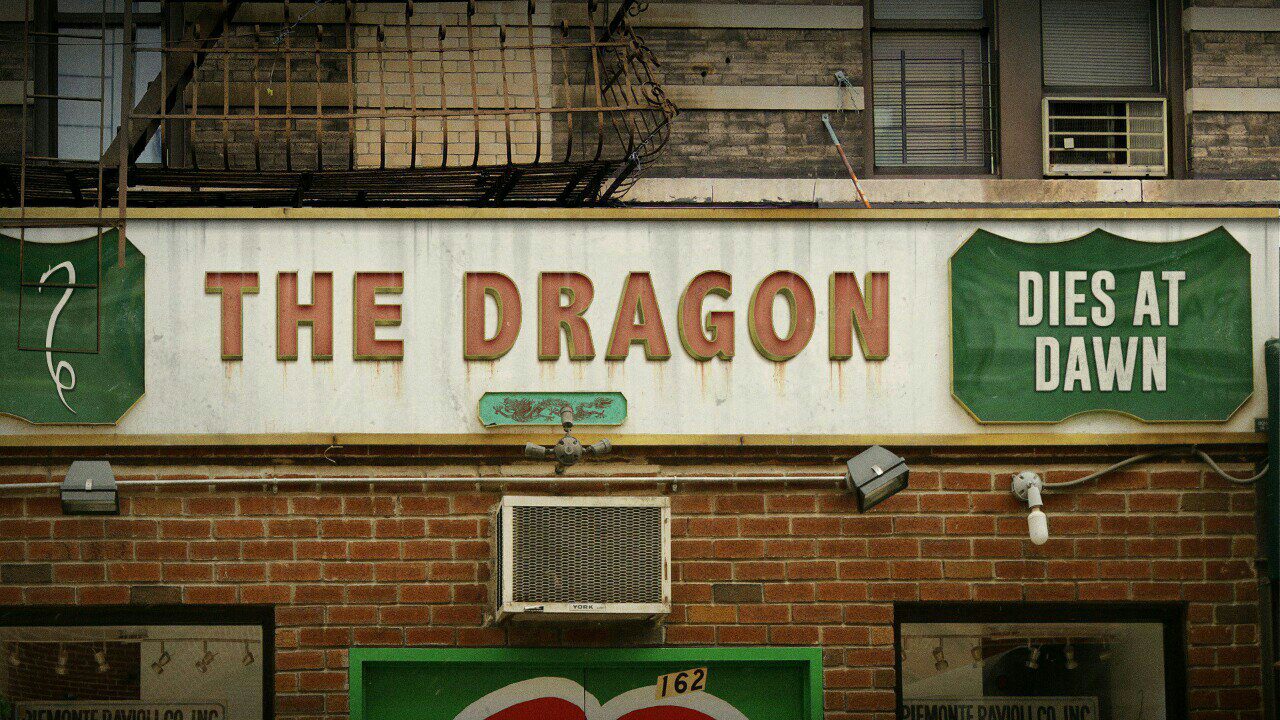 I love how Episodes 5 and 6 effortlessly flow together. These two episodes reward fans with a more in depth look into relationships that we didn’t have a chance to see in Season 1. The characters are paired up in well-written enjoyable scenes, and while Danny (Finn Jones) is still recuperating, the women step up and shine.

Misty Knight (Simone Missick) continues to prove that she belongs on Iron Fist, and in my opinion, is better suited for this show as opposed to Luke Cage. Between her chemistry and kinship to Colleen (Jessica Henwick) and her constant ‘I have no time for this shit’ attitude, she is a refreshing presence. In The Dragon Dies at Dawn, Misty also gets the chance to interact with Joy (Jessica Stroup), and Mary/Walker (Alice Eve), resulting in some delightful scenes. I mentioned previously how Colleen can be vulnerable and more honesty with Misty, and swap their grievances during a car ride. The scene transitions from being emotionally moving to a riveting action sequence complimenting each woman’s fighting style without batting an eye. I love how Season 2 of Iron Fist is out to prove that women can be emotional and have meaningful conversations but still kick a little ass when the need arises. The Crane Sisters are back but have met their match with The Daughters of the Dragon.

Joy and Mary/Walker have another great conversation that is sort of a catalyst for the next difficult interaction Joy encounters. I feel like Mary/ Walker has been a great although unconventional way for Joy to get in a little much needed therapy. There is something so amazing about the way Alice Eve has portrayed Mary/Walker. She is both a victim and an anti hero. Joy can easily relate to that.

Tom Pelphrey is outstanding in this episode. Ward and Joy have been standing on the precipice of their fractured relationship since the season began. They finally have a long overdue conversation. Joy along with the audience discover some more information about the events in Season 1 in regards to their now deceased father. Ward spent a good portion of his life trying to protect Joy; but with emotions running high and mounting frustration he just implodes. The scene is brilliant and much needed. Joy gives some insight into her motivations behind the revenge plot she schemed up with Davos. She confesses a truth amidst her outrage, and as they both stand in a home that isn’t theirs under circumstances they both wish they could avoid, a tiny part of their relationship begins to heal. Jessica Stroup has grown so much as an actress and I am so thankful she was given this material in Season 2. She is able to portray Joy as a strong yet vulnerable woman.

Danny finally interacts with Walker as opposed to Mary, and their exchange clues the audience in as to the triggers that bring out each personality. Since the only person who can successfully wrangle Danny is across town, he sets out with Mary/Walker to find Davos. Danny still has his blinders on when it comes to Davos. He believes he can appeal to the brother he once knew, and that’s what makes Danny Rand such a honorable character. Everything quickly goes from bad to worse, escalating into OMFG, but first let’s check in with Davos. I wonder what he’s been up to… 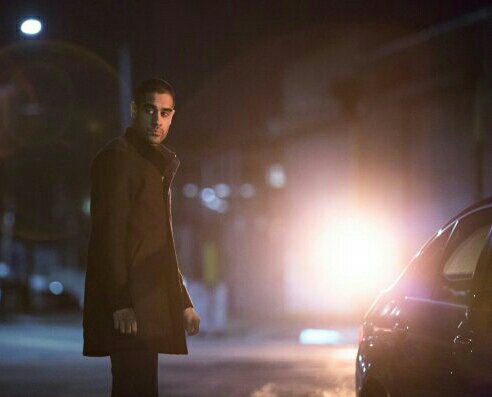 This is not the Davos that Danny grew up with, or the Davos we were introduced to during Season; and Sacha Dhawan manages to successfully create this new powered up version of Davos. The Dragon Dies at Dawn showcases Davos’ brutality in tracking down and executing gang members in a sweeping montage. We catch of glimpse of Mrs.Yang again, and her reaction to the path of destruction left behind by Davos hints at more fuel being added to the fiery Chinatown gang war.

Once Danny and Davos cross paths again, Davos gives one of those epic speeches that all villains have in their repertoire to try and justify their actions. There is a sense of urgency in this scene because while the crescendo of Davos’ voice booms, and Danny is unsuccessfully talking him down, the audience becomes aware that Mary/Walker is emerging from her hiding place. This episode descends into absolute chaos. Rain begins to fall, lights flash, and we’re left unsure about everything, except the brilliance of Alice Eve.

The Dragon Dies at Dawn is an outstanding episode that serves it’s purpose. It gives as much as it takes. We get remarkable character interactions balanced by excellent choreographed action sequences. Once again, the women outshine the men and it is amazing.