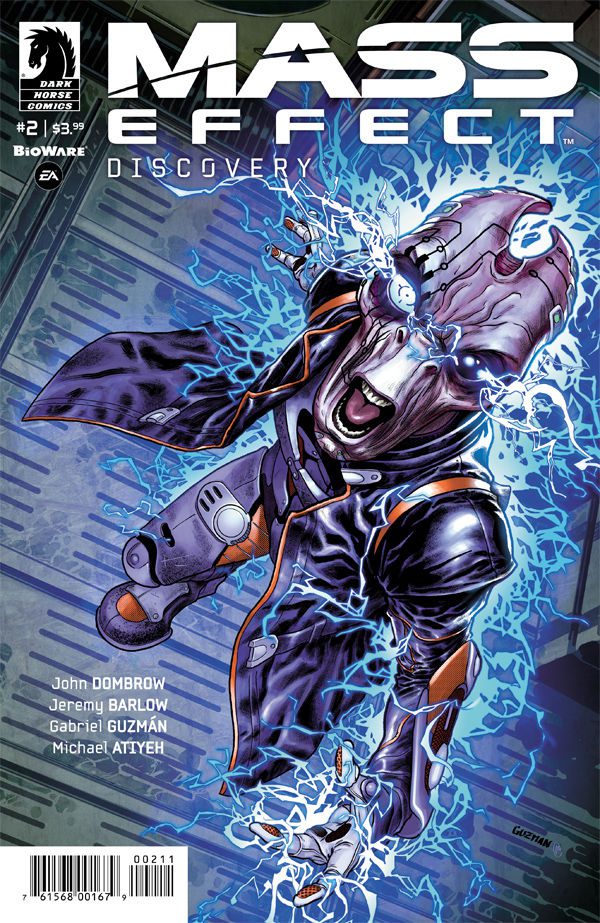 Halfway through the latest Mass Effect spinoff comic from long-time publisher Dark Horse, Discovery is beginning to feel like a worthwhile storyline for fans, and even a bit of a redeeming arc for those that were disappointed with Andromeda.

Discovery really feels like it could be one of a hundred side stories being told at any point in Mass Effect and that’s really always been the series strong suit. Dark Horse and this creative team are no strangers to the property so it’s no wonder Discovery fits like a glove with the IP, tonally speaking. Often times in issue #2 I could envision how these moments would go in the game. The series is trying to introduce its own worthwhile villain, and while he doesn’t seem unique as another ultra powerful biotic expert, his story and that of the heroes’ is compelling. 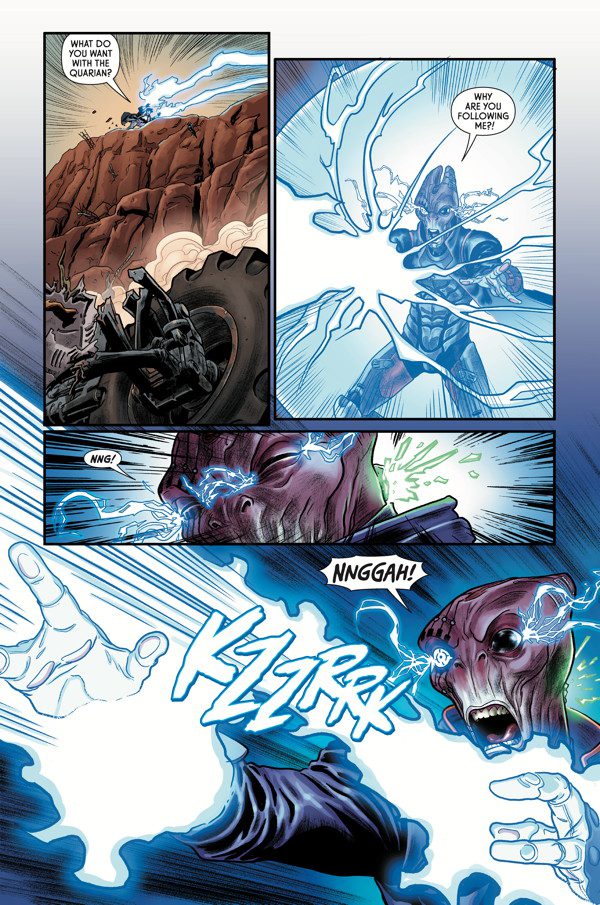 My main gripe with the series so far, this issue more than the last, is that it feels rushed at times. A lot happens in this issue, but sometimes it happens too quickly, leaving little room for reflection which is especially harmful when character deaths are brushed off so quickly. An action-oriented issue isn’t really a bad thing, and it’s to be expected for Mass Effect, but I wonder if this arc would be better served with an additional issue in its run, to allow a bit more time to flesh out the characters.

We know where Kandros ends up — on a space station basically filing paperwork — so it’s not compelling to see how he gets there. It should be more about what he did before he gets there. I think there’s a subtle difference there as we should be focused on the journey, not the destination. That’s what Discovery has done well so far. It’s delivering an adventure worthy of the series’ name. It feels like a good, long mission right out of the game. In fact, Andromeda could’ve used more writing like this one. If they can find room on the pages to slow it down a bit and connect with the events and characters a bit more, they’ll have really captured the height of Mass Effect’s powers as a story universe.