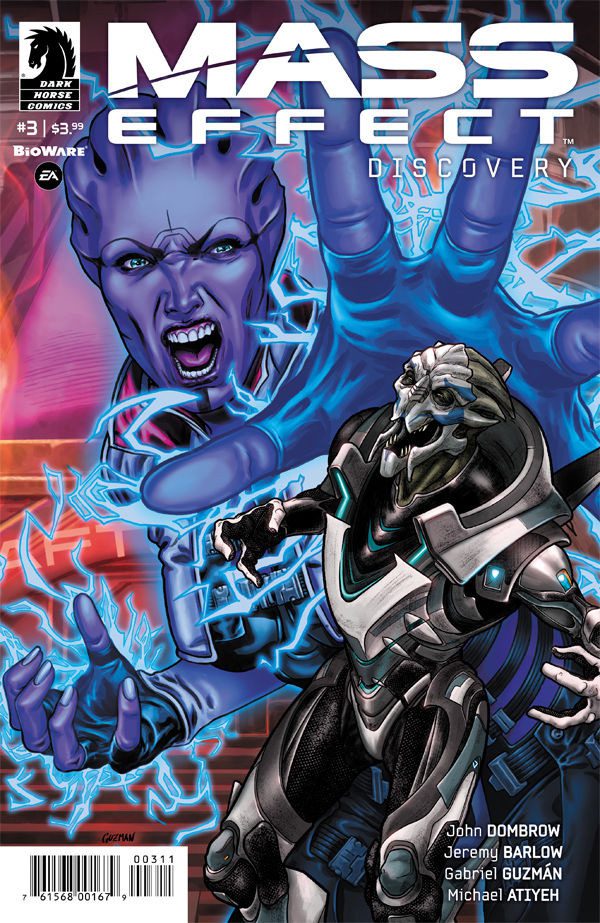 Dombrow and Barlow’s Mass Effect: Discovery is proving to be a worthwhile bride story between the original BioWare trilogy and the polarizing Andromeda. This third issue of the four-issue arc is the best of the story so far and does a great job at being both terrific fan service and an interesting standalone.

As was teased in issue 2, the latest 20 pages take place almost entirely on Omega, the neon-infused, racy, all-night-party station first seen in Mass Effect 2. With that memorable setting comes its memorable de facto leader, Aria. These sorts of cameos are the bread and butter of tie-in comics, and though they can 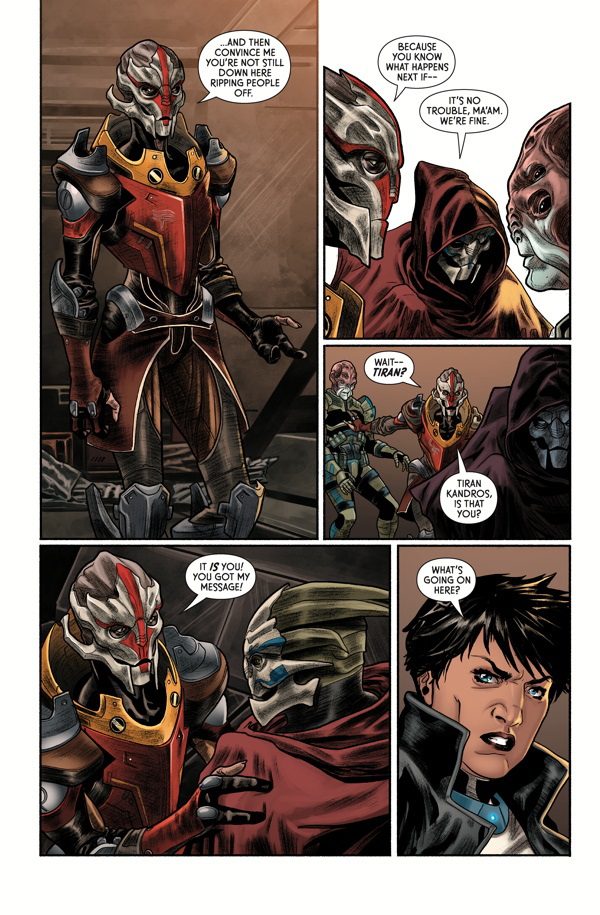 be done wrong, this series has been skillful at walking that line narrowly and smartly so far. Her presence enhances the story because we already know it’s impossible to operate on Omega without her knowing. Really, her showing up was pre-destined in a way. It feels earned and fun.

This issue’s pacing is very strong too, with plenty of time for character development before an explosive final section that leaves us dangling for the final issue. At one point I was surprised to see issue 3 isn’t an extended issue because so much happens in those few pages. I often bemoan the delivery of single issue comics. I much prefer reading a trade paperback in one go, the full arc available. So often there seems to be a dearth of content for single issues. Discovery #3 gets it right and reminds me that sometimes this format can be exceptional. The famous red hues of Omega look fantastic, and the action flows well only after some crucial character beats. It’s a really solid issue that proves tie-ins aren’t always without a soul.