Masters of the Universe Reboot is Courting A New Director

Sony is reportedly in talks to bring in a new director for the long-gestating reboot of Mattel’s Master of the Universe film series.

G.I. Joe Retaliation director Jon M Chu and McG were previously connected with the film, but it looks like the writer of the most recent draft of the script is being eyed to helm the project. It’s being reported that David S. Goyer, screenwriter of the Dark Knight trilogy, Man of Steel and director of Blade Trinity and 2009’s The Unborn, is in talks to take on directing duties of the film. 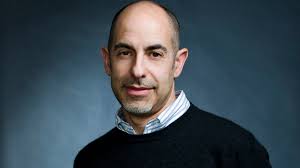 Mattel and Sony are overseeing the project with Todd Black, Jason Blumenthal and Steve Tisch coming on as producers. Masters of the Universe is based on the highly popular 80’s cartoon and toy line from Mattel about a super-powered warrior named He-Man and his allies who fight a war of alien technology and magic against the forces of the evil wizard Skeletor on the planet Eternia. Dolph Lundgren (Aquaman) played the role of He-Man in a 1987 live-action film version with Frank Langella taking on the role of Skeletor.

Have you seen this:
Animated Film 'Batman: The Long Halloween, Part ONe' Finds Its Voice Cast

Sony and Mattel are motivated to get this film into production because it is expected to hit theaters December 18, 2019.

David Goyer He-Man Masters of the Universe
Add your voice!Join the conversation on Discord...
Join Our Discord