Put your bandages on because because Negative Man is here!

‘White Collar’ and ‘Chuck’ star Matt Bomer has officially boarded the already stacked cast of DC’s upcoming show ‘Doom Patrol.’ He will be portraying Larry Trainor in flashbacks and providing the voice over for Trainor’s alter ego Negative Man, which confirms our earlier report. Matthew Zuk will be wearing the suit during filming. 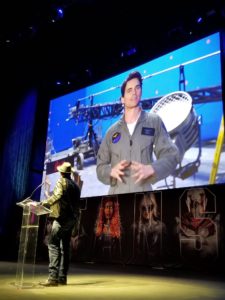 The show hails from Jeremy Carver alongside Geoff Johns, Greg Berlanti, and Sarah Schechter. It will premiere exclusively on DC Universe sometime in 2019.