While covering DragonCon 2017 I was lucky enough to attend a few press conferences. The first with the amazing Michael Rooker! We were able to get about 30 minutes of his time and he is awesome. Enjoy! 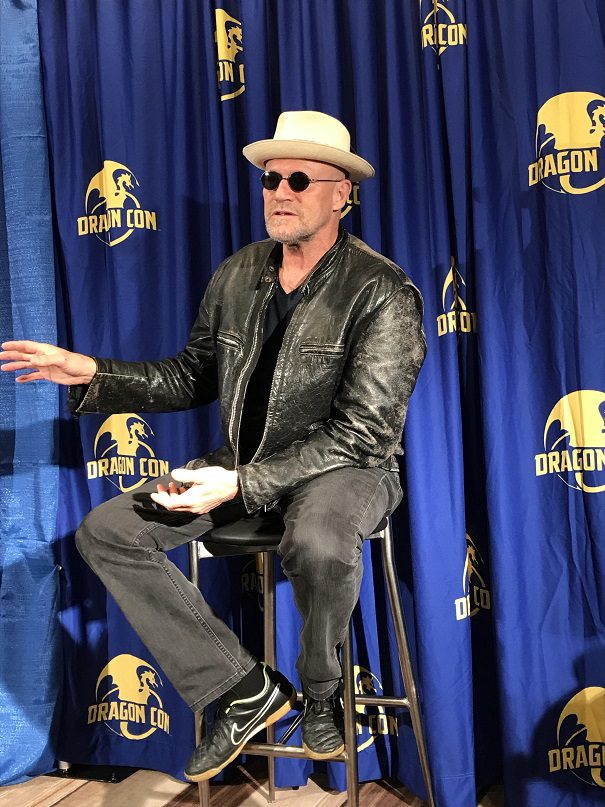 Check out the New Trailer for Gerald’s ...

I was born and raised in Chicago, IL and attended the University of Illinois at Urbana-Champaign, where I honed my FPS skills. Since then I have acquired a wife, two kids, an MBA, and relocated to suburban Atlanta, GA. I realized my love for video games the second my hands touched an NES controller circa 1989 and I have loved comic books for as long as I can remember. I've expanded my level of geekdom to books, TV, movies, and going to as many conventions as I can. I even started to a podcast (ETMF Podcast) to discuss all the things that I enjoy today. Twitter: @etmfpodcast PSN ID: SDiddy0906 Xbox Live ID: SDiddy0906 Current console of choice: PS4 Xbox One Favorite Genre: Sports, Action RPG, FPS Career Systems: NES, SNES, Sega Genesis, N64, Gameboy, Gameboy Color, PS1, PS2, Xbox, PS3, Xbox 360, Nintendo Wii, DS, 3DS, PS4, Xbox One