Its only May but if I had to choose a game of the year right now, Milanoir would be in the running for that title. Milanoir is an action adventure game that feels like a property straight out of the mind of Quentin Tarantino due to its art style, its music, and its personality. You play as Piero, a convict trying to get revenge on the person that framed him. There is something so special about this game, the way that the characters wave their arms around when they are on fire, or how Piero delivers the cheesy lines to his enemies, or how the bubble conversations show up on top of the characters that are trying to kill you, Milanoir does a stellar job with its presentation. 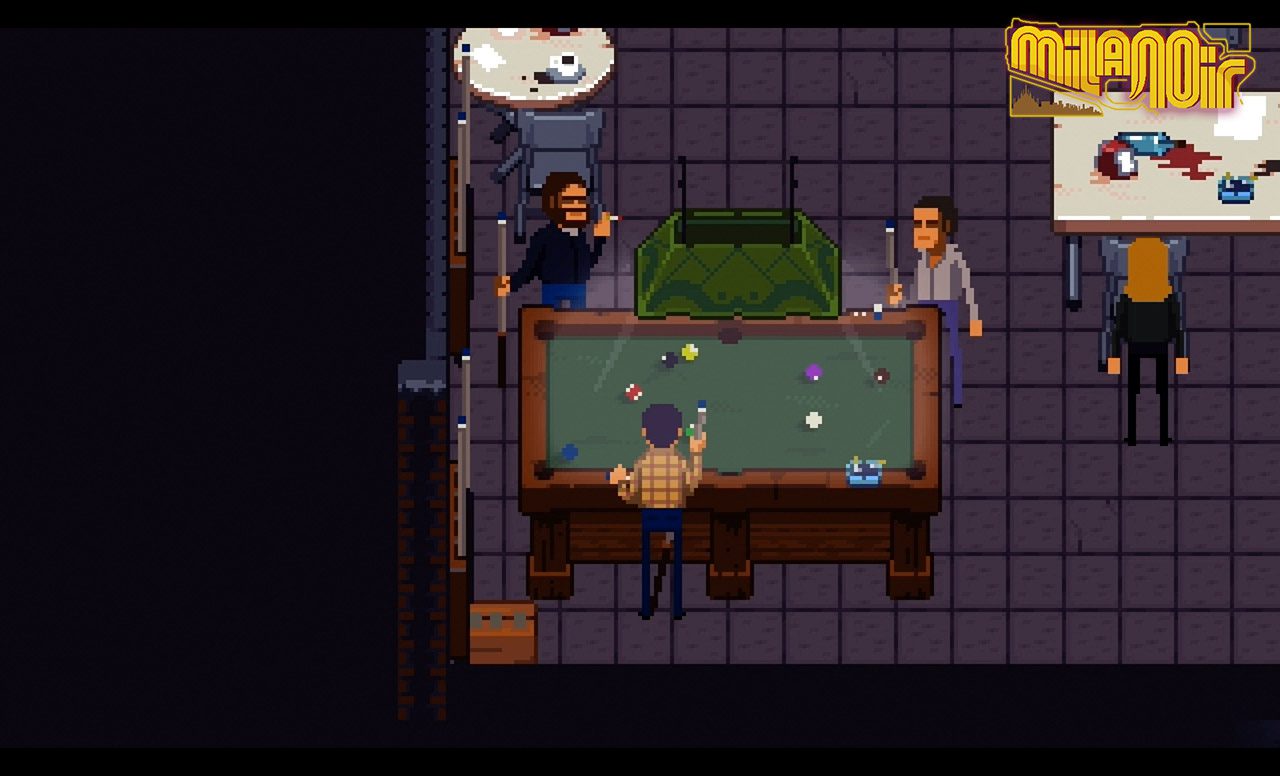 The game is divided into eight chapters and each chapter has a similar formula: go through the level, clear out each level, and fight a boss at the end of the chapter. Despite the fact that each chapter has the same formula from the previous chapter, every level feels different due to their level design. In one level I’m having to sneak around choking people to death while the next level I am having to use a crane to reach different floors to clear those floors out. Each boss fights feels different too, and it refreshing to see a game use the boss mechanics the way that Milanoir uses it. It would have been easy to just rehash each boss with different skins, but Milanoir uses its bosses to give us, the players, a new challenge. Every time that I would encounter a new boss it would remind me of “Kill Bill” and how “The Bride” had to take down different characters and how each of them basically breathes a new life to that story. Milanoir’s bosses each breath a new life and new personality to the overall game. Milanoir does come with 2 other modes aside from the eight chapter campaign, there is an arena mode and there is the local multiplayer, so if you are dying to get more of Milanoir, you have a chance to do so.

Have you seen this:
OSRS slayer: Essential Slayer Training Guide

Milanoir is not perfect though, yes it does a lot of things right, and in my opinion, it does more good things than it does bad things, but I need to point out where the game falls short. I was enjoying Milanoir a ton, but then I came across chapter six, one of the toughest levels of the whole game, and it saddens me to say that it almost made me want to stop playing Milanoir. The fact that the game is hard doesn’t bother me, I love a good challenge, but I felt that chapter six was just hard for the sake of being hard. In Milanoir, sometimes it feels like the game is just trying to punish you and it can be pretty frustrating. What made matters worse to me was the fact that Milanoir does away with a difficulty setting, and I feel that if it included the option to change the level of difficulty it would have made for a better experience.

Overall I am glad I stuck around to finish what some may consider a hard game because at the end of it, I found one of my favorite games. Milanoir is nonsensical, over the top action game, with a good story and its one that deserves your time, even if you don’t try the other game modes. Milanoir deserves an 8 out of 10.