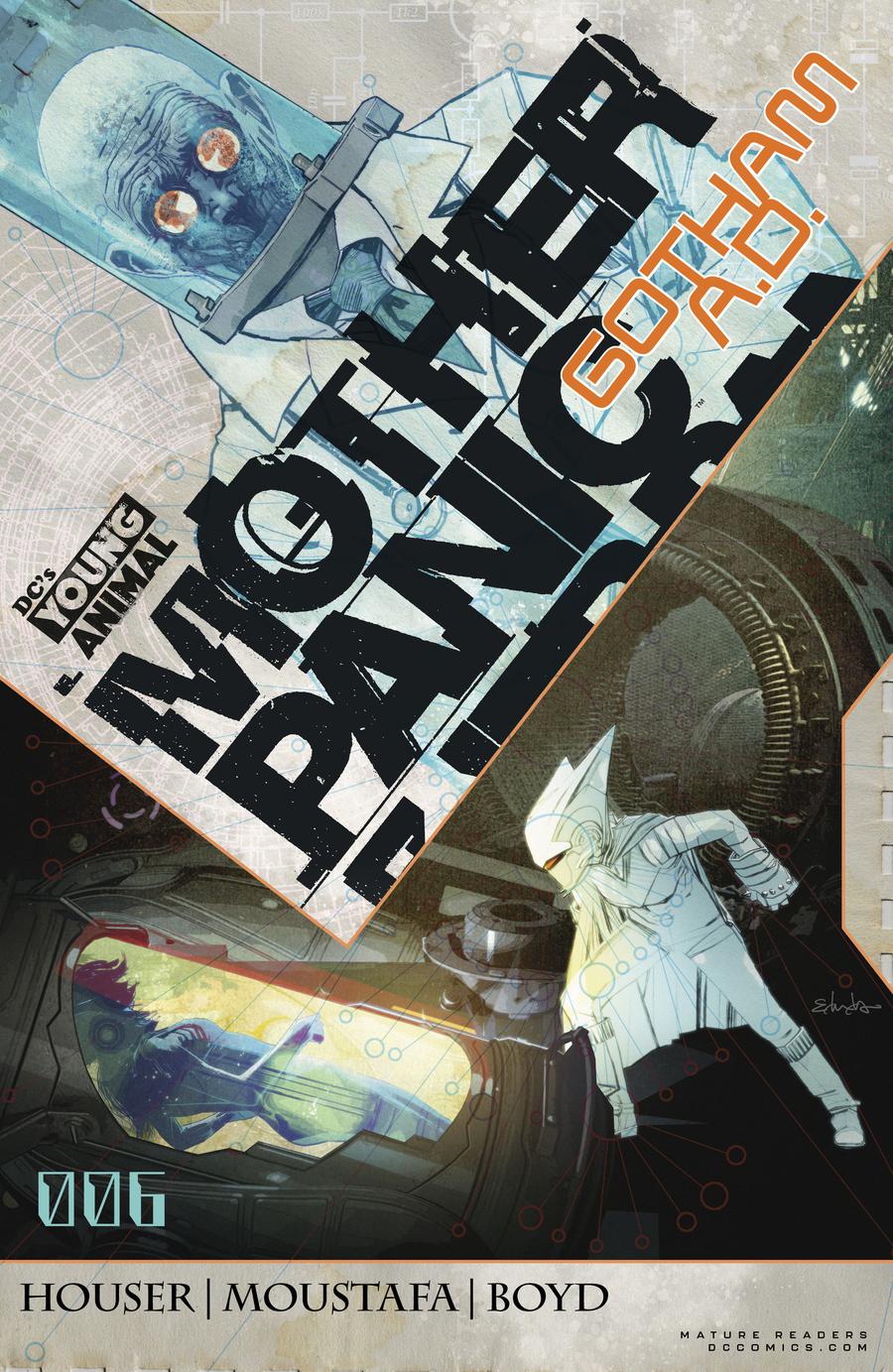 Mother Panic has been one heck of a ride since the aftermath of the Milk Wars. We see Violet go up against Red Hood as his gang has lost the war. This battle is important because we see that she is starting to come to terms with her situation in the new Gotham. She starts becoming a stronger person who begins to trust her mother and her partners more.

As the issue goes on, we start to see Jody and Ibrahim cleaning up loose ends; specifically with what happened to that Gotham’s Violet. As we find out, we are given a chance to see Violet going to hunt down anyone that was associated with The Collective and rescue those that were injured at the Gather House.

For a final issue, it ended up being a bit lackluster. We get to see Violet grow as a person but fall short of any real significances. Her fight with Jason Todd has little implication and is treated as a side note to fix the loose ends. Her mother becomes the central figure that solves everything with her clairvoyance power.

Ibrahim art is at his standard for the series. Some panels are mind blowing and others are stale. Jody is forced to wrap up the series to have an ending that can lead to more rebirths in the future.

The conclusion to Mother Panic AD was not the best and I hope that when they relaunch it, they are able to give the Violet the justice she deserves as she is a great character that needs more exploration.