Hello friend.
Follow the key and you won’t get lost. 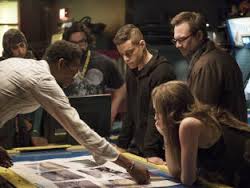 onsequences of busting Vera, Mr.Robot, creating you…I chose this, I chose all of it.”

The fourth episode, da3m0ns.mp4, begins with us staring down the barrel of a gun.  Elliott’s gun, his final line of morphine.  The shot’s framing and slight blurriness cause the line to almost appear like a road into darkness.  Cut to where episode three left off, with Elliott sitting at the fsociety command center, explaining to everyone his plan; a raspberry pie.  Both the viewers and Elliott understand that by sending Vera to prison he would eventually go into withdrawal.  Too bad that it’s the day bef 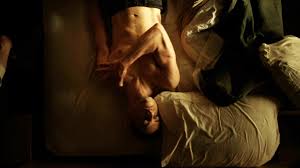 ore Elliott and fsociety need to break into steal mountain, to plant a bug that will help take down E-Corp.

The opening sequence’s narration is about Elliott’s flaw, his addiction to morphine.  The interior monologue includes some justification for his drug dependency issues, he has “clinical depression, confusing relationships, others depending on him…,” really Elliott is just trying to explain that he’s only human.  Consider fsociety’s conversation about how to break into the steal mountain facility.  Romero (Ron Cephas Jones) insists that there are no flaws in the building’s structure, then Elliott points out, “I see about six walking around,” as close ups of steal mountain employees are shown on the screen.  During this opening there’s a subtle juxtaposition between E-Corp’s weakness, and Elliott’s own self destructive behavior.

Have you seen this:
Why is WandaVision a Television Show?

“I told you before, you’re the key to the whole thing…you’re the only force of nature at play here.” -Mr Robot

After a stop at a drug den (notice the fsociety fliers on the walls?), and a ten minute long dream sequence, Elliott feels recovered from his crippling drug withdrawal.  He is still clearly dependent on morphine and other drugs, but he is stable enough to walk into steal mountain without being suspected.  Is he really the hero in this story?  A seed of doubt gets planted in our minds as we come to understand the our leader, our hero, is just as weak as the rest of us.

“At some point an action without user interaction will come along and sweep my legs.” -Elliott 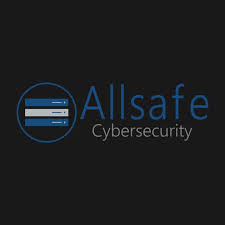 This episode actually ends with Angela’s storyline, as she breaks into AllSafe to plant a virus into the network (acting as a puppet for the dark army).  Just like Elliott, she is only human too.  After her boyfriend accidentally downloaded a virus onto his laptop that allowed the dark army hackers to gain access to her father’s credit records, Angela had only one choice to make.  She decides to give into the dark army’s demands and do their bidding. Angela can’t afford the consequences of taking the moral high ground in this situation.  The opening sequence points out the shared weaknesses between Elliott and his enemy.  While the closing scene illustrates the hard strength between Elliott and his ally.  The dark army broke into Allsafe by targeting their flaw-the people inside.  The final shot shows the fsociety crew driving off to complete their steal mountain mission.  The road reflecting back to the opening’s morphine line.  Remember, Elliott “chose all of it,” being a drug addict and our hero.

Have you seen this:
GeekOPedia: Eric Palicki Pt. 1