My Hero Academia, the popular manga by Kohei Horikoshi, is the kind of manga that I wish had existed when I was in high school. Its main character, Izuku “Deku” Midoriya, is a nervous, earnest young man who, in a world teeming with superpowers, has no power of his own. It’s not until he meets his idol, All Might, that he can journey towards his true purpose: becoming the greatest hero of all time. The manga is a playful mixture of thrilling adventures, humor, and drama. But it’s through Deku that I saw at least a few small shades of the boy I was at his age. Nervous, earnest, and eager to make a difference.

Which, during my viewing of My Hero Academia: Heroes Rising, forced me to recognize that my bias was always going to lean in favor of it. Anytime I cheered or let out a laugh, I had to realize that there was going to be someone who wouldn’t understand it. So, before the rest of the review gets underway, I’ll say this: if you are not already a fan of My Hero Academia, then your enjoyment of this film will be very limited.

Have you seen this:
BRZRKR #4 (REVIEW)

If you are a fan of the franchise, however, what you’ll find is a film that mostly manages to capture the beats of what makes the manga so endearing in the first place. There is some plot about a generic supervillain of some kind, but they are of little importance beyond being obstacles to our super-powered school children. The true focus rests on Deku and the rest of his 1-A classmates, students of the elite hero school UA. 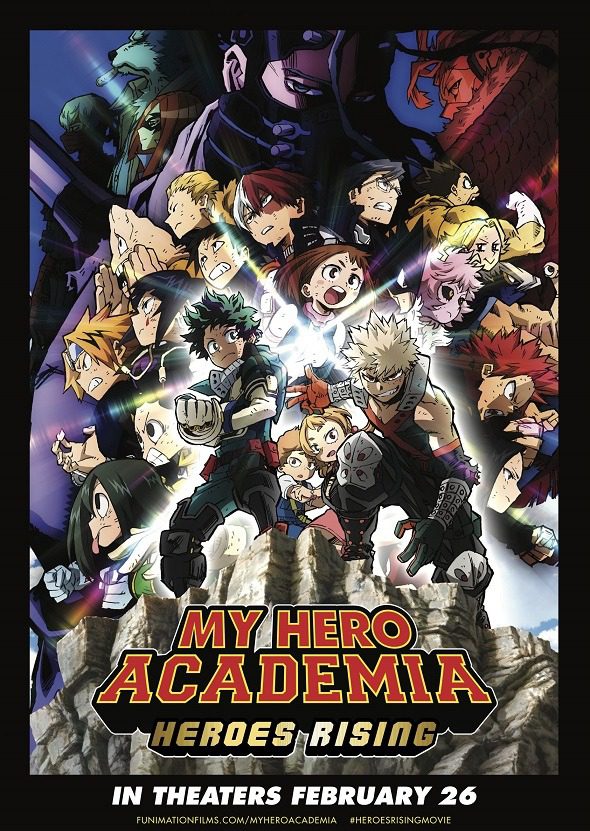 As an exhibition to show off the powers of the various students and how they interact with one another, Heroes Rising succeeds and then some. The final thirty minutes are an explosive feast for the eyes, with fluid animation and thrilling action lingering in every frame. And when we finally reach the climactic battle between the lead villain and two of our heroes, my excitement as an MHA fan was almost un-containable.

Unfortunately, it’s after this area that the film slightly stumbles. According to interviews with Horikoshi, Heroes Rising is at least partially based on his rough draft for the series finale, something he wrote before the manga became the enormous hit that it is. It’s awkward, then, after a sequence that feels so climactic that the film forces itself back into the status quo of the anime.

Have you seen this:
Aquaman: the becoming #1 (review)

Note: the subtitled film was reviewed.