A new twin-stick shooter graces Steam! Check out the press release below and click here to bookmark the game in Steam.

Developed by Shotgun with Glitters, “ONE SHELL STRAIGHT TO HELL” is a completely new spin on the art of exorcism and demon hunting. The player gets to play the part of the world-famous fist of the papal order, renowned presenter at Vatican TV, Exorcist at International Association of Exorcists and the one and only internationally licensed demon-hunting priest: Father Padre Alexander.

Simply known as the Padre to his friends and foes alike, he is a bad-ass demon hunter and a man of the cloth. He is no ordinary priest, being sarcastic towards God, church and most of all human and demonic behavior. He is not quite sane as an ordinary person but his insights into human life and tragedy can sometimes resonate with everyman. 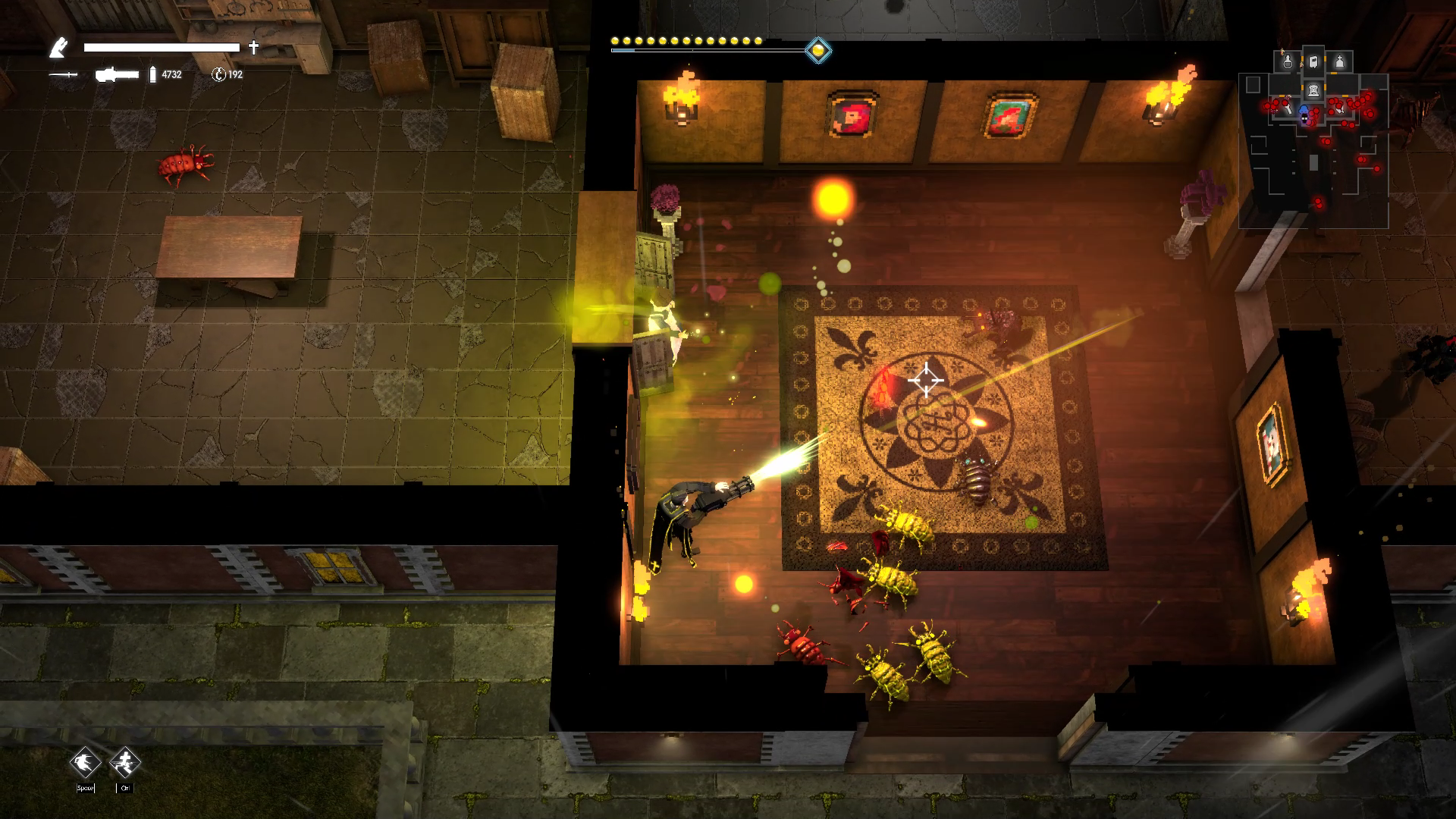 With “ONE SHELL STRAIGHT TO HELL” Padre comes to assist the Halliwell family, who for generations have been keeping an earthly entrance to hell in check. The portal was quiet for far too long and such the residents of the mansion slowly forgot their task, thinking of their burden more as a fairy tale.

Descend into ever-changing dungeons that overflow with demonic enemies that pit the player against relentless waves of satanic hordes. Bristling with a collection of monsters and bosses determined to lay waste to the world, the player must use an assortment of ludicrous weapons and traps to hold them at bay and complete the Papal sanctioned mission.

Steam
Are you an Insider?News, reviews, & updates are just the beginning.