Marvel has revealed the new Super Bowl spot for the upcoming, highly-anticipated Guardians of the Galaxy Vol. 2.

Set to the backdrop of Awesome Mixtape #2, Marvel’s “Guardians of the Galaxy Vol. 2” continues the team’s adventures as they traverse the outer reaches of the cosmos. The Guardians must fight to keep their newfound family together as they unravel the mysteries of Peter Quill’s true parentage. Old foes become new allies and fan-favorite characters from the classic comics will come to our heroes’ aid as the Marvel cinematic universe continues to expand.

This trailer gives us a better look at each of the members of the team including Nebula, Yondu and Mantis. This film looks to have more action, more comedy and more chaos as expected!

As usual, Rocket is Groot’s translator, we see a bit of this in the super bowl spot as he greets Yondu. “Welcome to the freakin’ Guardians of the Galaxy… only he didn’t use “freakin.'” Glad to see one of the founding members of the Guardians in the comics, become part of the team in the MCU. Also, how many times do you think Captain America would have to say “language” to Rocket?

The trailer is set to Fleetwood Mac’s The Chain, which is just a small taste of what to expect from the Awesome Mixtape Vol 2. 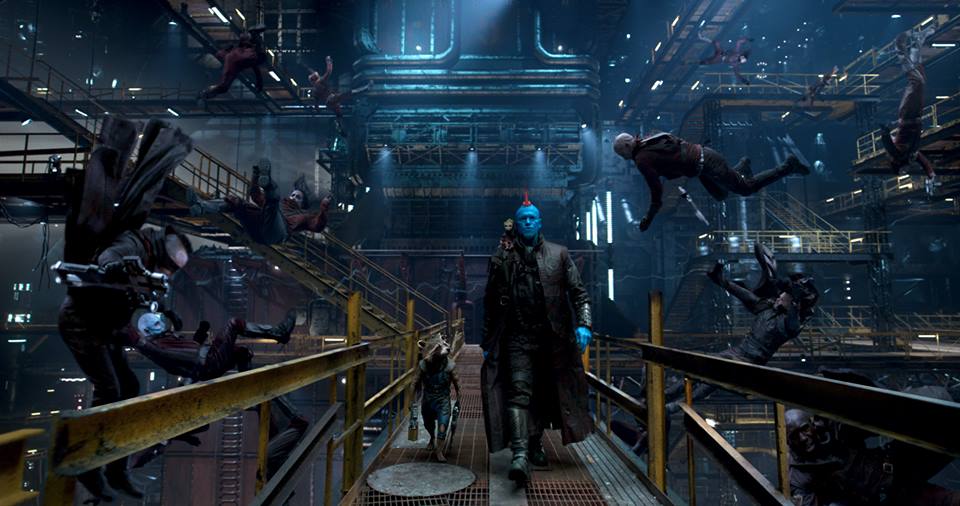