“I will prove myself!” – Bridgitte Lindholm

The surprises keep coming from Blizzard as their latest update will include a new support character!

No longer sitting on the sidelines, Brigitte Lindholm has taken up arms to defend those in need of protection.

The daughter of weapons designer, Torbjörn Lindholm, Brigitte was the first of his children to show an interest in mechanical engineering. Brigitte spent much of her spare time in her father’s workshop, learning the trade and honing her skills. Her aptitude for engineering mirrored that of her father’s, but Brigitte’s primary interest was in armor fabrication and defensive systems, unlike Torbjörn, who was world renowned (and perhaps infamous) for the weapons he created. 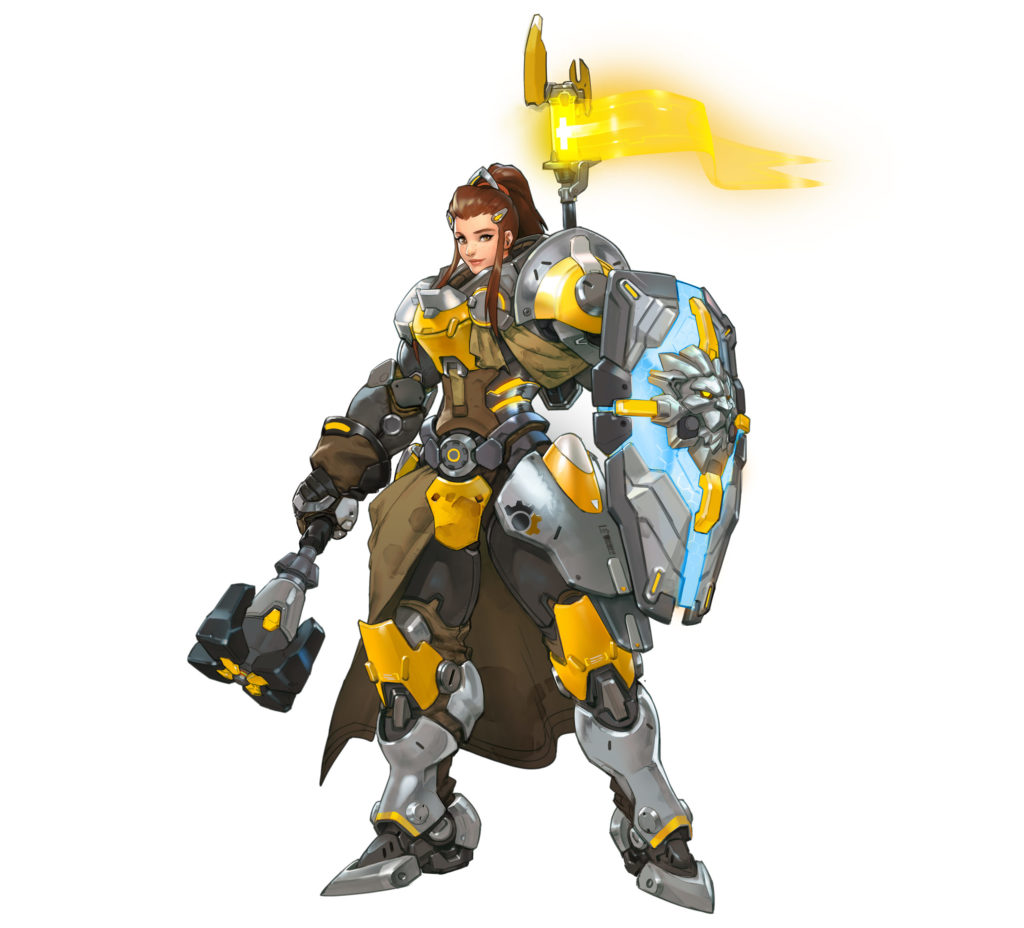 Brigitte specializes in armor and defense. She can throw Repair Packs to heal teammates, or automatically heal nearby allies when she damages foes with her Flail. Her Flail is capable of a wide swing to strike multiple targets, or a Whip Shot that stuns an enemy at range. When entering the fray, Barrier Shield provides personal defense while she attacks enemies with Shield Bash. Brigitte’s ultimate ability, Rally, gives her a substantial short-term boost of speed and provides long-lasting armor to all her nearby allies.

What do you think of the new character? Blizzard has certainly been keeping busy by rolling out several updates over the last couple of months, including their Year Of The Dog event, Overwatch League skins and now a new support character.

Brigitte is now live in the PTR!

Brigitte’s new Origin video can be found below: