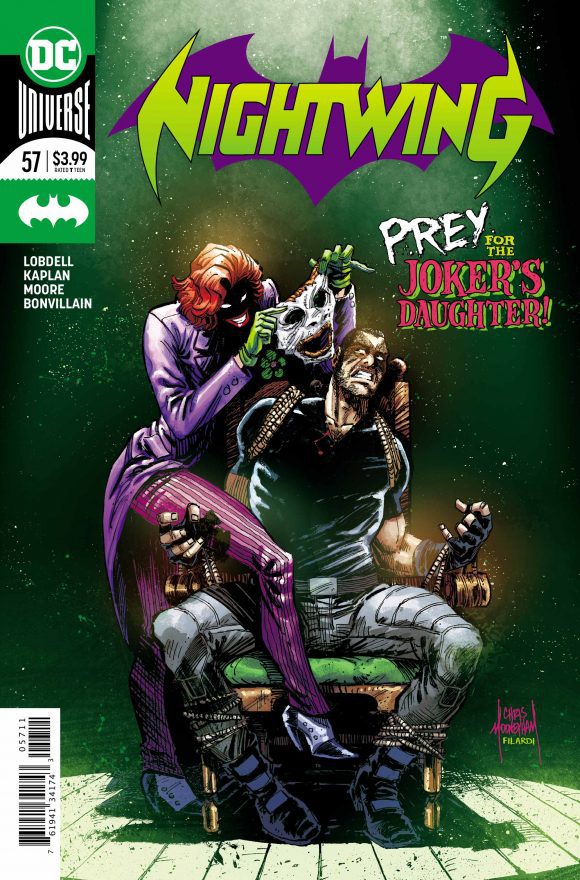 If you’re not convinced Ric Grayson will become Dick Grayson again after reading Nightwing #57, you’re lying to yourself. He may never do by “Dick” again, which is weird in itself, but who he is won’t go away. Isn’t that the important part?

In some ways, it feels like his transition back to his old self feels too easy. However, some of Ric’s comments make it seem like he’s been actively fighting who he is. So, in a way, it makes sense for him to naturally slip back towards his old personality.

I know that I’m tired of thinking about myself.

A handful of times he reiterates lines similar to this one. On top of that, Bea has a very similar personality to the old Grayson. Being with someone like that can make an impact. Especially for someone like Grayson.

Have you seen this:
Buffy the Vampire Slayer # 20 (REVIEW)

He may never go by “Dick” or dawn the blue Nightwing again, but he’s getting back in the ring. And for pretty much the same reasons he’s always fought: to make things better for everyone else.

Also, it looks like he’s joining a team. Not sure how long that will last.

Speaking of which, Detective Colleen Edwards, one of the Nightwings, does not mess around. After interrogating some creep as a cop—and finding no success—she blows his door down and takes him out like nothing. And she pulls off that ancient Nightwing outfit pretty well, too.

The one concern with any of these Nightwings is making sure they don’t let the power get to their heads. Detective Alphonse Sapienza has shown signs of overconfidence before. Detective Edwards seems to enjoy the chance to using brute force whenever she can.

Lastly, looks like the Joker’s Daughter is back in the fold. She has to be one of the more disturbing characters in DC’s roster. How in any way could it make sense to anyone to wear a dead person’s face as a mask? Who cares if it’s your “dad?” You have to be a different kind of crazy to think that’s OK in any capacity.