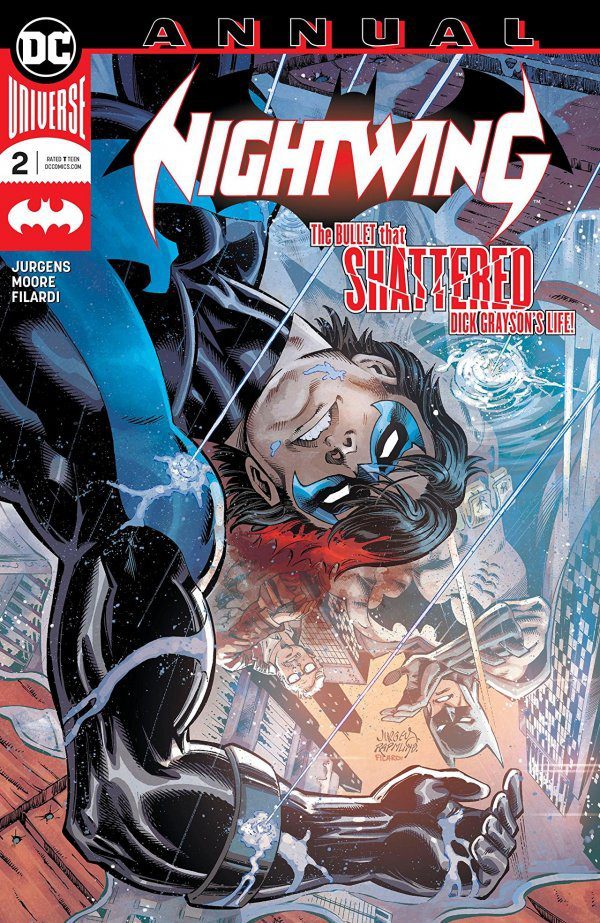 (WARNING: Spoilers for Nightwing Annual #2 ahead.)

Well, now it all makes sense.

Ever since Ric Grayson was shot in the head — and started going by Ric instead of Dick — he’s been in a bizarre state. Not because of his memory loss necessarily. It’s more been the fact he can only remember his childhood, yet he’s still, in many ways, the same person he was before the incident.

Everything was done by design — all orchestrated by the Court of Owls.

Now, when we see Dr. Haas injecting Ric with some vaccine, it looked suspicious. But it became obvious the Court of Owls was involved once the children’s book “The Very Friendly Owl” popped up in Ric’s memory. William Cobb recently popping up may have helped with putting two and two together. And the second Haas gave Ric the book, all suspicions about her were confirmed.

Based on the lengths Haas went to and what Ric has done since he started his new life, he would’ve become Nightwing again had his doctor not has other plans.

Maybe there’s still a chance for him to become who he once was.

Lastly, this issue was very important in Ric Grayson’s story. Yes, there are the obvious reasons, wrapping things together. But it goes a step further.

DC took a huge risk by changing Ric so much, and it’s not been well received. Now that we all know he’s been corrupted and twisted as part of a bigger plan, this story is far less frustrating.