At it’s core Nine Parchment is reminiscent of your typical 4 player action adventure ALA Gauntlet. The main difference being there will be no “Valkryie is hungry” instead Parchments is based around all magic users. This all starts when an explosion at the Astral Academy blows nine magical parchments all over the world. A group of students venture off to retrieve the magic for their own use. Nine Parchments can either be played solo, or with up to 4 friends (If you have that many). If you are the owner of Nine Parchments I recommend playing in solo mode to unlock more hats and staffs and to unlock more characters. The real meat of the game is best played with friends.  There’s something to be said about exploring these lush landscapes with some friends to ooh and ahh at the TV. 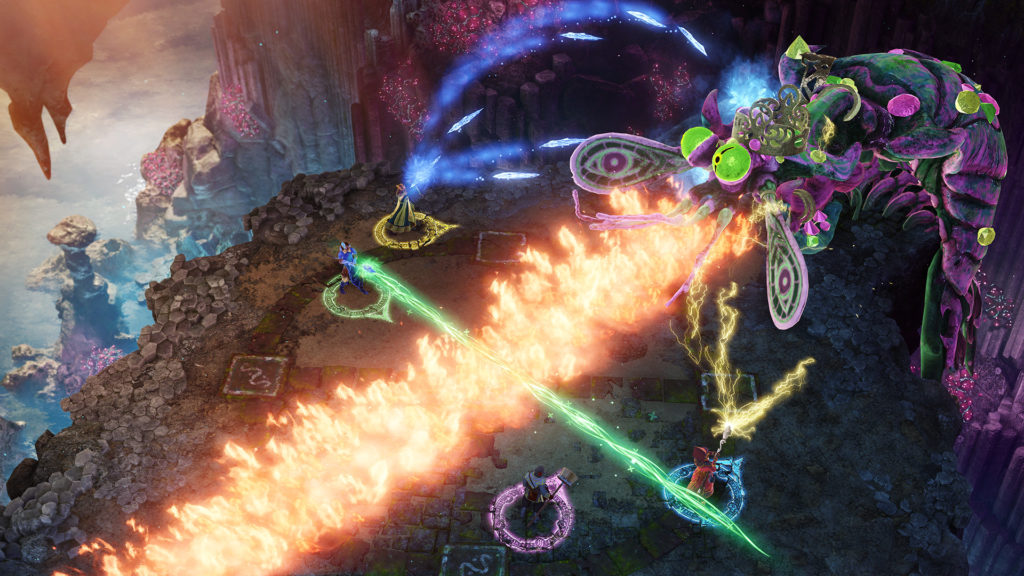 Nine Parchments use of multiplayer was not a second thought, it’s clear that this is how they intended it to be played. It’s a lot of fun having players aim their spells in such a way to create an even more devastating attack. It can be a lot of fun playing Nine Parchments with strangers too. You are able to join and host games at will. Of course due to the Switch’s lack of online features you can’t really converse or discuss strategies with strangers, but sometimes a well timed fireball up the nose is a good way to get someone’s attention. 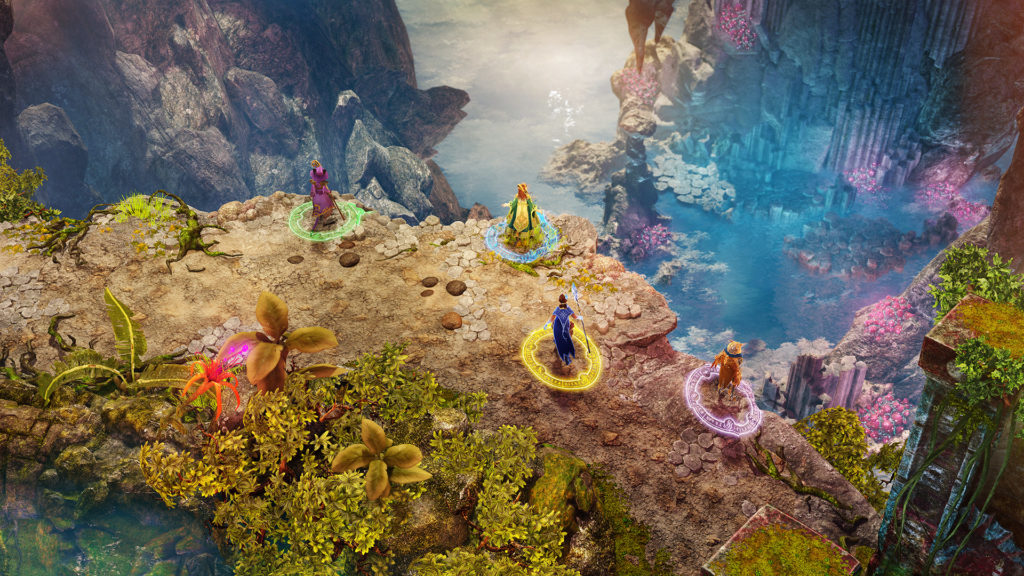 As you can see from the screenshots, Nine Parchments is quite beautiful. There is no lack of beautiful graphics anywhere to be found in this game. The sound and music all mesh well with the game, and feel fitting for the backdrop. Currently the game is being sold for $19.99 on the Eshop which I think is a fair price for the game and content to be found. I was able to play this with my Five year old and we both had a blast blowing stuff up together without TOO much excessive friendly fire. There’s a lot of replay value in this game as well, being able to accomplish various quests to unlock new playable characters, hats and staves make it worthwhile to explore every nook and cranny. Pick this one up, you won’t be disappointed.