Ryu Hayabusa’s adventures live on! As part of their Generation Series, renowned retro revivalists Brave Wave Productions have opened pre-orders for the definitive vinyl editions of the Ninja Gaiden soundtracks. 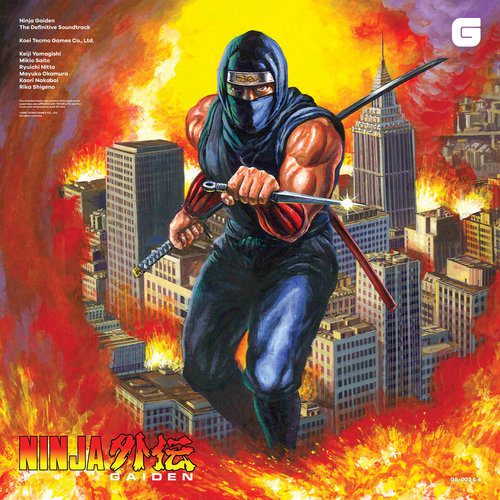 Split into four LPs, the first two special edition vinyl will contain remasters of all 59 Ninja Gaiden tracks (31 from the NES and 28 from the Arcade) as composed by Ryuichi Nitta and Keiji Yamagishi. The second set will feature the complete soundtracks of Ninja Gaiden II: The Dark Sword of Chaos and Ninja Gaiden III: The Ancient Sword of Doom. Deluxe box sets will also feature a Limited Edition A5 Post Card concept illustration from series illustrator Masato Kato signed by Keiji Yamagishi, Ryuichi Nitta and Kaori Nakabai.

Known for showcasing new music for distinguished game composers such as Keiji Yamagishi and Dugo, Brave Wave Productions is a music company dedicated to celebrating the music from the video game industry’s retro roots. The Japanese based label pulls out all of the stops for their meticulously remastered releases as they’ve shown with Street Fighter II and Shovel Knight collections.

What’s your favorite Ninja Gaiden game? What other releases would you like to see? Comment below and stay tuned to GWW for more video game news.