This week Nintendo announced two additions to the Switch’s eShop with Wonder Boy: The Dragon’s Trap and Fatal Fury to hit the online store.

A port of the heralded Sega Master System game, Wonder Boy: The Dragon’s Trap brings the classic platforming style into the now with new hand-drawn art and music.  It’s important to note that this originally started as a fan project, with artist Ben Fiquet and programmer Omar Cornut actually reverse engineering the original Master System code. Combining the old with the new only further exemplifies the masterful design of the original game and how the mechanics hold up after so long. In his review, GWW Games Editor Jeff Gordon said this title “…is easily one of the most charming platformers in recent years and totally worth a buy.” 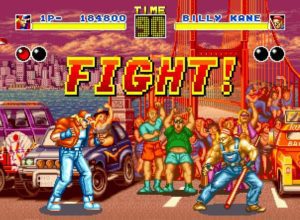 The other addition, Fatal Fury, brings the famed NeoGeo fighting series to the Switch. Released in 1991 by SNK, Fatal Fury might not have the same American fanbase as Street Fighter II, however, the longevity of the series has gone to show its importance in the fighting pantheon. This is a great chance to check out the game that would go on to inspire other great SNK fighters as King of Fighters, Samurai Showdown, and SNK vs. Capcom.

Check out Wonder Boy: The Dragon’s Trap and Fatal Fury on the Nintendo Switch eShop now. 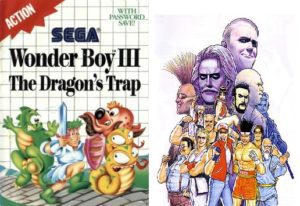 Are you a fan of the virtual console? What retro games do you hope to play on the Switch? Comment below and stay tuned to GWW for more video game news.