Get your biceps ready, Nintendo has released a new trailer for the upcoming Switch game ARMS. The latest video gives fans a glimpse of Twintelle, a character that has taken internet by storm. Don’t believe me? Check out some of amazing reactions. The extended look at Twintelle shows players the vast catalogue of move sets as well as fighting techniques. We also get to see the variety of arm sets that are available, a feature that will add depth to the character customization. For a closer look, check out the trailer below.

Along with the character introduction, Nintendo has also recently announced that ARMS will benefit from free updates and DLC that will come after launch. Fans and press alike will get a hands-on experience with the game this weekend at the Global Testpunch demo (at the event players will get approximately one hour with the title). 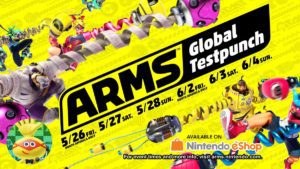 Our first look at ARMS came during the Nintendo Direct event last month and, as GWW previously reported, Nintendo’s plans to bolster the Switch line-up begins with this motion controlled fighting game. Anticipation has only grown as the release date arrives and it’s pretty clear that the famed publisher considers this to be the Wii Sports of their newest console. With the motion controls and portability taking the front seat for ARMS, look for Nintendo to leak more information as the formal release approaches. 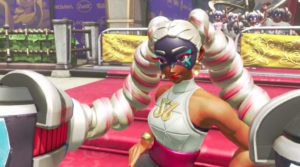 Are you looking forward to ARMS? Is the promised line-up enough to get you in line for a Switch? Comment below and stay tuned to GWW for more Nintendo news.