No More – The End of ‘Doctor Who: Legacy’ 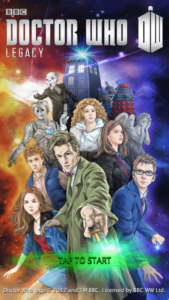 If you follow the Doctor Who gem game on Facebook, you would have seen quite a lengthy post by Tiny Rebel Games on February 3rd, that ‘Doctor Who: Legacy’, is over. There will be no more additions, changes, patches, stories, etc. for the future, however, the game will still be playable as is, but no longer downloadable after next week.

I remember when this game first came out. Matt Smith was still the Doctor, and whenever you’d open the app, the Doctor Who theme for his era would begin playing, welcoming you to an amazing take on the matching gem game. I spent many nights back in the beginning of 2014, staying up to nearly 2 am playing this game. Smart, right? Even smarter considering I was in my second half of Freshman year in College at the time. I’d be super stoked when I’d unlock a character, and immediately create a new team around it. 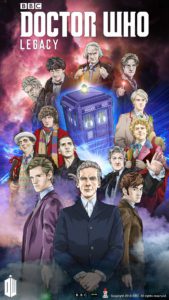 I’ll confess, it’s been some time since I played the game (but I remedied that by playing last night), and it’s sad to hear there will be no more characters to collect or stories to play through. I was hoping somewhere down the line I’d be able to finally purchase the locked chapters and be able to play them or even have chapters where it’s purely classic Doctor Who stories, where you would need to collect all the classic Doctors, as well as the multitude of classic companions.

Now I’m deathly afraid of the future where I may get a new phone and lose this game forever! To paraphrase the Tenth Doctor, “I don’t want it to go!” Sadly, everything has its time. Now, it’s time for ‘Doctor Who: Legacy’ to go.

Don’t fret! There’s still there awesome gem game ‘Doctor Who: Infinity’ to play through, which has incredible storylines, as well as voice acting from the likes of Michelle Gomez and Ingrid Oliver (Missy and Osgood, respectively). And hey, there may even be another Doctor Who related game from Tiny Rebel in the future.

And if you’re wondering if there’s one last hurrah, there is. On their Facebook post, there is one final Promo Code, which unlocks the Fan Area as well as a ton of time crystals.

Have you seen this:
13 Ways to Catch Up On Doctor Who

BBC Doctor Who doctor who legacy
Add your voice!Join the conversation on Discord...
Join Our Discord