On 4/10 a very curious thing happened in the gaming world. The Nostalrius server was shut down by Blizzard. Now that might not mean much to many of our regular readers but it’s an important moment for MMO fans and video game historians. So what exactly was Nostalrius? It was a fan-run private (some would use the term “pirate”) server that hosted the original iteration of World of Warcraft.

For those of you not keeping track, World of Warcraft released in 2004 and has been through 5 expansions with a 6th one due to release this year. As you can imagine, in the span of its over decade long existence, the game has changed significantly since it’s inception. This change is normal and to be expected for any game around as long as World of Warcraft. The game is expected to constantly update and redefine itself in order to stay interesting to it’s faithful audience who routinely pay $15 a month for the privilege. However, the rise of Nostalrius brings up a very interesting  point. What happens to former iterations of the game? They don’t really exist in any attainable form. Gamers are not strangers to Nostalgia. Many companies such as Nintendo, Sega, Atari, and Namco make it exceedingly easy to play their older games. How many times has Sonic the Hedgehog been ported? What about Space Invaders? Or Pacman? Yet, this does not hold true for MMOs. Can you go online and play Everquest or Ultima Online? Yes you can! Will it be the same game that existed 10 years ago when you were in high school or junior high school? I assure you it will not. 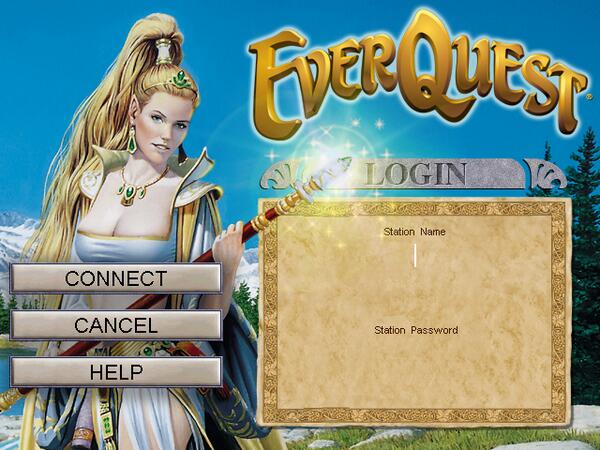 Who remembers this screen?

So what was Nostalrius trying to accomplish? It was trying to recapture the magic of the original iteration of World of Warcraft. Many older players of the game look upon “Vanilla WoW” as it’s commonly referred to with fondness. It was necessary to read the quest text to know where to go and what you were expected to do. Completing a dungeon was difficult and the gear from there was significant for progress. World PVP was common. That’s not to say that everything about the game was perfect but my point is that it did shatter sales records and was known for destroying lives for good reason.

There are any number of reasons why someone would want to go and experience the original iteration of WoW for themselves. Perhaps they played it a decade ago and wanted to take a trip down memory lane. Perhaps they grew up seeing a sibling play it and never got a chance to experience it. Or maybe they started playing WoW for the first time with the 2nd expansion and are curious about what all the fuss was originally about. The reason isn’t important. What’s clear though is that there IS a demand. Nostalrius released it’s stats upon closing which showed 800,000 accounts created of which 150,000 were active. Not bad for a game over a decade old!

This guy didn’t play on the Nostalrius server…probably

Now let’s be clear, what Nostalrius was doing was illegal in the sense that it violates the EULA rules that Blizzard sets out. Having said that, the site was run by an all volunteer staff, never charged a cent for access, and used any donations towards the cost of running the server. So what’s the threat to Blizzard? One could argue that they were losing out on revenue but I find this doubtful. In fact, Blizzard themselves have said, “…isn’t an issue because of ‘lost’ subscription fees from players choosing these illegitimate servers over the real WoW servers—it simply boils down to the fact that private servers are illegal, and that’s that.” This seems like very backwards and shortsighted on Blizzard’s part.

Were people playing the game because it was free? If so there are scores of newer f2p (free to play) MMOs out there for them to sample. Even current WoW lets you experience the game for free through level 20.  By taking this server away, will all 150k subscribers switch to playing the modern iteration of WoW? Again, very doubtful. It’s far more likely the 150k users were playing the game because they wanted to specifically experience Vanilla WoW as it existed over a decade ago. They went with Nostalrius because it was the most obvious option. More importantly, the server became a real community to it’s players. A community which Blizzard has now broken up. 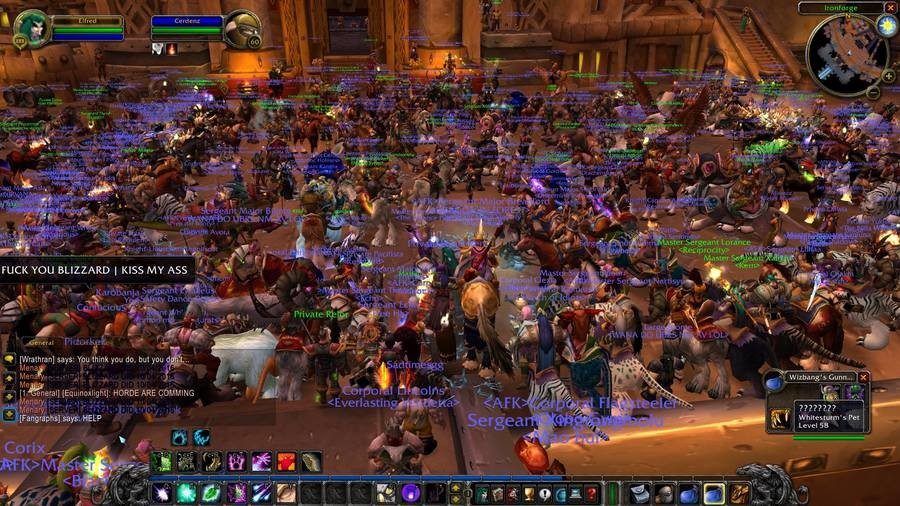 Final moments of the server

I can’t be angry at Blizzard, they are just protecting their IP aggressively. Something which is quite common and acceptable practice when it comes to copyright. However, I hope the case of Nostalrius indicates to them that demand exists for preservation. Players want to go and experience what an MMO was like back in it’s heyday. Where is the harm in letting them experience it when virtually every other medium has no qualms about profiting off our rabid nostalgia? I know for sure that Blizzard would have at least 150k customers…