OBITUARY returns with their self-titled, 10th studio album, further cementing their legacy as one of the most important metal bands of all time! Picking up where Inked In Blood left off, OBITUARY shows no signs of slowing down as they continue to reign as Kings of death metal. Recorded at their home studio in Tampa, FL, Obituary is a 10 track tour-de-force of bone-pulverising death metal that is as heavy, uncompromising and infectious as anything they’ve released in their historic, nearly 30-year career! 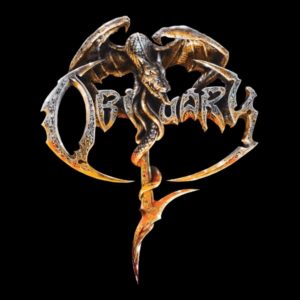 Friday March 17th marked the official release of  OBITUARY’s self-titled new album via Relapse Records. The album can be streamed in its entirety via Obituary’s official Bandcamp Page and all streaming services. In celebration of the release, the band has also shared an animated music video for “Ten Thousand Ways To Die” directed by Balázs Gróf who previously animated their video for “Violence”.