Oceanhorn: Monster of Uncharted Seas is a gorgeous single player port from mobile that resembles one of the most iconic franchises of all time. Zelda! This indie, developed by Cornfox & Bros., has a Windwaker vibe to which you start off on a beautiful little island with nothing save a tree branch.

The game starts off with the hero’s father leaving a note saying that he is on a mission to slay the beast known as Oceanhorn who is destroying the world. After a short and sweet cutscene the journey begins to find our hero’s father and best the beast.

The main objective of the game is to navigate through a series of islands by solving puzzles around the islands and caves while fighting off strange creatures that have inhabited the world. The protagonist can’t jump and the controls are equivalent to the classic Zelda games. You can use the face buttons for magic, combat, dash etc. The controls are very simple and easy to grasp and works perfect for the Switch. The is even a charge attack exactly like Links and you can ax down bushes and toss around vases. A clear ode to Zelda but the game does give the player it’s own spin. 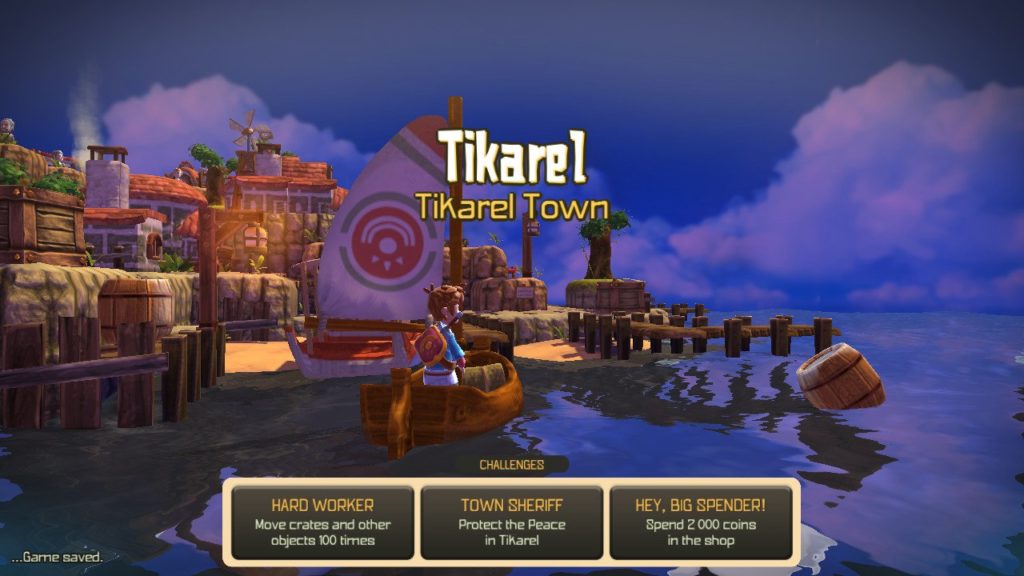 The change of settings from island to island is nice and requires you to think and look around in search of how to progress. You can explore each island freely, but primarily you look for bridges, ladders and pathways to advance to the next section.

When traveling to another island you sail on a boat which you do not get to control, until you obtain a gun to shoot things. The boat, however, controls itself and you just get too look around with the joy-cons as it takes you to your destination.

Have you seen this:
Hellpoint: A Fast-Paced Souls-Like 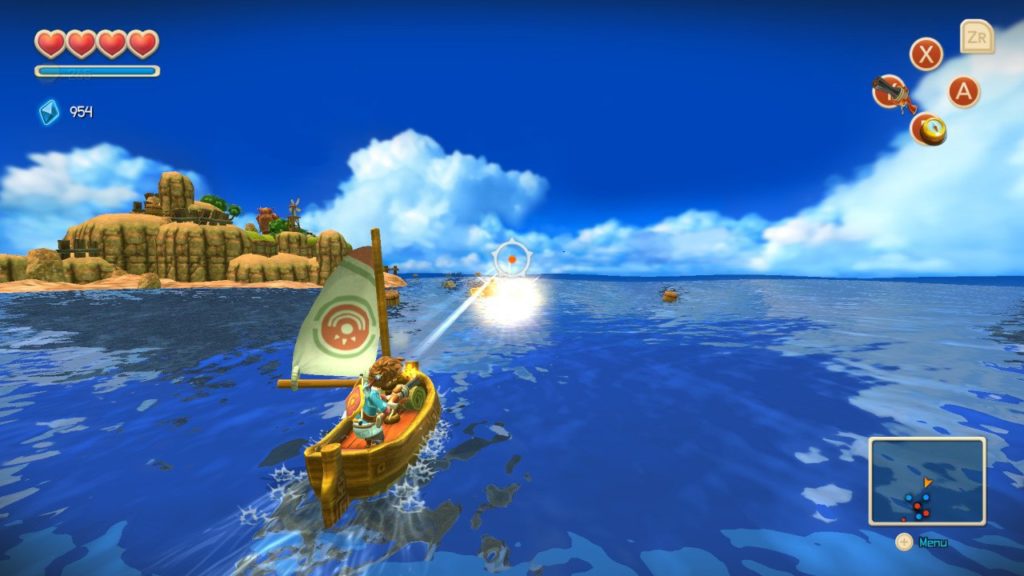 The game itself isn’t difficult at all and requires a little bit of thinking to progress and find little bonuses, but the gameplay is rather enjoyable – if nothing special. You will find yourself mainly exploring dungeons, fighting enemies, pushing boxes, and activating switches on your mission to find the three emblems that will help you on your journey. I found the combat to be a little to be lackluster as the enemy AI didn’t really pose a threat. Enemies will chase you relentlessly at the sight of you, but end up giving you very little resistance when you turn to face them. They do give you a little bit of a problem if you find yourself ignoring them and they swarm on you. Most encounters consist of mashing the “Y” button but the concept is still pretty neat as, again, it resembles the Goat of this genre. The Bosses and mini-bosses are a little more challenging but still very simple to defeat and easy to find their pattern.

As you advance through the game, you will unlock new abilities and skills to help you on your quest. These will range from being able to cast elemental spells, to unlocking a limited jump ability to hop short distances, to blowing up obstacles with bombs. BOMBS! Guess what you also get eventually? Yup, a bow and arrow to which you can use to mow down enemies and hit path opening targets. 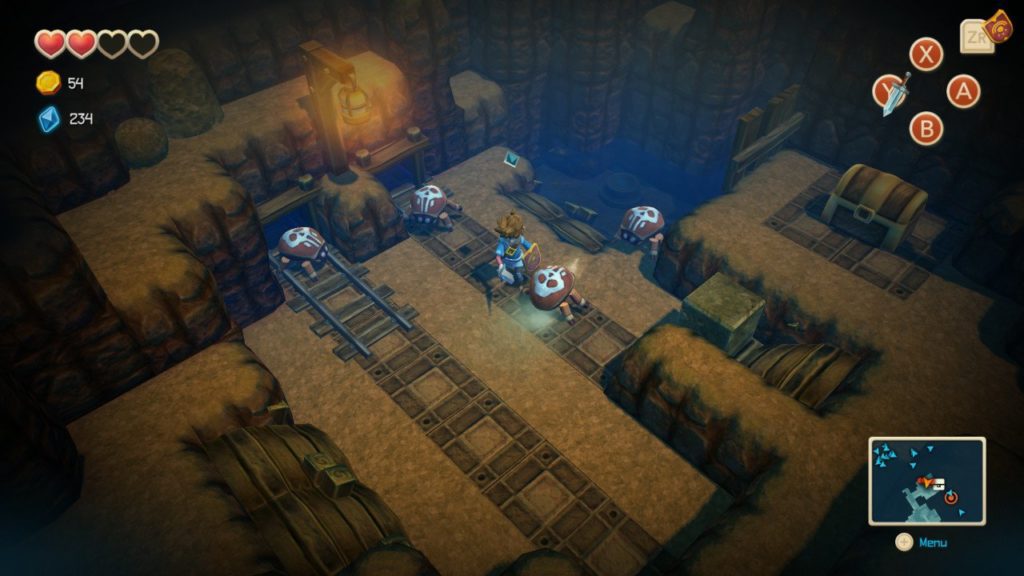 In addition to the main quests, there are little side quests that resemble achievement hunting that make the game more enjoyable and worth completing. It even pops up a notification to let you know when you’ve completed one. Which leads to a bigger question…Where you at Nintendo? Completing these challenges and defeating enemies will boost your experience that level up your character. Leveling up helps you progress through the game easier by upgrading your inventory and reducing the amount of magica used.

On the Nintendo Switch, you can expect it to run at a flawless 1080p/60fps in docked mode and 720p/60fps in handheld mode – and my experience was very smooth, super clean motions. The game was rich in art style and had an immediate impact from island to island. Gorgeous colors filled each setting and was very pleasing to the eye. Another stand-out quality of this game is the soundtrack that will accompany you on your travels with each section having it’s own soothing and magical sound. 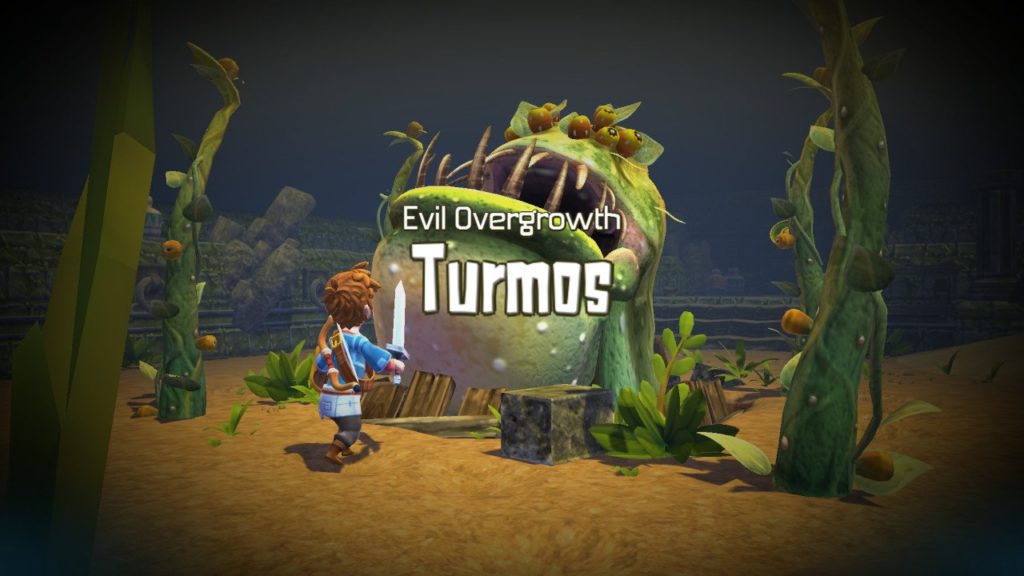 Oceanhorn: Monster of Uncharted Seas is a beautiful one player adventure game that I highly recommend for its price at $14.99 (US). If you love the classic Zelda series games than you will most certainly have a great time with this one. The stunning aesthetics and amazing soundtrack make this game very enjoyable and will keep you coming back to finish it. Expect anywhere from 8-10 hours to complete excluding 100% completion. The simple fact that Oceanhorn is on the Switch and you are able to play anywhere while maintaining top notch graphics make it so worth it.

Check our the trailer and stay tuned for more here at The GWW.