The First Paddington movie was a welcomed surprised that turned a raincoat, red hat wearing bear into an adorable household name once again. When they announced the sequel I was admittedly skeptical as I didn’t think it was possible to create something as charming, warm and funny as the first without losing a little of what made the original special. Well, I was wrong, very wrong. Paddington 2 will go down in history as a sequel that surpasses the original in almost every way. While every other known blockbuster followup ever produced promises to be bigger and better than the first, Paddington 2 is one of few films that actually delivers on this promise.

Paddington 2 offers a robust, thoughtful and highly entertaining film using a very simple premise as everything centers around Padding wanting to get a present for his Aunt Lucy. From this simple plot, we are taken on an unexpected journey as we go from playful comedy to an exciting caper. It turns out the present Paddington wants to get his Aunt, a pop-up book featuring London’s landmarks is much more than it appears. The books unique qualities also attract the attention of local, has been actor, Phoneix Buchana (Hugh Grant) as he sees it as the opportunity to jump-start his flat-lining career and mount a return to glory. From here the story really takes off as Paddington witnesses someone trying to steal the book and in his pursuit of the perpetrator, he is mistaken as the actual thief. Our playful caper now morphs into an adorable prison movie as Paddington is locked up for his “crimes.” Paddington along with the Browns must figure out a way to clear his name, get him out of prison and get back that book, before Aunt Lucy’s birthday. It’s a seemingly innocent plot that twists and turns as the story unfolds, incorporating multiple genres along the way each as fitting and fun as the last. 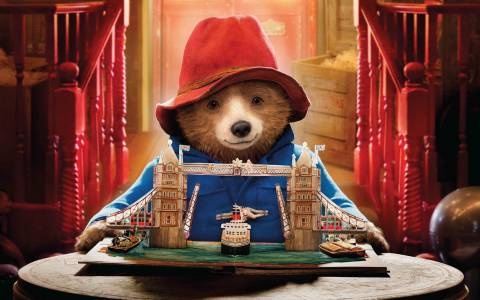 Paddington 2 does a tremendous job of servicing not only the story but all its characters as well. Every major player seems to have an arc in this movie, from each one of the Browns to his prison counterparts, almost all of the Paddington cast is given their moment to shine. You’ll be hard-pressed to find a character in this large ensemble that doesn’t have a purpose in propelling the story. My favorite part of the film is an impressive third act that not only juggles the film biggest set piece and most of its tension but almost all of our characters get a great pay off that has been building since the first act. Its really a third act a lot of big-budget action films can learn from as it sacrificing nothing for the story, every character has something to do, and everyone learns a valuable lesson about themselves by the time the smoke clears. As far as filmmaking goes, Paddington 2 is just spot on. 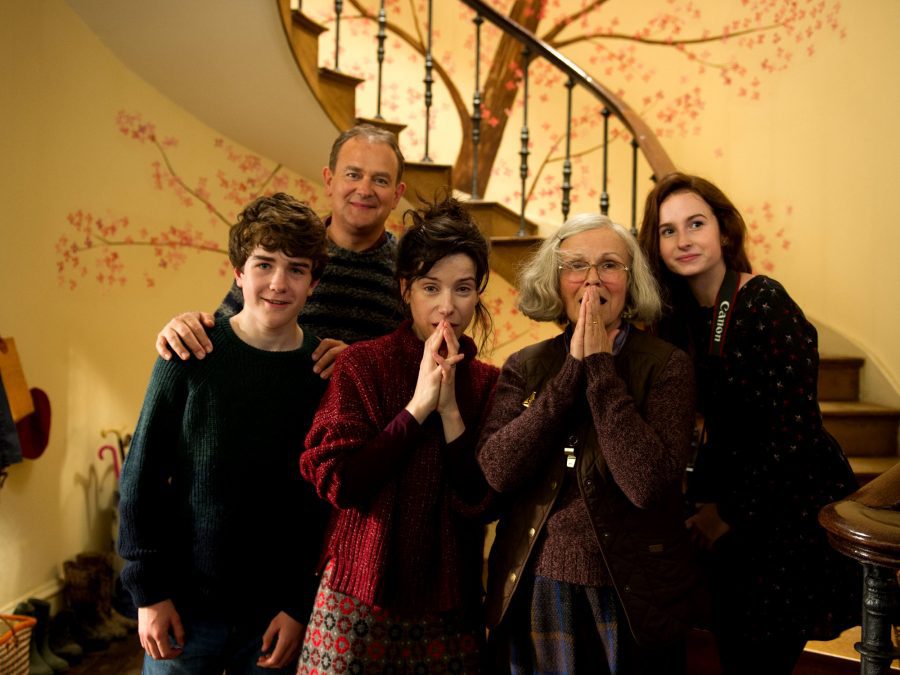 The only faults I could find in the film were a few parts of wonky CGI, particularly the barbershop scene, as Paddington looked a little off and almost incomplete in most of this sequence. Other than that, once you get past Paddington’s creepy eye’s which seem to be soulless at times, its hard not to love everything about this movie. The English charm is off the charts but it knows when to pull it back as to not become overbearing, the comedy ranges from slapstick to great one-liners and drawn out bits, most of them hit their mark. Watching each character grow including Paddington is not only as satisfying as in is relatable as we have all faced the challenges of life The Brown’s and Paddington confront in the film. Paddington 2 is the perfect family film, my 6-year-old loved every moment and I guarantee you and your cubs will too. Paddington 2’s positive message, warmth, and undeniably entertaining story is the perfect way to start a new year.