Much like Brangelina split the world asunder, so goes OlympiFury. With Olympian and Green Fury breaking up publicly, the hero is besieged with questions from the press about her apparent relationship problems, prompting Emily to step in and actually save the hero’s life. The action prompts the press to speculate that the two are now dating, something that upsets Teddy. The A story finds Emily gearing up for her first board meeting and meeting with Van to work on strategy. Van’s is very simple: she sits quietly and laughs at his jokes. Disgusted at the prospect of not being able to shine, she goes to Jackie to get some advice. Jackie tells her that Van is right. Jackie has her own issues to deal with as her suspended daughter is getting too close to Wendy, who is not a good role model for anyone. 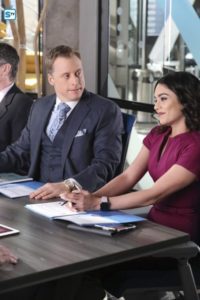 Emily finds it impossible to keep silent in the meeting and promises to get a superhero spokesperson to endorse the Wayne Security poncho, cue Green Fury. After discussing the hero’s current relationship to the press, the two women decide that there may be something mutually beneficial in her endorsement. Teddy is angry that he missed her again and decides to crash Ron’s focus group in order to get the groups reaction to his new look. It’s a funny scene that reminds me why Ron Funches and Danny Pudi are hilarious.

Meanwhile, Jackie is having a hard time keeping her impressionable daughter away from the incorrigible Wendy who apparently has become privy to the reason behind the child’s suspension. 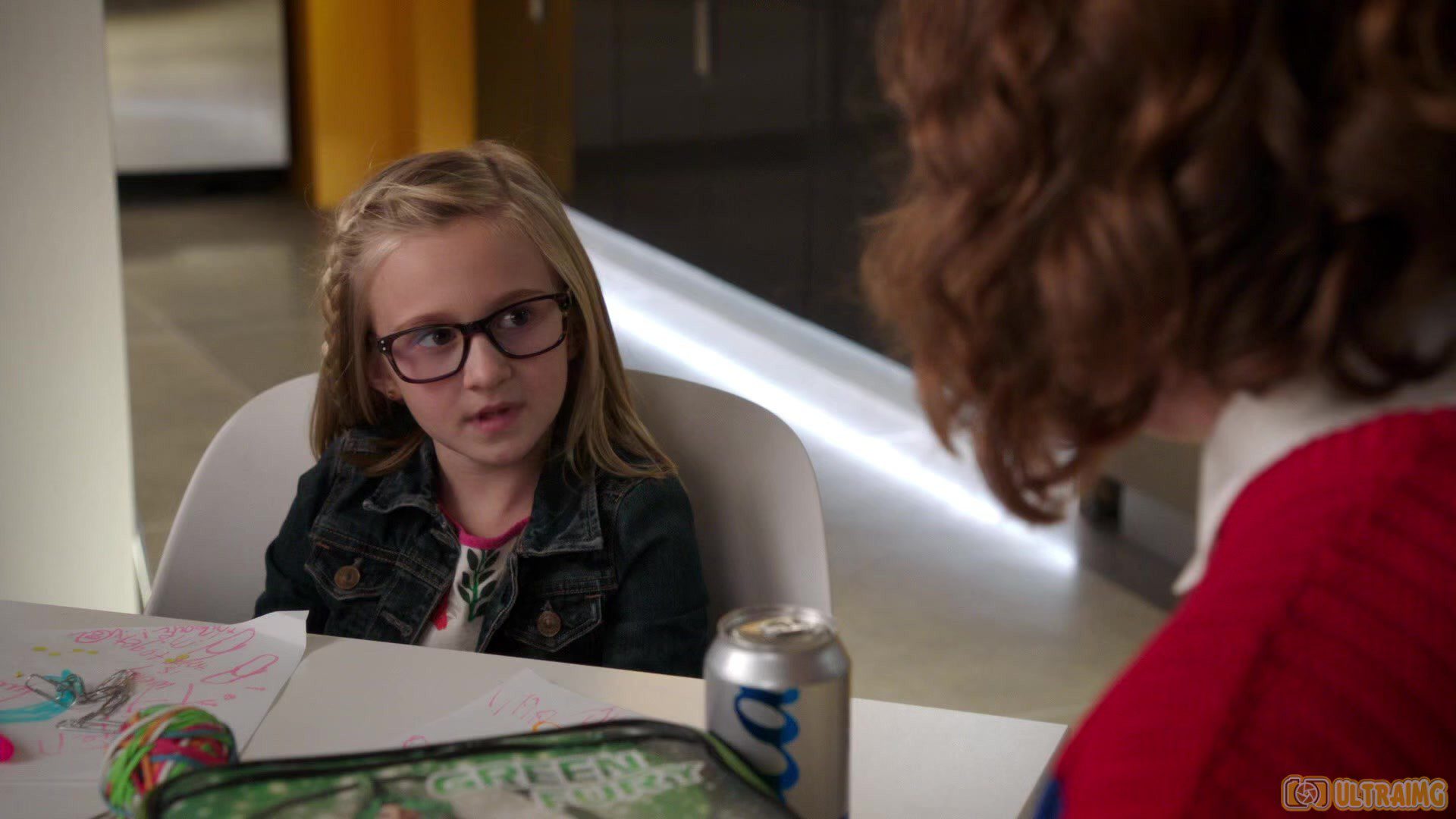 At the commercial shoot for the Wayne Security Poncho, Emily discovers that the Wayne executives have changed the commercial concept to one that has a lot more skin from Green Fury and a lot less Poncho. A move that has Emily scrambling to find the hero and Van trying to convince her that compromising her principles is the only way to get ahead. Teddy has decided to go Metrosexual and Jackie has decided that Wendy will be in charge of Jackie’s child from now on. Teddy comes on too strong to Green Fury as Emily has decided to try and convince Green Fury to go with the new commercial idea. After having a heart to heart with the superhero, they decide to go in a different direction with the commercial, which is very funny and made me laugh out loud. The final focus group scene with Ron and Teddy was funny as well because the banter between them was quick and witty. 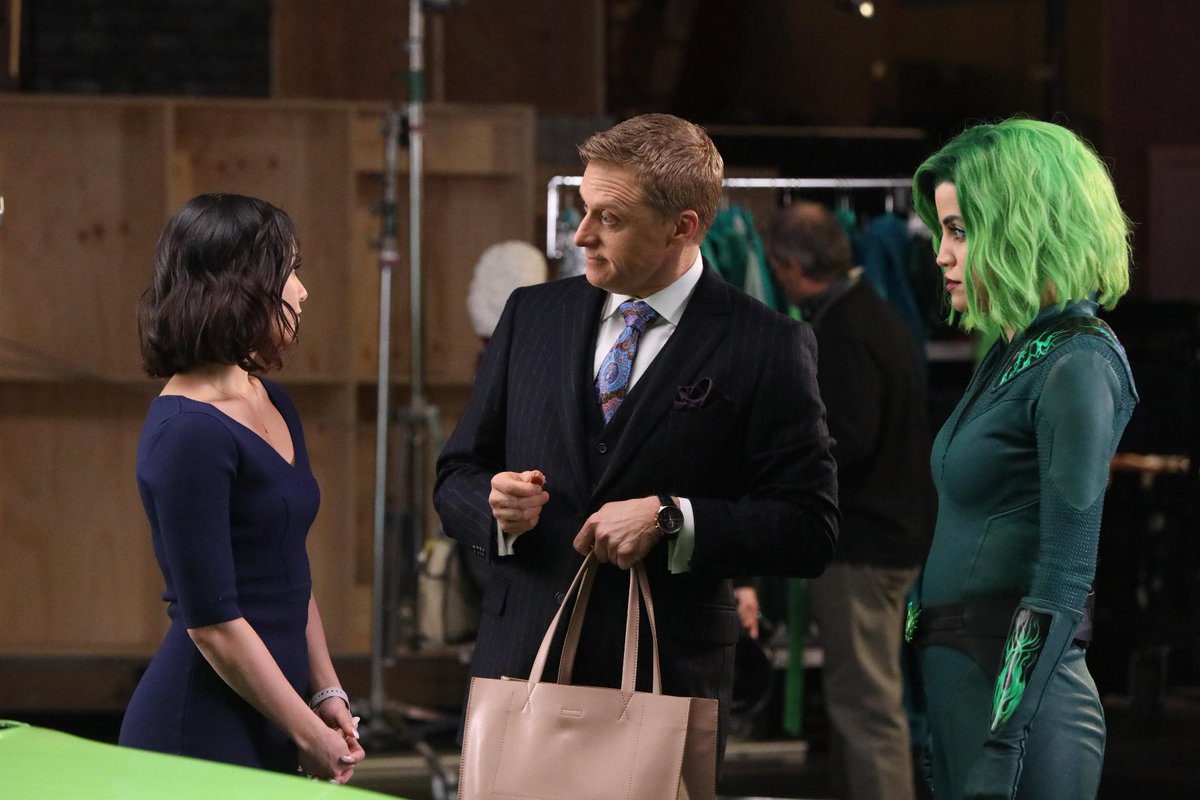 The Jackie/Wendy story gets wrapped up nicely with my takeaway being the new phrase Bathroom Ramen. I learned way too much about the sex life of the Olympian and his obsession with Darkseid and Van tries to Mansplain feminism. This episode was really funny. I genuinely laughed out loud and there were moments that reminded me of some of the better moments from episodes of Scrubs or Community. Everyone had really funny moments, especially Natalie Morales’ Green Fury and I hope to see more of them.