Today we are going to talk about Putty Pals a co-op game by Harmonium Games.

Putty Pals is a game about two blobs who are lost far from home.  Together with a friend you can work on gliding, bouncing, squishing and swinging your way to the end of each level, along the way you will face puzzles, and various other dangerous obstacles.

Putty Pals features 28 full levels with varying themese such as beaches, lush forests, and volcanic backdrops with 25 bonus mini levels along with various secret items you can find along the way.  the way. 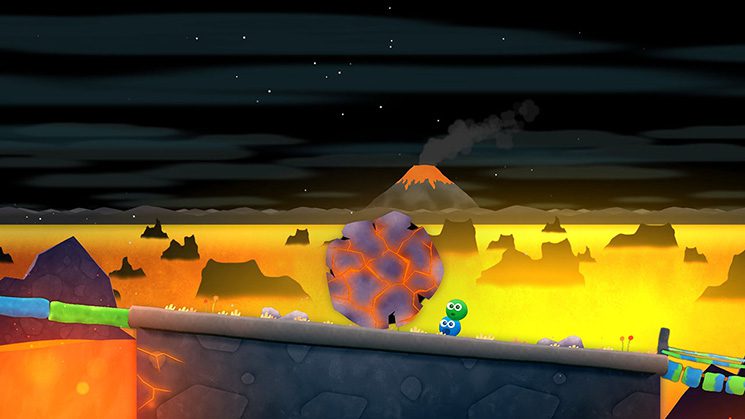 This is a game meant for two players sitting along side the couch and working together. I enlisted the aid of my five year old son to play this with me, we both had fun playing it despite some frustration with some of the game mechanics. He commented that the graphics looked like it was “from one of his books” and that he liked this style. The animation was fluid, and the music and voices were adaquate as well. My biggest complaint would be that a story was mainly nonexistant. Some of the obstacles required perfect timing which depending on how good of a partner you are playing with could result in some frustration. I can’t imagine anyone losing friendships over this game, but then I think back to 2004 when 2 of my closest friends wouldn’t speak to eahc other for 3 months after a game of Risk.  Luckily Putty Pals is generous when it comes to the checkpoints in a level so you never have to go far when you hit a rough patch. 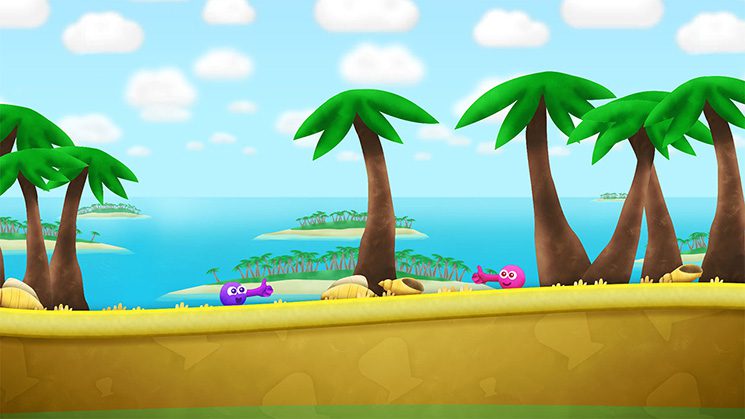 Overall Putty Pals is a decent game, it sells for $9.99 which I definitely think is worth a purchase, especially if you have someone to play it with, just don’t expect any sort of great story and you shouldn’t be disappointed.