The video games of the 1990s had many that would be considered 3D platformers. These were games where the characters interacted with the full environment of the game. The complexity of these games and the sheer amounts of secrets contained made these games challenging and entertaining. Names like Mario 64, Banjo & Kazooie, Crash Bandicoot and others link back to this time and this type of game. Two decades later this type of game is still popular among classic gamers and new players alike.

A game that just recently entered Early Access on Steam hearkens back to these early platformers in a big way. This title is solely designed and created by indie developer Diego Ras. With a degree in design and previous work on short games for events and advertising, he wanted to create something more substantial. This new title is what has become of his desire and it’s called Raccoo Venture.

As the description of the game goes, “Raccoo is not just a simple raccoon, he is the last heir of the Guardian Power, who has protected the Holy Relic for many years, maintaining Harmony in Verta. But the evil Tattooed Tatus has stolen it and now Verta is in great danger.” You take on the role of Raccoo to recover the Holy Relic and return balance to the world. Along the way he encounters other characters as well as plenty of dangers, both from the Tatus and from the environment. You will have to puzzle your way through the world, findind the tiles, pieces and other items hidden within.

Outside of the straight adventure, there is also the collection part of the game. Throughout the game there are different outfits for you to find for Raccoo, gambling you can do between levels and hidden puzzles to solve. To progress further on into the game you’ll need to complete these hidden puzzles to get the tiles and pieces needed to advance. The game will be a challenge so be prepared!

Overall, Raccoo Venture was a pretty good play. I enjoyed the graphics, how they pull you into the environments and Diego does a great job with making some of the treasures hidden in plain sight. The music and game sounds are good though they didn’t pull me in as much as I thought. The gameplay is also really good though there are some controls that felt like they could use a little variety. In my opinion, this game is definitely great to get for the adventure and nostalgia. I’ll be keeping an eye on it until its final release because I think the game is definitely a winner! 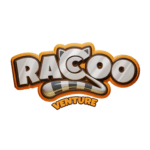 What Happens Next: Mad Cave Tarot

Parlipod #141 The rise of Fake Takoda!

A lifelong nerd, Chris has a deep respect and love for the visual arts of movies and television. Able to name a Star Trek Next Generation episode from just the first 30 seconds! Passions for gaming in its various forms, technology, and knowledge drive this man's will to live!! Twitter @OGNerdChris