Razer continues to churn out high-quality console accessories, despite their notoriety in the PC gaming space. This time, instead of mirroring the traditional controller style, Razer opted to create a fight stick! They’re billing the Panthera Evo as a fit for the eSports space. That doesn’t mean it can’t be had by us fine folk in the hobbyist space. In fact, it’s available right now for purchase directly from Razer. 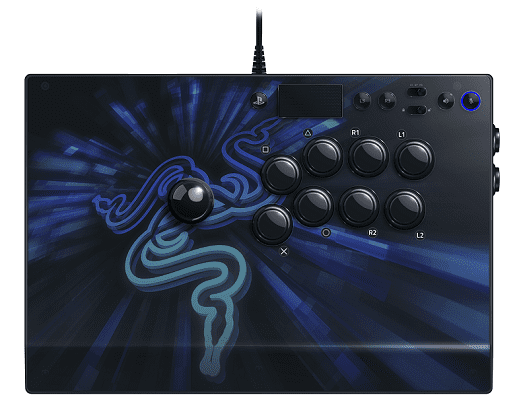 A portion of the original press release follows

Razer and the Fighting Game Community join forces to evolve the best-selling Panthera arcade stick with improved focus on precision, durability and individuality

SAN FRANCISCO – Razer™, the leading global lifestyle brand for gamers, today released the Razer Panthera Evo that was unveiled during Evo 2018. This marks the newest addition to the Razer family of high quality arcade-style controllers in support of the Fighting Game Community (FGC).

“Fans have been excited for the Razer Panthera Evo since its debut in prototype form at Evo earlier this year and now the wait is finally over,” said Min-Liang Tan, Razer co-founder and CEO. “This next-generation arcade stick focuses on precision, consistency and best-in-class performance that resonates with professional fighting game athletes and enthusiasts alike.”

The Razer Panthera Evo is an evolution of the best-selling Razer Panthera arcade stick. The improved stick was rigorously tested and tuned for competitive use by some of the world’s best esports athletes and community minds, including Team Razer’s Xian Ho Kun and Kenny Omega.

Razer worked closely with seasoned tournament competitors, champions and leaders within the FGC. Testing and feedback sessions helped refine the Razer Panthera to the competitive preferences of those world-class gaming warriors. FGC leader Mark ‘MarkMan’ Julio commented that “empowering the community to a better standard for reliability and peace of mind is important for evolving as players,” adding that refinements to the Panthera Evo “provide precision and best-in-class performance, while still allowing players to add their own style to this (new) battle-tuned weapon.”

Have you seen this:
Humbl beginnings…Bringing the USA up to speed.

Interested parties may go to  www.razer.com/razer-panthera-evo for more information on to the Razer Panthera Evo.