Are You Ready for DC Comics METAL!!!

Like many fans of the DC Comics universe of heroes, the current DC Rebirth line of books has captivated me with amazing stories, stunning visuals and a return to what made the characters great to begin with. Well now we get to be immersed in one of the companies broadest and most ambitious arcs to date: DC Comics METAL!!!

Right now, some of the best and brightest in the world of DC Comics including Sam Humphries (Green Lanterns), James Tynion IV (Detective Comics), and Scott Snyder (All-Star Batman) are meeting in California to discuss and shape an epic story that begins with two preludes. Dark Days: The Forge begins this June followed by Dark Days: The Casting in July.

Dark Days: The Forge begins with Aquaman, The Flash, and other heroes in the DC universe suspecting that Batman is hiding a secret from them that could threaten the Multiverse itself. Whatever this secret that Batman has discovered is, it looks like it directly connects to the origin of one of DC’s most legendary heroes.

Scott Snyder takes the reins on METAL and its preludes by helping to craft a story that will expand the DC universe and take the trinity of Batman, Superman and Wonder Woman on an epic mystery adventure in space that will take the rest of the Justice League as well to help solve. A mystery that will take the heroes to a corner of the Multiverse they never knew existed and a looming threat from a place dubbed The Dark Multiverse! 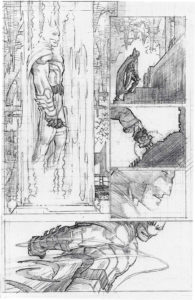 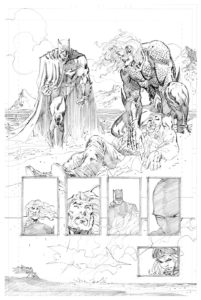 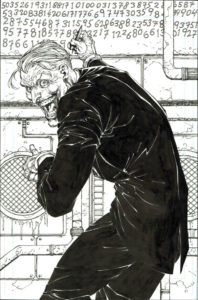 Let me know what you think of METAL in the comments below.