RECAST: Guardians Of The Galaxy 1984

Guardians Of The Galaxy has really been the breakout film for Marvel.

Sure, the Avengers movies have made a bucket load more cash, but it has been GOTG which has really captured the public’s imagination. But what if it had been made sooner? Say, 1984 perhaps? Who would have been cast to make such an epic undertaking and would it have been better or worse? Let’s face it, the Guardians have a real eighties vibe about them anyway, sharing a similar sense of humor and a bitchin’ eighties soundtrack. So let’s see who could fill the space boots of our erstwhile heroes and how good a job they would do… 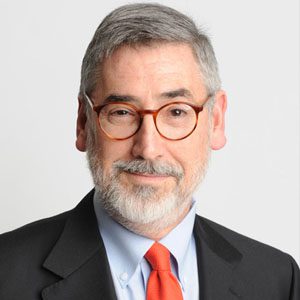 Fresh off the disastrous and traumatic filming experience that was, Twilight Zone: The Movie, Landis would have surely been looking for something a whole lot more fun to work on. I can’t think of anyone else whose style of filmmaking and irreverent humor would better suit the Guardians, outside of James Gunn. The offbeat humor and pop culture glory of the GOTG universe would fit Landis like a glove and would have made the ’84 Guardians stand out form the pack of other space-faring films competing for attention. 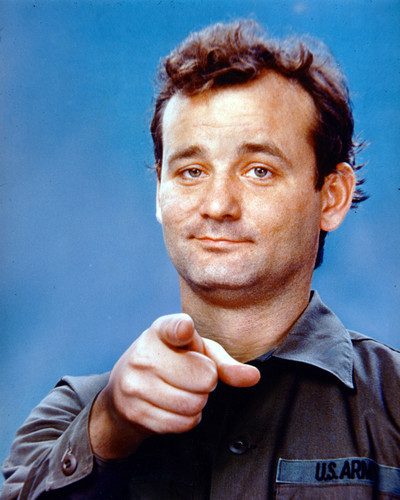 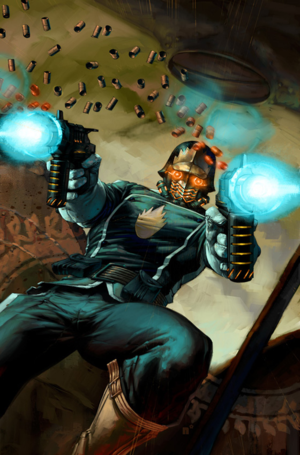 Look, if I had my way I would re-cast every single movie ever made with Bill Murray standing in for every single part. I love The Murray and I know I’m not alone in that. But whatever your view of the Billster might be, it is pretty hard to deny the fancy that a role like Star-Lord was made for him. Who else does irreverent, self-deprecating humor as well as Mr. Murray? Okay, so there would be very little chance that Bill would turn himself into the beefcake that Chris Pratt did for the role, but to be completely honest, was it really necessary? We would have been just as invested in the character with Bill turning up the charm and the laughs. 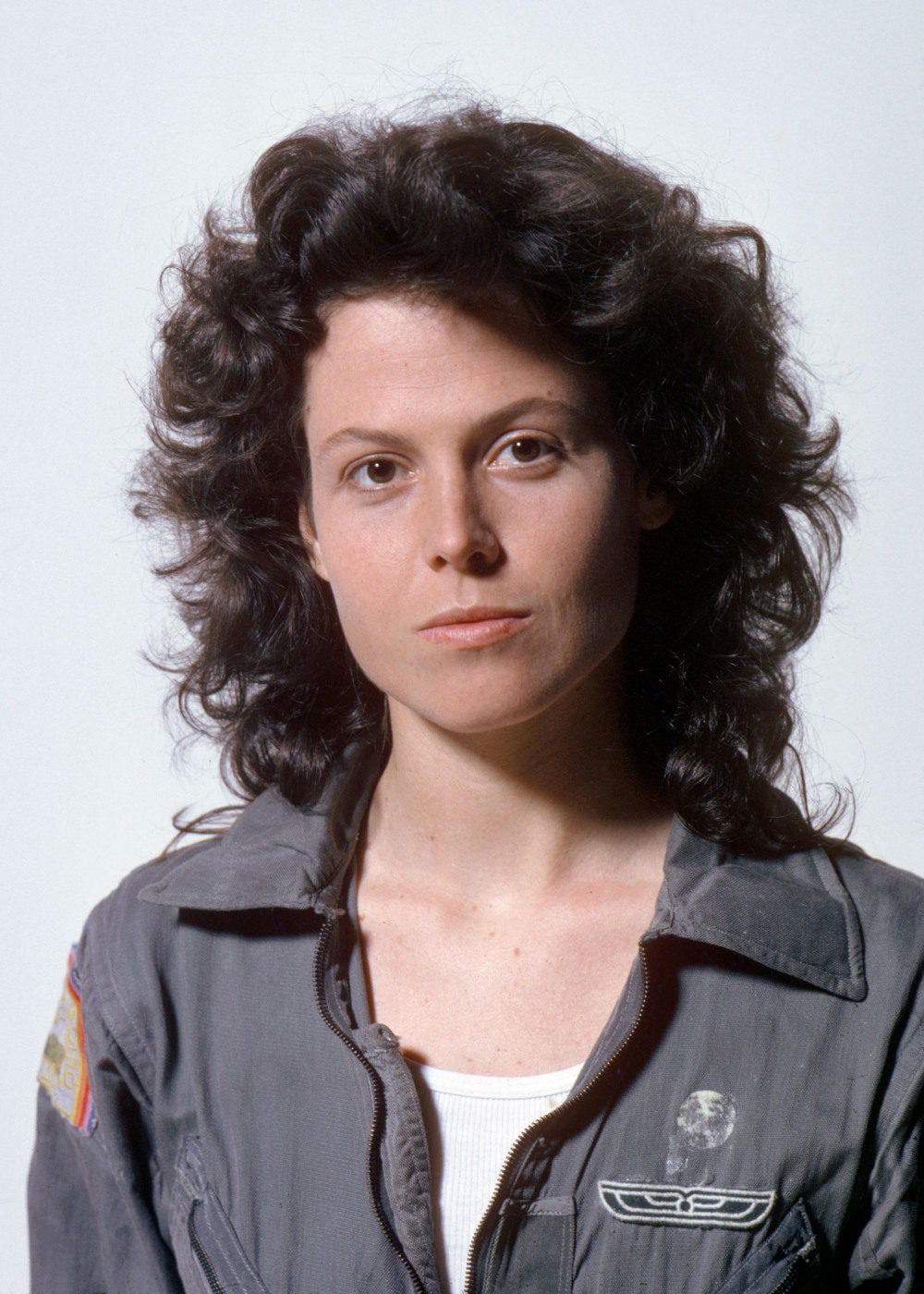 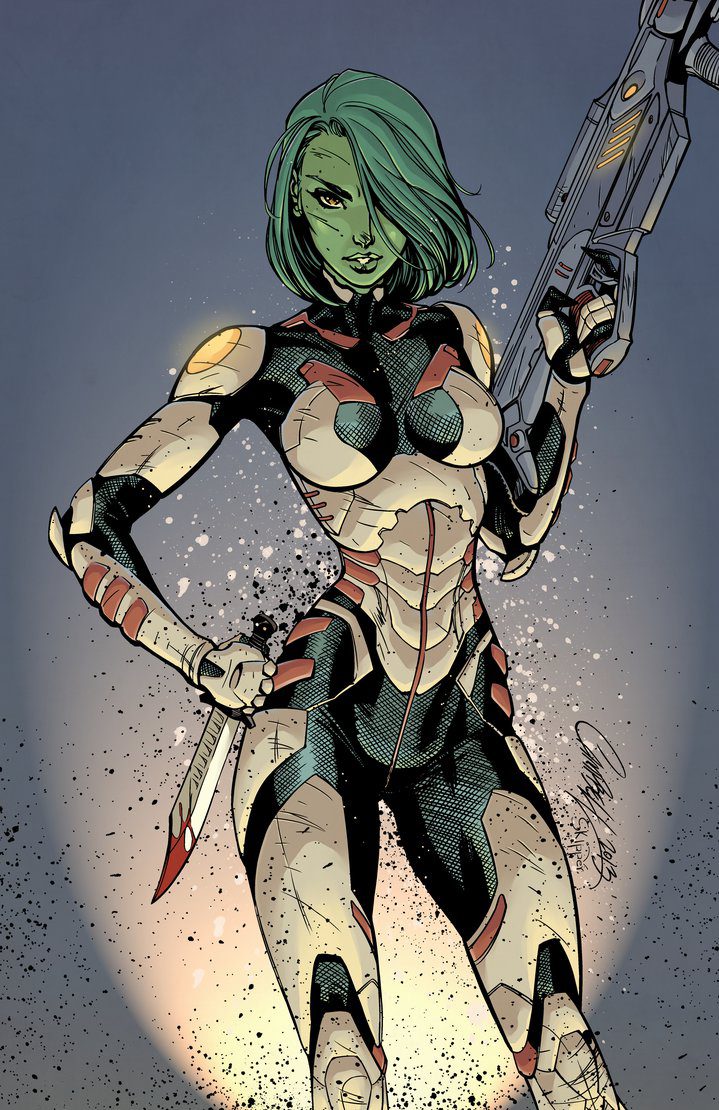 It would be pretty damned easy to simply re-cast the entirety of GOTG with the cast of Ghostbusters, but I’ll refrain. Yet one cast member I can’t pass up on is Sigourney Weaver, partly because she shared such amazing chemistry with Bill Murray in the aforementioned ‘Busters’, but also because she kicks so much arse. You doubt, naysayers? Then check her out in the first Alien to see how a simple lick of green paint could turn her into the ‘deadliest woman in the galaxy.’ And if you’re still not convinced, firstly, you need to get out more and secondly, you should check her out in Alien: Resurrection. Okay, so the film is a big pile of trousers, but she shows herself to be a killer of epic proportions, sharing more than a few similarities with Gamora herself. Weaver also brings some serious acting chops to the part, which would surely help cut through the makeup and craptastic 80’s special effects.

Have you seen this:
Online Casino Guide -Top 5 Tips to help you Get Started 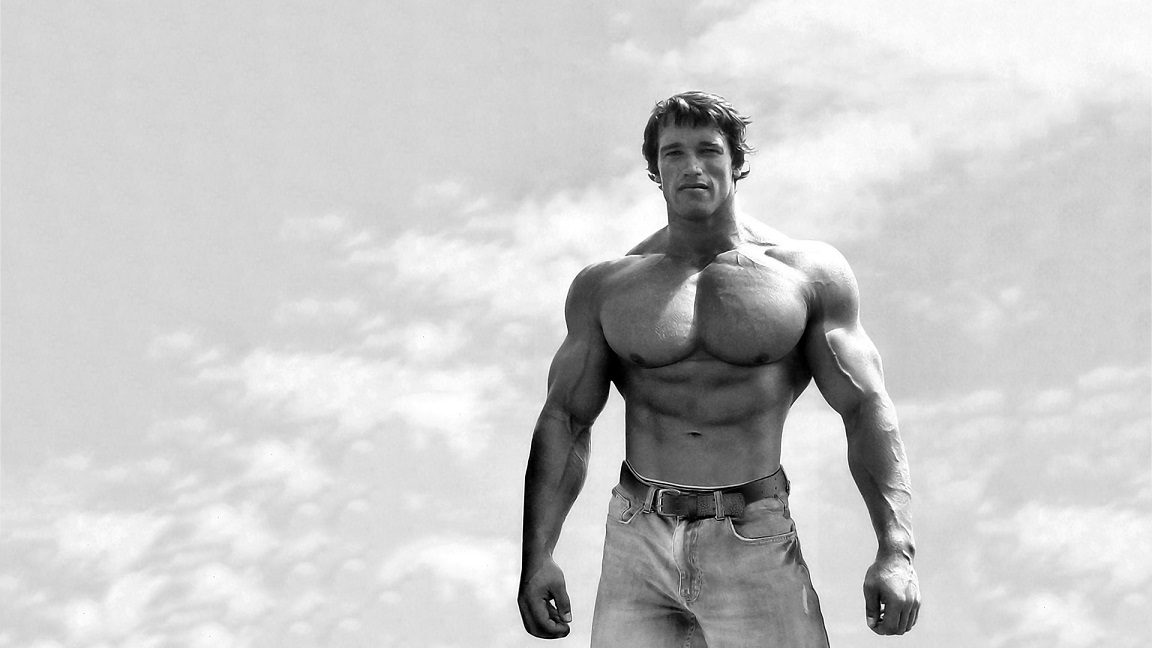 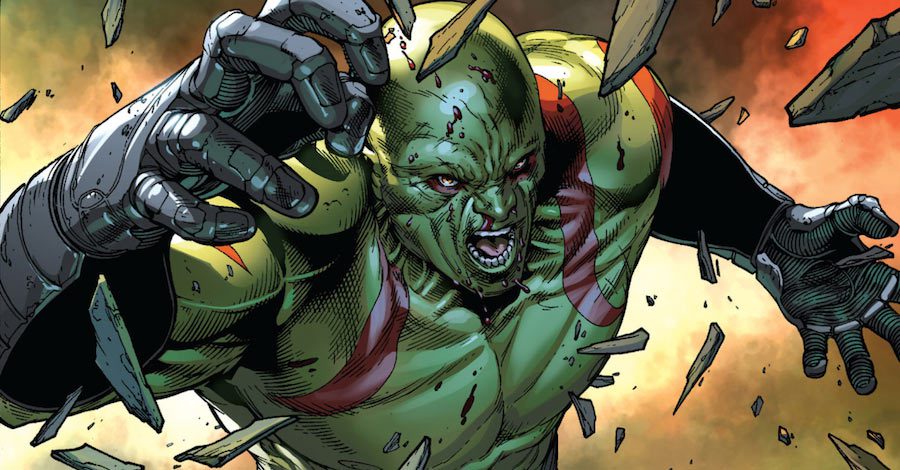 There is an abundance of god-like, muscle-bound actors to choose from these days, but in the eighties, there was really only one person you could turn too; Weird Al Yankovic. Just kidding. The big Arnie was tailor made for a part like this and, given Drax penchant for dry and humorous one-liners, a perfect fit for ol’ Arnie’s style. Arnie laid the groundwork for Dave Bautista, showing that someone with a body that resembles a sock full of coconuts could move from the athletic world into the celluloid one. Arnie could have also nailed this part a couple of decades before Bautista gave up the wrestling ring for days spent having full body paintings and anger issues. 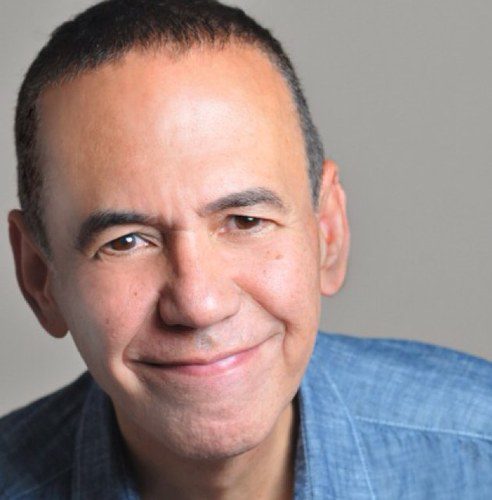 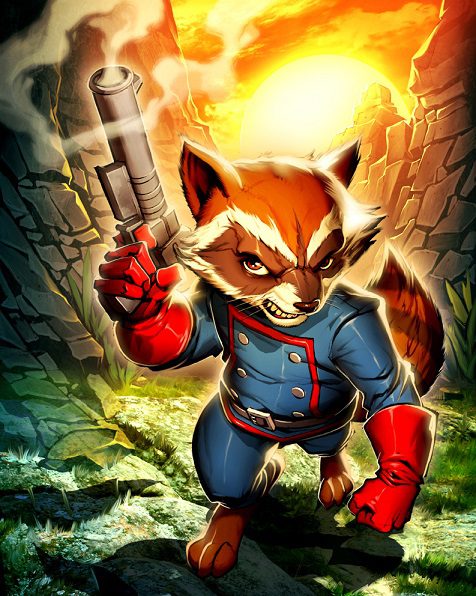 Foul mouthed, furry little psychopath with a bad attitude and a badder mouth? Ladies and gentlemen, I give you, Mr. Gottfried! If you don’t know who Gottfried is, WHAT HAVE YOU BEEN DOING WITH YOUR LIFE!?!? Gottfried was a stand-up comic, appeared in SNL for a little while and, probably most famously, voiced Iago in Disney’s Alladin. If you really want to hear what he can do though, check out the movie, The Aristocrats, though be warned; it is not for the faint of heart or the easily offended. Luckily, Rocket Racoon is neither of these things and the two would be a match made in furry, foul talking heaven. 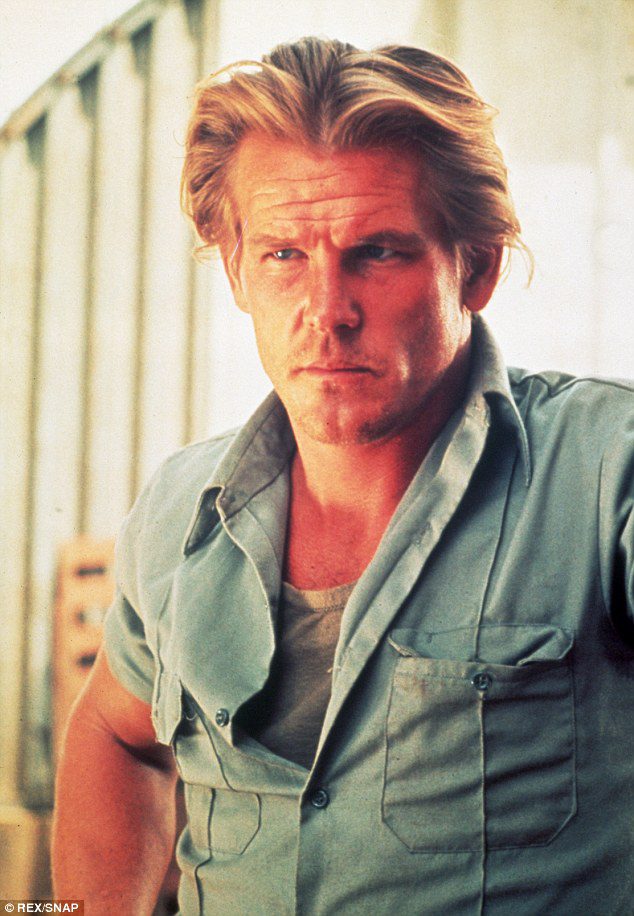 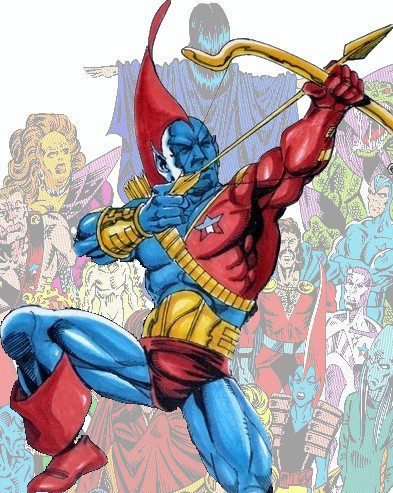 Nolte can do grizzled hard ass in his sleep and according to his ex-girlfriends, he does! Okay, so I’m not really sure about that last part, but Nolte would do a grand job of bringing the tough and pretty damned humorous Yondu to life. He has proven since ’84 that he has the chops for action, humor and to bring a real charisma to his characters and with a lick of blue paint and a brake light inserted onto the top of his skull, he’d play a Yondu to be remembered. 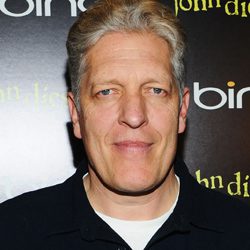 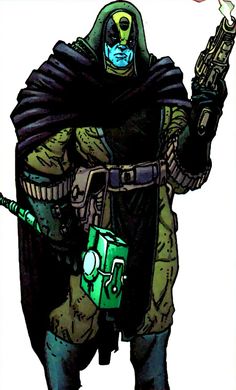 Clancy Brown is far more famous than possibly even Clancy Brown knows. Not only do most fanboys know his face from the first (and only, in my opinion) Highlander movie, he also played the bastard guard we all loved to hate in Shawshank Redemption and was responsible for quite possibly the greatest iteration of Lex Luthor ever committed to screen by voicing the character in the Justice League animated series. Brown brings a physical presence and a theatrical voice to die for in his acting, combining to provide a truly threatening presence. In the guise of the homicidal, Kree loving, Xandar hating, would be universal dictator, Brown would be a worthy foe indeed. 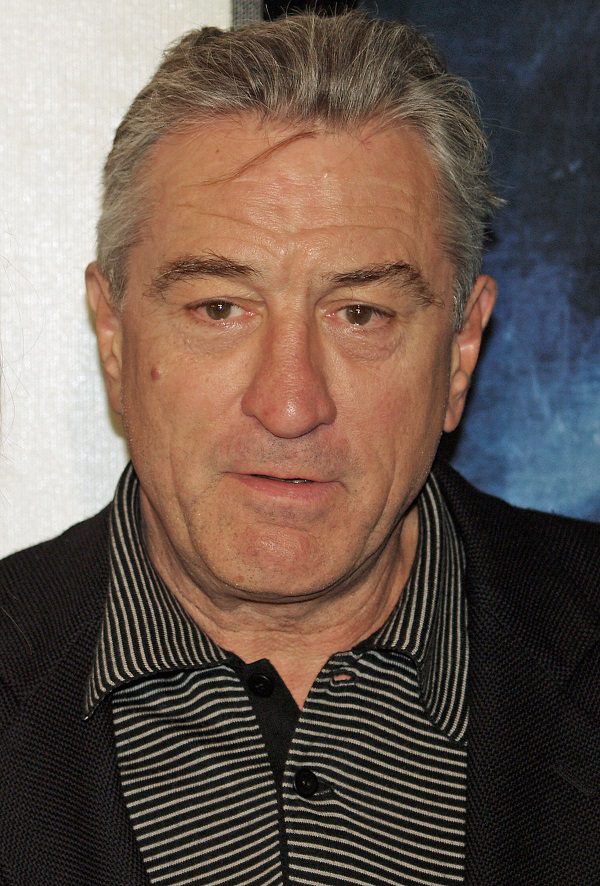 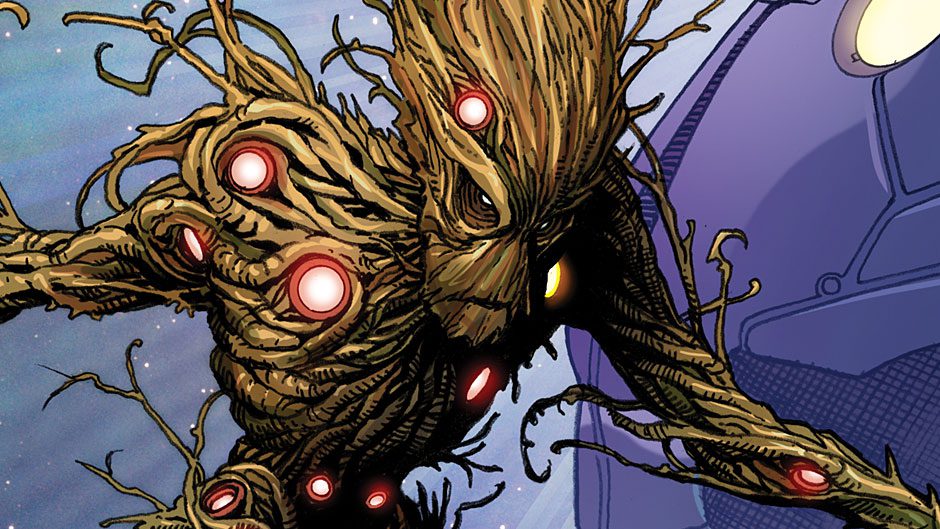 Look, with 80’s effects being what they were, there is a pretty good chance that Groot would be played by a pot plant on roller skates. But having an actor of DeNiro’s stature saying “I Am Groot” over and over again is too good an opportunity to miss and might redeem the dodgy FX somewhat.