Red Hood fans got a peek at Jason Todd’s radically new look in this week’s issue of DC Nation. Pete Woods is taking over for Dexter Soy, who had a spectacular run with the character, and has totally revamped the character’s appearance, starting in Red Hood and the Outlaws #26.

Jason Todd’s iconic mask is no more, he’s actually rocking a hood and has adopted a look very similar to Mortal Kombat’s Subzero and Scorpion. On top of that, he has what appears to be a katana sword and a crowbar (I think we all know the meaning behind that), with no sign of any guns. And he has his own logo – which could be because of what happened at the end of issue 24 and has yet to transpire in issue 25. 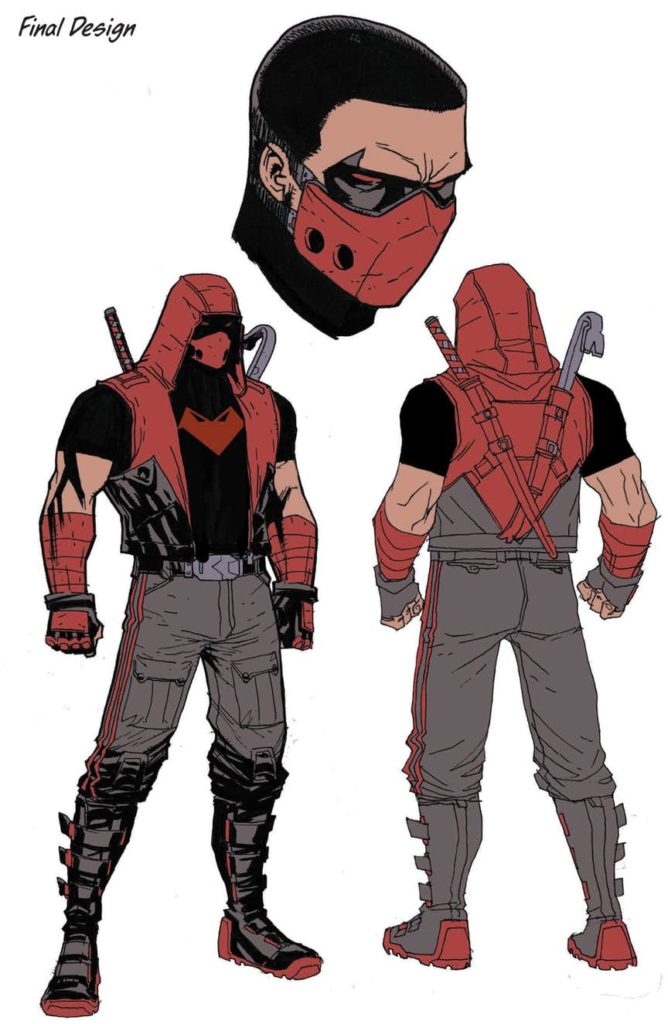 Going back to Soy, he drew the character better than anyone else. He brought out the character’s raw edge perfectly. He also didn’t give the mask a face, which is VERY important.

No one will draw that version of Red Hood better.

Which is a major reason why I like this decision. Why try to keep up with or outperform Soy? It’s not possible.

Furthermore, this intense look reflects the means streak all Red Hood readers expect Jason Todd to go on after what transpired with Penguin in Red Hood and the Outlaws #24

I wouldn’t say abandon his last look altogether – though I would keep the logo because it’s close to Batman’s, but it’s not so…well, on the nose anymore. The mask and leather jacket will always be the look I think of when Red Hood comes to mind. But we see characters constantly change looks. It’s a part of comic books. Sometimes they’re brutal, but usually they’re a lateral movement. Every once in a while, though, they get it right.

Woods did exactly that. What are your thoughts on the new look? Let us know at @The_Gww

Have you seen this:
BERMUDA # 2 (REVIEW)