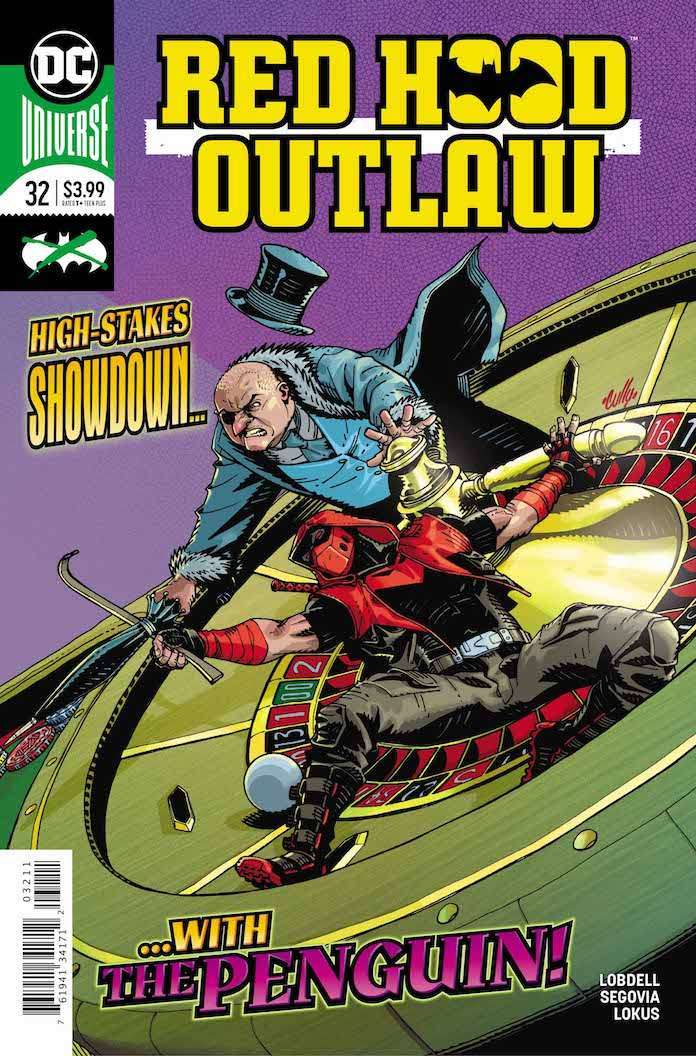 Red Hood: Outlaw #32 is a significant change of pace from anything Jason Todd has ever tried before. Red Hood doesn’t throw a single punch the entire issue. Heck, he doesn’t even rock his Red Hood outfit. This is completely a Jason Todd operation.

Jason is making another move at infiltrating the Gotham underground by taking over Penguin’s Iceberg Lounge. He’s somehow become the new owner. And man, Jason knows how to pull off the role of billionaire, borderline crime boss.

Red Hood is always at his best when he shoots first, asks questions later. His continuous battle to not be Batman typically requires a decent amount of violence, with a few deaths to put the icing on the cake.

This is a risky move by Scott Lobdell. But it looks like he knows exactly what he’s doing with Jason Todd — per usual — with this new direction. Though this act came out of nowhere, it looks like Jason has had this plan in place for a bit of time. That could just be his superior intellect at play.

He has a mix of old enemies (the Sisters Su) and new friends (Wingman and Bunker) working for him. From the looks of it, Bunker is his new right-hand man. A powerful being with the potential to create chaos if steered in the wrong direction, sound like anyone else? Jason definitely has a type when it comes to those he develops close relationships with.

Not to be ignored in this is the fact he’s returned to Gotham. If you somehow missed it along the way, he’s not supposed to be there. Which means Batman isn’t happy he’s around. And, of course, he doesn’t trust Jason and whatever scheme he has at play.

They cross paths in Red Hood: Outlaw #32 when Batman pays a visit to the Iceberg Lounge, and it may be Jason’s greatest chunk of dialogue ever. He runs Batman up and down, letting him know Red Hood may be a scoundrel, but Jason Todd is untouchable.

Lastly, Stephen Segovia took over the penciling this issue. He got rid of Jason’s buzz cut, or whatever Pete Woods had given him before — a smart move. Definitely not the looks of a “businessman.” Jason also looks less bulky. We’ll see if that remains the case if suits up as Red Hood under Segovia’s watch.